Air Duels: P-38 vs. Me 410
27 November 2015 Special
Attention! This news was published on the old version of the website. There may be some problems with news display in specific browser versions.

Take part in Air Duels whilst flying the P-38 Lightning and the Me 410.
Destroy enemy aircraft and receive 'Supply Boxes' containing valuable items!

Today, players can take to the skies and choose to either act as Guardian Angel for the Flying Fortress whilst flying a P-38, or as a vigorous hunter piloting one of Germany's hornets, the Me410. However, what if history was different and the Germans had the “Flying Fortress”?  On this weekend's events, We prepared a mission for you where Me-410 will be protecting it’s bombers while P-38’s will try to shoot them down at the speed of “Lightning” thus proving its name.

We have prepared several special missions in which the Me-410 and P-38 will be tasked with escorting allied bombers so that they may destroy the enemy.

Vehicles that can participate in the special:

Earn "Supply Boxes" with prizes for every 50 destroyed aircraft: decals, discounts for premium US aircraft, back-ups and other valuable prizes!

If you destroy 150 aircraft in 4 days you are guaranteed to receive a decal set! 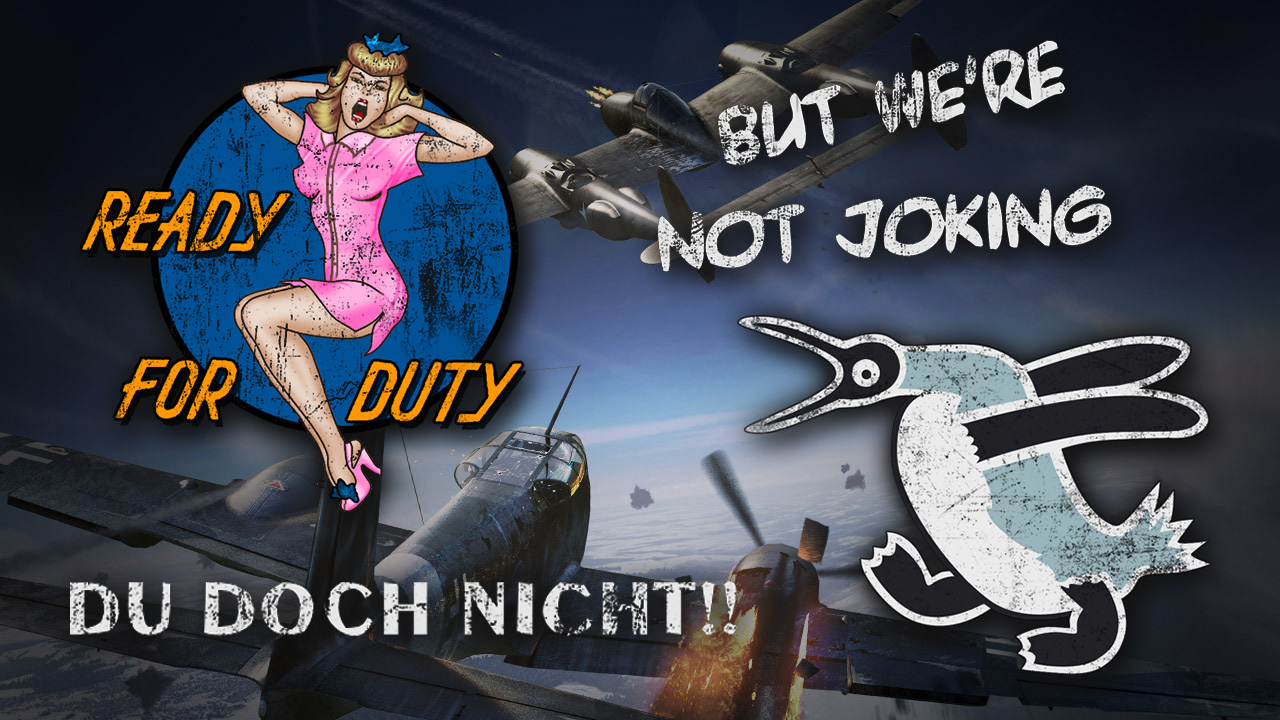 With Update 1.53 “Firestorm” we have significantly expanded the line of the P-38 Lighting. Right at this moment, the aircraft is represented in the game in five different variants: XP-38, P-38E, P-38G-1, P-38J and P-38L. "Lightning", created by American aircraft engineer Clarence Johnson. It forever entered the annals of aviation history as the most popular aircraft of all time, also due to its design with a non-traditional, two-beam layout.

In October 1943, B-17 bombers of the US Eighth Air Force attacked the Schweinfurt ball-bearing factory in central Germany. Without escort for the last stage of the mission, the bombers suffered heavily; 60 were shot down, more than 100 took damage. It became known as "Black Thursday", final proof that unescorted bombing was unsustainable. The Luftwaffe also took losses, 31 fighters were shot down by the bombers. A "Combat Box" formation of B-17s presented formidable defensive firepower, breaking up the formation made it much easier to attack individual bombers.

The USAAF needed fighters with the range to escort bombers all the way to the target, the Luftwaffe needed fighters carrying rockets and heavy cannon to break up formations and destroy the tough bombers. As a result, from late 1943 twin-engine fighters clashed in the skies over Germany: the Lockheed P-38 Lightning long-range escort, and the Messerschmitt Me 410 Hornisse (Hornet) formation-breaking bomber destroyer.

In the game, the P-38 and Me 410 series are found from Rank II to Rank IV. As twin engine fighters, they do not perform well in turning dogfights. The best tactic to use against other aircraft is "boom and zoom" - from higher altitude, dive down on an enemy (all Me 410s and the P-38L have dive brakes to help control the dive), and open fire. If you do not score a kill, continue diving out of range before climbing back up to higher altitude to repeat the process - be careful of climbing too soon in case your opponent gets a shot back at you. Having an altitude advantage is key to this technique, so climbing at the start of a match is important.

The P-38 and Me 410 both have powerful nose-mounted armament, well suited to head-on attacks, unlike wing-mounted guns that converge at a specific distance. If an opponent is heading straight for you then open fire at long range, around 1.5-2km (1-1.2 miles), then start a barrel roll around 1km (0.6 miles) away to avoid return fire. Head-on attacks are risky, but if facing a higher rank enemy with superior performance they can be your best chance.

The P-38 series keep the same armament while getting progressively more powerful engines, so the general play style does not change too much between the variants. They perform well against enemy fighters, especially after unlocking performance upgrades; “boom and zoom” if you can, and use vertical manoeuvres to preserve energy. The later variants can carry bombs or rockets, but this hampers performance.

The Me 410 series are more varied, with significant changes in armament. The later heavily armed variants are typically outperformed by other fighters of the same rank, so are more suited to attacking bombers than fighters. The 50mm cannon of the U4 variants can wreak havoc on ground targets and bombers, but makes the aircraft unwieldy to fly and even more vulnerable to fighters. The final variant, the Me 410 B-6/R3, has a pair of 30mm MK103 cannon; these are devastating in head-on attacks, and with the Armored Targets belt unlocked High Velocity Armor Piercing (HVAP) ammunition can easily destroy light and medium tanks (aim for the weak rear armor of heavy tanks), making the B-6/R3 a very useful all-purpose aircraft.

When facing off against each other, P-38s from the G onwards hold the upper hand in speed and manoeuvrability; they should avoid head-on attacks with the more heavily armed Me 410, and seek a more advantageous engagement. The Me 410, if not able to meet an attack head-on, does have a couple of tricks up its sleeve: applying the dive brake when pursued can cause an attacker to overshoot, hopefully giving you a shot as they fly past, though it leaves you a bit of a sitting duck if you miss. It also has a pair of rear guns; best not to rely on them for protection, but you might get a lucky shot. The final victory of P-38 Ace James "Slick" Morris was over an Me 410, but his aircraft was damaged by the rear gunner, Morris was forced to bail out, and was captured.

In conclusion, the P-38 series are a fine all-round choice for US fighter pilots, with a good punch against fighters and medium bombers. Climb at the start of a match, keep your altitude and energy up, and do not try and turn with lighter single-engine opponents. If you like to hunt down heavy bombers or ground targets, then the Me 410 offers fearsomely destructive armament; try and avoid one-on-one fights with enemy fighters, but keep an eye out for the opportunity to attack enemies distracted by your teammates.

Want to read more about the vehicles and aircraft in War Thunder? Find other Vehicle Profiles on our website!

Which aircraft is better? See you  in the skies of War Thunder!