USSR's most produced: The Yak-9
18 November 2015 Profile
Attention! This news was published on the old version of the website. There may be some problems with news display in specific browser versions. 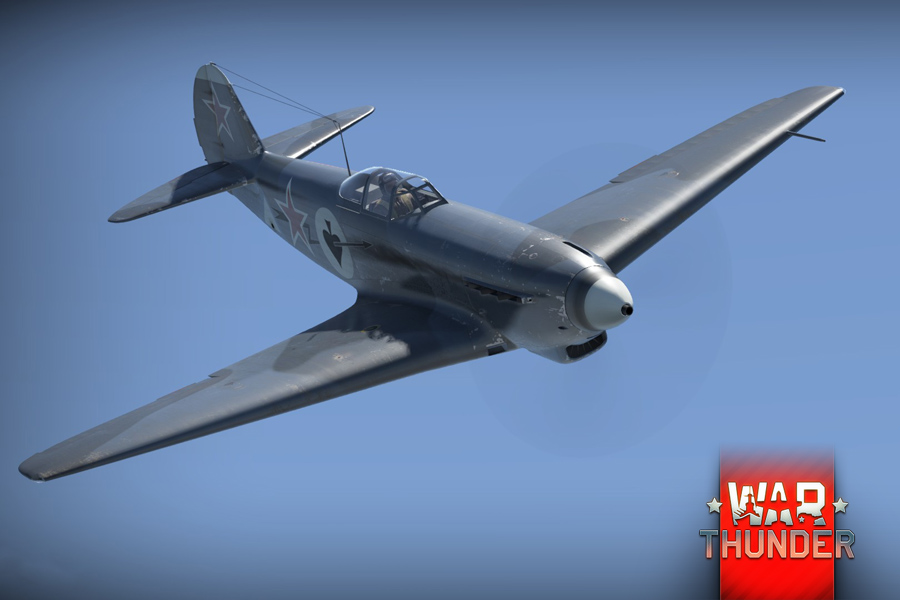 There are so many Yakovlev Bureau planes in War Thunder that there is probably no point in trying to describe all of them that are present in the game in one article. The Yak line starts with the Yak-1, which made its maiden flight in 1940 and finishes with the Yak-17 that rose into the skies in 1947. However, we will spend today examining the Yak-9 and its modifications. It was the fighter with the greatest production run in the Soviet Air Force during the Second World War.

The first Yak-9 took off in 1942 as a further development of the Yak-1 and Yak-7. The Yak-9 was significantly superior to both of its predecessors and it took in all of the experience that the engineers gained working on the previous aircraft as well as the experience of their usage in real combat. More materials such as duralumin were now used in the construction of the new plane as there was less of a shortage of it by 1942, which had a significant impact on all of the flight characteristics. The external appearance of the Yak-9 was very similar to its predecessor the Yak-7, but there was far more potential in the construction of the Yak-9 which allowed for the development of many different modifications of the fighter in the future. Let’s have a look in more detail at these modifications and about the way they are used in War Thunder.

The first aircraft in the Yak-9 family is of course the Yak-9 which is available at rank II. At first, it might seem that it is not that different to the previous Yakovlev aircraft – the armament is the same and the characteristics displayed in the Hangar are similar. This is definitely true, but the characteristics that are not written there also need to be taken into account – the experience and new materials used in its construction that have allowed for the Yak to be made lighter and more durable. The combat tactics still remain the same. “Altitude, speed, maneuver, fire”, – those were the words of comrade Pokryshkin. There are some things to remember: The Yak is not an Airacobra P-39 and you should not overly abuse the diving speed. Enter combat with a reserve of speed and try to level-off as the Yak is worse than any Messerschmitts in a vertical duel in every way. However, the Yak is able to give a good account of itself in a turning fight against any opponent. But if a Yak gets into a dogfight with a Spitfire, a turning fight at the same altitude will not save you – you should try to attack the opponent during passes without losing speed.

One of the interesting additions in patch 1.53 was the Yak-9B – the bomber version of the Yak. The respectable bomb load, which is stored inside the fuselage of the aircraft so it does not decrease the maximum speed, as well as the same cannon and machine gun armament mounted on the fighter version are its main advantages. One of the negatives is the relatively long time taken to drop bombs due to the design of the bomb bay as well as the aircraft’s center of gravity being further back. The plane has decreased stability as a result. The aircraft is used with a bomb load when attacking ground targets and without when going against aerial targets.

When players reach rank III they can get two aircraft with some of the best armament: The Yak-9T and Yak-9K. The first of these was designed to increase the firepower of the fighter and given the 37mm NS-37 cannon and the T index, which stood for “Tank Hunter”. This plane isn’t just one of the most popular Yaks among players – it is also one of their favourite fighters in all of War Thunder. The Yak-9T is deadly in the air and very dangerous in head-on attacks – the 37mm cannon has a relatively high rate of fire and is positioned in the nose of the aircraft, ensuring high accuracy. One hit is often enough to down an enemy fighter, while enemy bombers require one to four rounds. It is better to use single shots, as the cannon barrel heats up significantly after 2-3 shots and the spread increases.

By the way, the 37 mm weapon with its armour piercing rounds can also be useful in fighting enemy armoured units. The Yak-9T can even damage Tigers when shooting at the top armour plating of the vehicle from a steep dive (less than 90 degrees).The Yak-9K (Large Calibre) is armed with an even more powerful weapon, with a calibre of 45mm, the HE rounds tear any air target to pieces, but it is more difficult to shoot using the main armament of this fighter.Some of the later period Yaks are ready for players at rank IV – each one better than the other. These are the Yak-9U (Improved), the Yak-9P (Cannon) and the Yak-9UT that combined all the advantages of the “improved” Yak and the Yak with a 37mm cannon.

These aircraft received the VK-107A engine instead of the M-105PF, which significantly improved their flying characteristics and allowed for a heavier armament to be installed. Thanks to a combination of 20mm, 23mm, 37mm and 45mm weapons these Yaks are simply stunning in terms of firepower. The combat tactics are the same as with the earlier Yaks but the increased density of firepower and improved flight characteristics allow them to combat any type of air target much more successfully, often putting paid to them with a single burst.

Every modification of the Yak-9 is great because of its flexibility – it always allows you to adapt to the situation without being limited by particular dogfight scenarios similar to the way that pilots of early Spitfires and Zeroes were versatile. On the contrary, a player flying a Yak has access to a great range of different tactics for every occasion – you can use passes, joust on the horizontal, use descending turn maneuvers and sometimes (against early Spitfires and Hurricanes) it is possible to use boom and zoom tactics. You should just remember to maintain speed and be aware of the flutter that can catch a Yak pilot unawares. Everything else is fine with the Yak. Contrary to common opinion, even the armament of early Yak-9 modifications are very capable and effective in the right hands, as even the low ammo load of the 12.7mm Berezin machine gun and the 20mm ShVAK cannon is compensated by the advantageous placement of both weapons on the nose of the plane.

Interested in learning more about the Yak-9? Check out this video from TheOrangeDoom taking out the Yak-9UT for a spin!