ZiS-30
5 October 2015 Vehicle Profile
Attention! This news was published on the old version of the website. There may be some problems with news display in specific browser versions. 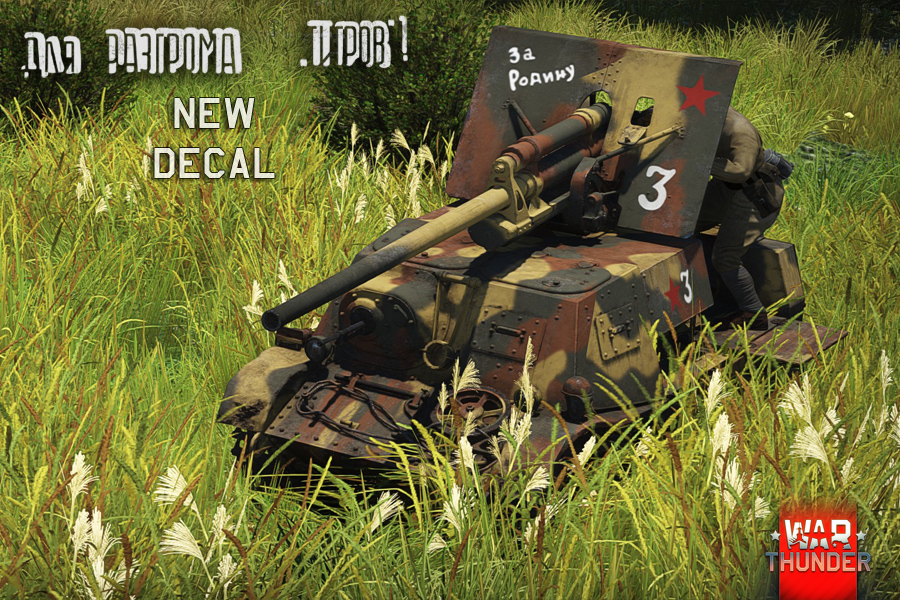 Regarding armour protection, the frontal armour is 10mm (0.39‘‘) thick, with the lower glacis being sloped under 49°, the upper glacis having a slope of 26° and the joint between the upper and lower glacis being sloped under 68°. The frontal machine gun mount is protected by a 10mm (0.39‘‘) armour plate. The side armour is 7mm (0.28‘‘) thick with a maximum slope of 18°, while the rear armour is not sloped, having a thickness of 7mm as well. The gun shield is 5mm (0.2‘‘) thick.

The ZiS-30 is the first Soviet tank destroyer on the Soviet tech tree, and aside from the rather unusual looks, it possess three main major advantages – small dimensions, great speed and maneuverability, and a fantastic gun for its tier. With its good top speed and acceleration, it can move very quickly across the map. It is also comparatively a very small vehicle, so it can be a very hard target to hit especially at long range. Its gun has virtually no problems when penetrating anything on the given BR spread (eg. 2.3-3.3) and features a fast rate of fire and flat trajectory, making the vehicle a suitable long range sniper. As the gun is mounted onto the roof, the vehicle has a reasonably tall profile. This is both an advantage and disadvantage – it compromises your cover which allows you to be spotted easier, but at the same time, you can shoot over lower obstacles while exposing only the gun shield.

Be sure to read more about the ZiS-30 on the Official War Thunder Forums!

Read more about the history of the ZiS-30 and
join the discussion on our forums!