Summertime Madness
6 August 2015 Special
Attention! This news was published on the old version of the website. There may be some problems with news display in specific browser versions. 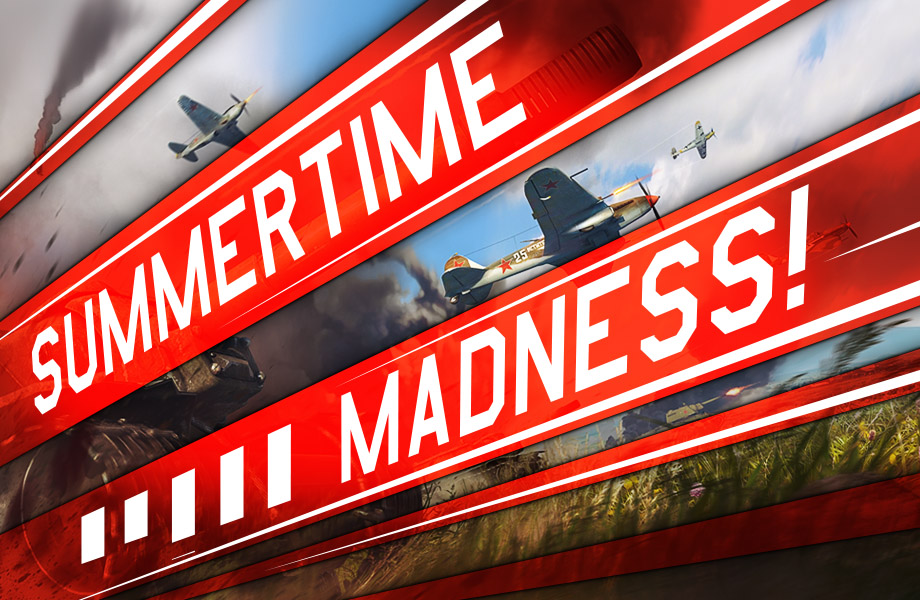 An unprecedented prize fund, bigger than never before!

This time we prepared not only tasks and prizes but also an unusual game event: from August 6th to August 17th complete the tasks to get a ticket for the “March to Victory!” tournament with total prize fund of more than 500 000

where mighty walking tank ST-1 will be available.

Every day we will introduce new tasks to complete, both in the skies and on the ground. The prizes will be

“Madness trophies” - you can win tickets for the “March to Victory!” tournament, premium vehicles and other prizes!  Completing all 20 tasks both in the skies and on the ground you will reward you with a unique “Madman!” title!

Every day “Madness trophies” will become more valuable and will offer better chances to get the premium tank KV-1B (Germany), P-63A-10 (USSR) premium aircraft and tournament tickets. Apart from completing the tasks, the tickets can be purchased in the “Events and tournaments” tab (after the start of the tournament) or in the item shop as a part of a minor and major “Madness trophy”.

Rewards for “March to Victory!”:

Madness in the skies

Madness on the ground

Complete Madness Tasks, take part in the Madness tournament
and be a part of War Thunder “Summertime Madness”!