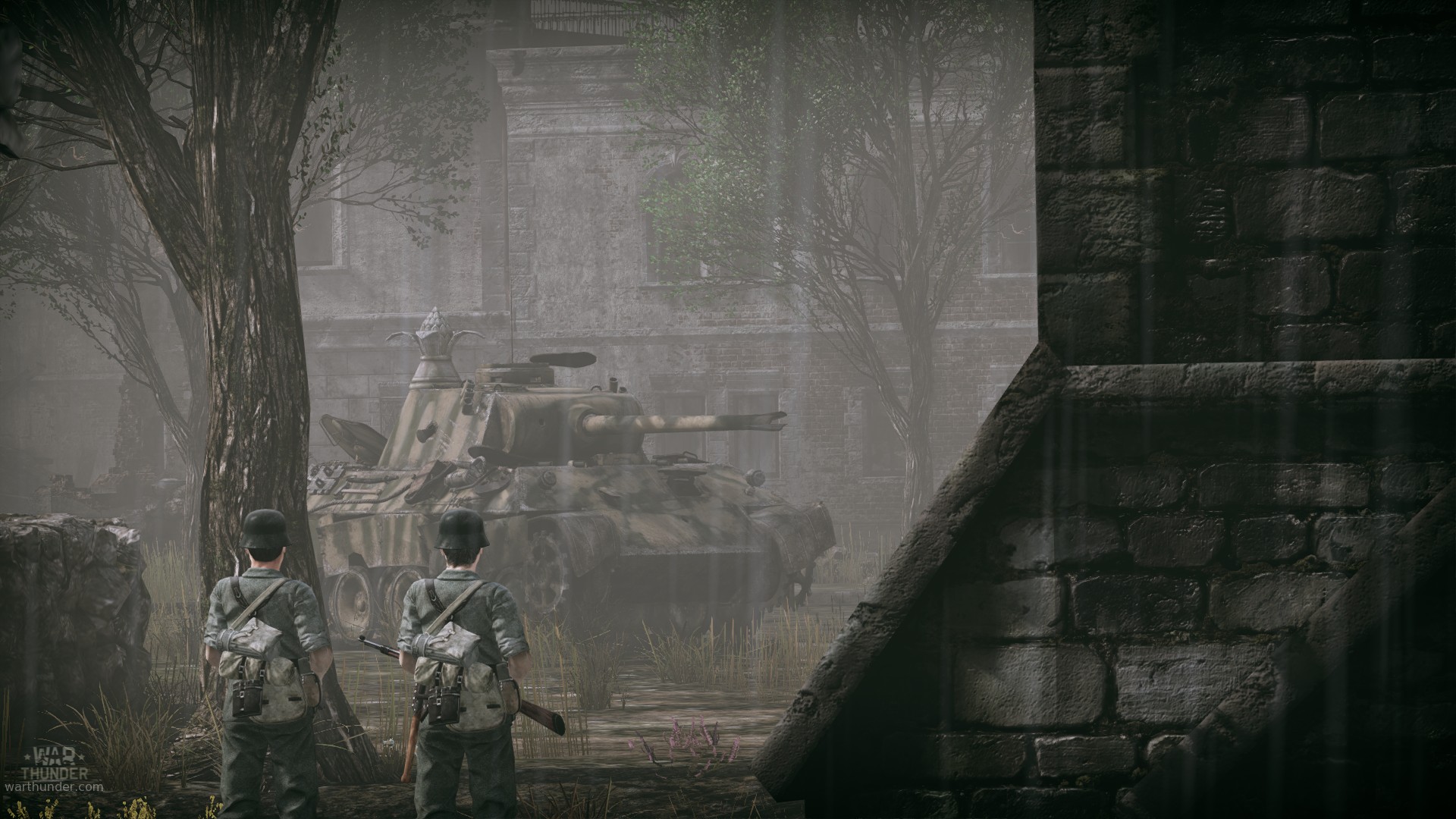 Destroyed Pzkpfw V Panther Ausf. D in a town ruins, created by one of the Screenshot contest competitors

At this time, War Thunder does not have a British ground vehicle tree in the game, but we thought you might be interested in this little anecdote in regards to British armour. The “Brit tankers” of World War Two, especially their commanders, belonged to a breed of men with stiff upper lips and demanded that their tea or “tiffen” time wasn't interrupted. Regular large supplies of the leafy brew had to be provided so that they could perform their “cavalry” duties to good effect. Hard wearing, and generally unaffected by the bad times, these chaps pushed on through thick and thin.

Wilfred Harris was born in 1911 in Walsall, Great Britain. During the inter-war years, he was part of the 4th/7th Dragoon Guards, a tank regiment. He left the army in 1935, but re-enlisted at the outbreak of war in 1939. He served in France, and even survived the battle of Dunkirk without injury. His most prominent feat would be recorded in Normandy, in 1944, where he served as a tank commander of a Sherman Firefly.

After launching a successful attack on the Germans at the village of Lingevres, Harris and three other Sherman tanks were tasked with establishing defensive positions in the village. While surveying the area through his binoculars, out of his open cupola, he spotted two Panthers approaching the village at around a kilometer to the East. He told his gunner to fire at the first one, promptly destroying it with one shot. He then gave the order to fire at the second one, rendering it completely useless, again with one shot. Having decided that this area was clear of enemies, he relocated to a new position on the other side of the village and established a firing position behind several oak trees. Just like before, he saw enemy Panthers closing in - three this time. However, they had not seen him yet, and he had the element of surprise. He ordered the gunner to fire at them the same way he did with the others - and the three Panthers were destroyed in three shots.

It is especially impressive considering that the Sherman Firefly was, overall, inferior to the Panther tanks. However, Harris’s skill as a tank commander, and the accuracy of his gunner, ensured that Harris would be marked down as one of the British aces of World War II.

With an upcoming update, we will add the
Emblem of the 4th/7th Dragoon Guards:

Are you hyped for the British vehicles as much as we are?
Tell us more what is your favourite british tank!