P-51D Daddy's Girl
24 April 2015 Weapons of Victory
Attention! This news was published on the old version of the website. There may be some problems with news display in specific browser versions. 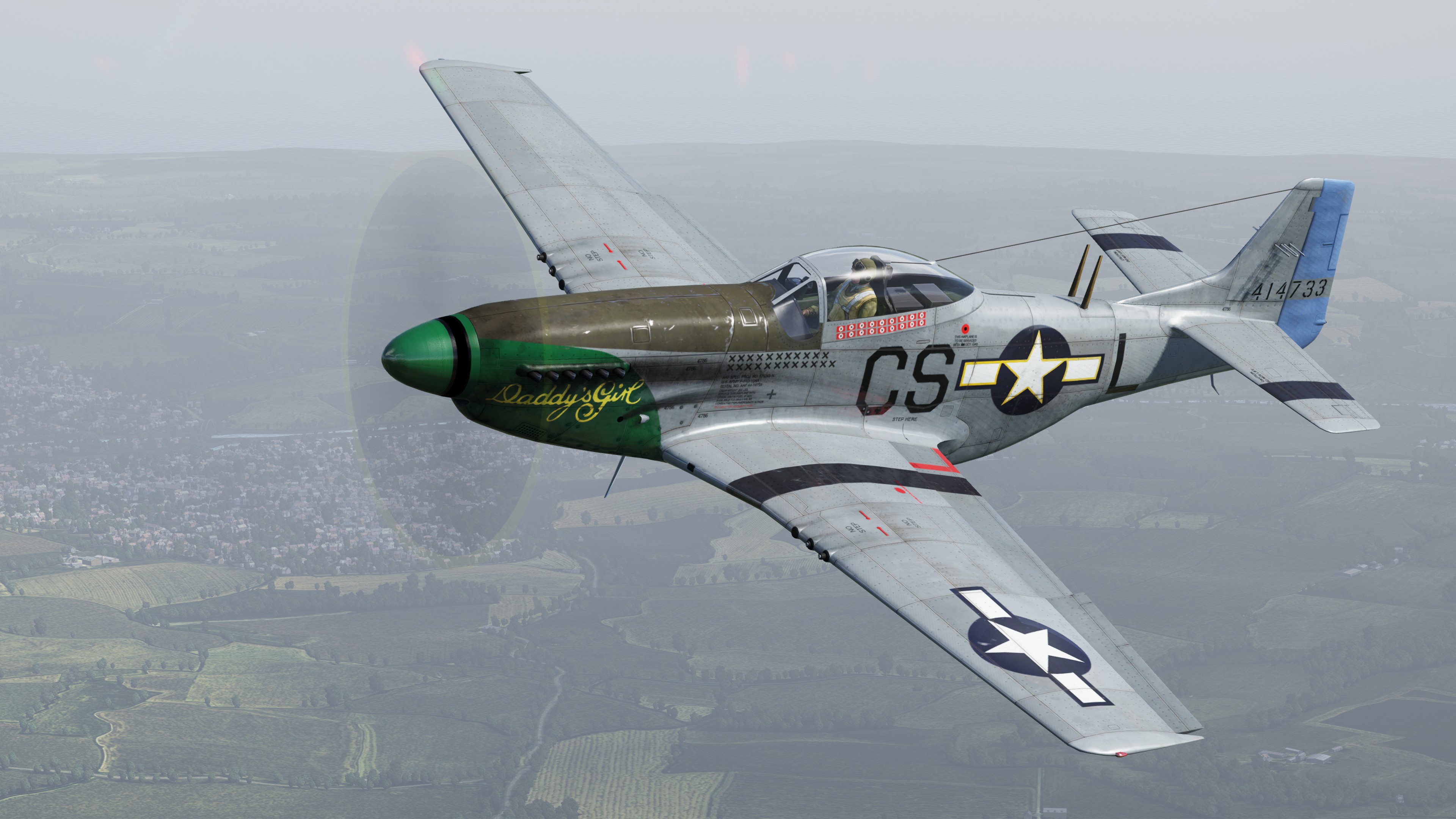 Born on September 30th, 1923 in the small town of Kerman, California, Ray S. Wetmore was the eighth best US fighter pilot in World War II's European Theater. At the age of 21, he held the rank of Major.

In November 1941, an 18-year-old Ray Wetmore was called into military service and entered flight school, which he finished eight months after the training started. In March 1943, he entered active service in the newly-created 359th Fighter Group which was based at East Wretham, Norfolk in Great Britain. As part of the 370th Fighter Squadron, Ray achieved his first 4.25 personal victories between February and March of 1944, flying a Republic P-47 Thunderbolt.

After retraining to fly a North American P-51 Mustang, a 20-year-old Wetmore achieved the title of ace, shooting down two Bf.109s on May 19th, 1944. The young lieutenant flew an aircraft bearing the legend “Daddy's Girl”. There were several planes with this title in the 359th Fighter Group at that time. All of Wetmore's fighters – a P-47D, a P-51B and a P-51D – bore this name. By the end of May 1944, the number of Ray Wetmore's victories had reached 8.25. In a little over a year of military activities, Ray had shot down 15 enemy aircraft and been promoted to the rank of Captain.

The two tours of duty that Wetmore served made him a witness to the downfall of the Luftwaffe. Nonetheless, Germany's air force was still showing its teeth. On November 27th, 1944, Captain R. Wetmore and Lieutenant Р. York engaged in a skirmish with almost a hundred Bf.109 fighters to the north of Munster. As Wetmore himself said later: "To defend ourselves, we had to attack." Three Messerschmitts were shot down in the conflict. The Americans escaped the battle without loss.

Captain Wetmore's next success was on February 14th, 1945, when he shot down three Fw.190s in one day not far from the Dümmer Lake airfield. His wingman took down a fourth enemy plane. In total on that day, the entire 359th Fighter Group recorded 4.5 victories. Ray S. Wetmore achieved his last victory on March 15th, 1945 near Wittenberg, destroying an Ме.163 rocket fighter. While he was chasing the Me.163, the air speed indicator on Westmore's P-51D 44-14733/CS-L showed 600 miles per hour. In total, Major Wetmore completed around 142 combat flights throughout World War II, achieving 21.25 air victories and 2.33 ground victories.

Major Wetmore died on February 14th, 1951 when the Republic F-84 Thunderjet he was flying crashed.