Panzerkampfwagen VIII "Maus", Part II
5 February 2015 Historical
Attention! This news was published on the old version of the website. There may be some problems with news display in specific browser versions. 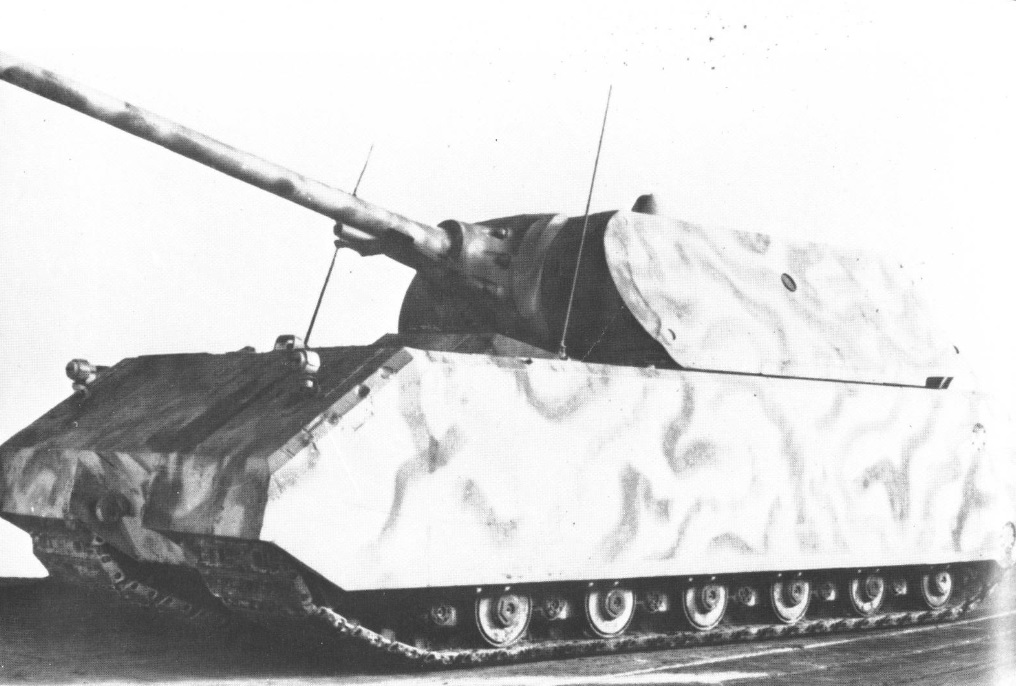 We continue our series of articles, in which we discuss the development of the Pz.Kpfw. VIII 'Maus'.
After taking a look at ideas and visions leading to the development of its prototypes,
we will take a closer look at the infamous German vehicle that got past the firing range tests.
Read the first part of the series here!

After testing the preliminary layout of the vehicle on previous models, Ferdinand Porsche showed Hitler a wooden model of the prototype “Mäuschen”. This variant appeared as weighing in at 179 tonnes. Immediately after this demonstration the plan for the project was approved in Berlin, the plan included building 2 experimental models before the end of 1943. The team rushed to complete the project objectives, they expected to use the already tested suspension of the VK.4501(P) (aka Tiger(P)) which was also used on the “Ferdinand/ Elephant”.

But the Heereswaffenamt (German Army Weapons Agency) asked the designer to mount a flamethrower with a 1000 Litre capacity reservoir on the “Mäuschen”. The overall weight with additional armament increased by almost 5 tonnes. which meant that the chassis had to be reworked since the mass had been increased as well as the size of the vehicle.

In early April of 1943 a model with all the changes was shown to Albert Speer and later, on the 1st of May, to Hitler and the German military representatives (that’s when Guderian expressed his disapproval). During this very meeting the project received the name “Maus”.

The designers again faced the problem of choosing which armament was to be used on the machine. In July 1943, specialists suggested 4 variants and all of them had 75mm KwK L/24 as a secondary weapon. The suggested main gun was to be chosen from  AA, Naval and tank guns with calibres from 105mm to 128mm. The preferable weapon was a 150mm tank or naval gun. However, the 128mm KwK 44 L/55 cannon was chosen.

It should be noted that creating such a large-scale project as the heavy breakthrough “Maus” vehicle required close cooperation of several German industrial companies. Structural components were produced in 8 towns in Germany and Czechoslovakia in the factories of Krupp, Siemens-Schuckert, Škoda, Daimler-Benz etc. General assembly work without armament mounting took place in Spandau while the complete assembly was in done in Stuttgart.

The first experimental model of the Panzerkampfwagen VIII “Maus”  - Type 205 - was build in the “Alkett” factory from August the 1st to December the 23rd in 1943 and was sent to Stuttgart for final turret configuration.

The final part of the articles about the Panzerkampfwagen VIII “Maus”  will examine the testing on the Kummersdorf range and the ultimate fate of the project!