Wings of Victory: Yak-3
11 May 2013
Attention! This news was published on the old version of the website. There may be some problems with news display in specific browser versions.

Today is May  11th and we would like you to meet Yak-3, best single engine aircraft in WW2! First Yak-3 planes reached the front in summer 1944 and instantly proved its worth and won the recognition both by the pilots and the ground crew. Yak-3 was mostly used as tactical fighter flying low over the battlefield, there was hardly any match for this small combat airplane below 13,000 ft. Yak-3 became extremely popular and was put into production in multiple variants, beginning with “air taxi” modification and finishing with Yak-3T with one 37 mm and two 20mm cannons 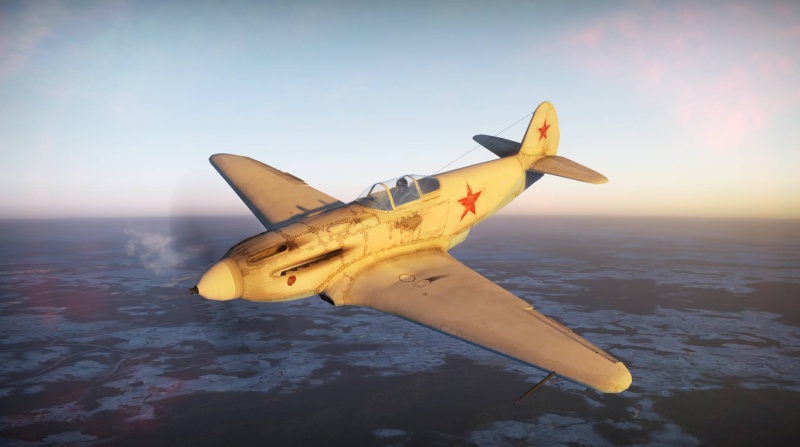 The Yak-3 was a Soviet single-engine fighter of the WWII era. It was the first combat aircraft designed by Alexander Yakovlev's construction bureau. The Yak-3 was a further modification of the Yak-1, produced in 1944 and 1945, with a total of 4,848 built, and considered one of the best fighters of the war. In February 1943 a new Yak-1M variant was completed. It was a further development of the Yak-1, differing from it mainly in lower weight and smaller wing span.

By September 1943 yet another improved variant was ready, designated Yak-1M Dubler, on which the canvas skin on the tail section was replaced with 2mm plywood, and oil and water radiators were improved. The Dubler also had a new mastless antenna, a ring sight instead of a reflector sight, improved armour and a new propeller. Test pilots were impressed by the new prototype. Their report stated in part: «Yak-1M possessed excellent horizontal, and especially vertical, maneuvrability. Top speed greatly improved compared to earlier serial-production Yaks. Despite improved performance, the aircraft remains easy to fly and does not require extensive pilot training.» Therefore, the new modification went into production, receiving a new designation, Yak-3.

One of the most memorable air battles for the Yak-3 took place on 16th July 1944, when the plane showed it could confidently engage superior enemy forces. On that day, 10 Yak-3s met 8 Bf-109s and 4 FW-190s, with the battle eventually growing to 18 Soviet and 24 German planes. In the end, 15 German planes were shot down, for the loss of a single Yak-3.