The British Sea Venom FAW.20 carrier-based jet fighter will be another new addition in War Thunder 1.57. Meet the first two-seat jet-fighter in the game! 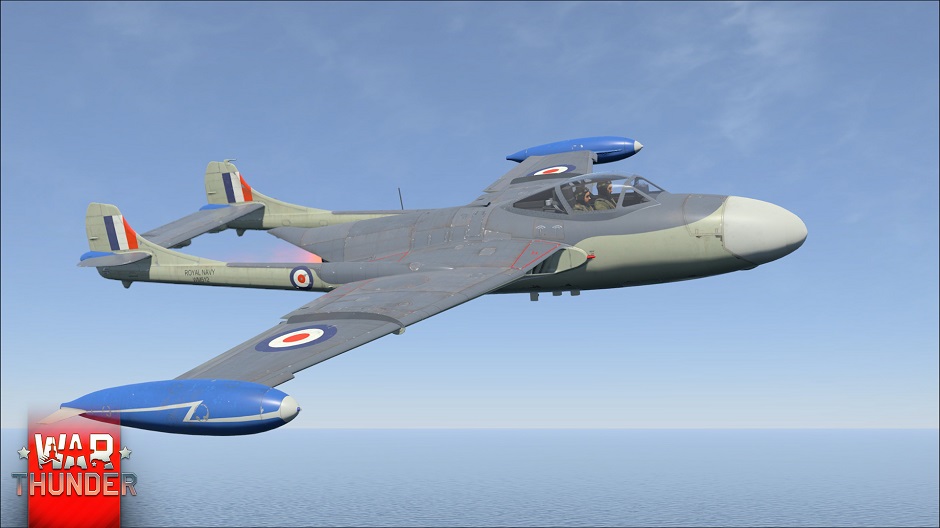 The carrier-based Sea Venom FAW.20 fighter appeared as a version of the two-seater (seats for the pilot and radar operator) ground-launched Venom NF.Mk2 fighter, fitted with radar equipment. At the request of the navy, the base interceptor was equipped with an arrestor hook, a “folding” mechanism to store the wings for convenient storage on aircraft carriers, and a tail bumper to protect the tail unit from strikes on the deck. The aircraft completed testing and went into service with the “all-weather fighter” designation (FAW – Fighter, All-Weather). This unusual two-seater aircraft is coming to War Thunder with update 1.57.

The Sea Venom model has been recreated by the War Thunder model artists in all its glory. Here we can see the unusually shaped arrestor hook, the complex wing “folding” mechanism and the large flaps with two-piece air brakes. 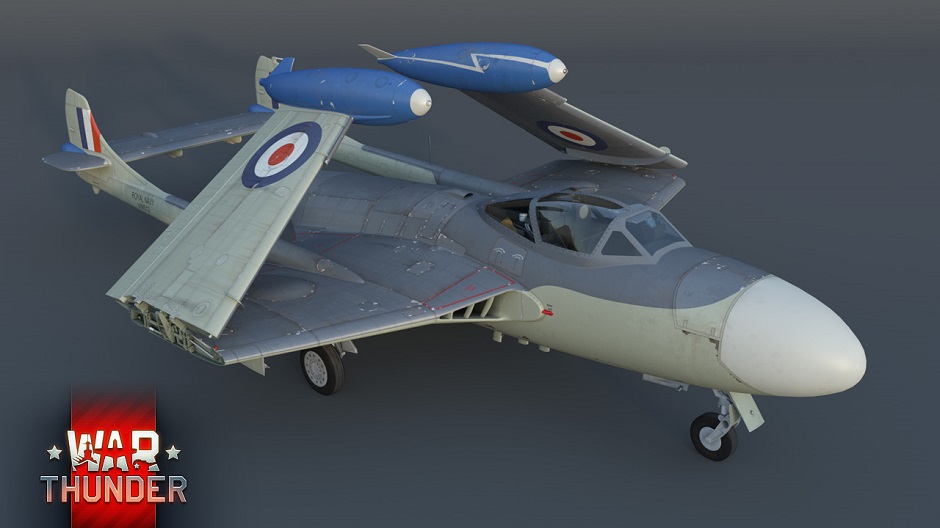 It is worth mentioning separately the function of wing retracting mechanism. The fighter was stored on an aircraft carrier in this way between flights to allow easy handling and better storage. This feature is not currently implemented in the game, but the in-game models are constructed with a view to improvement and addition in the future.

Four automatic 20 mm caliber Hispano Mk V cannons are mounted in the nose of the fighter. And of course, the aircraft’s main feature – a two-seater cabin, with the crew (pilot and radar operator) seated next to each other.

In War Thunder, the Sea Venom will appear at rank V of the British tree representing the Fleet Air Arm (RN). The de Havilland Ghost engine is capable of powering the aircraft to a very respectable speed of just over 620 mph(1,000 km/h), and the 4 rapid-firing Hispano cannons with 150 shots each allow it to deal with any opponent it meets in the sky. 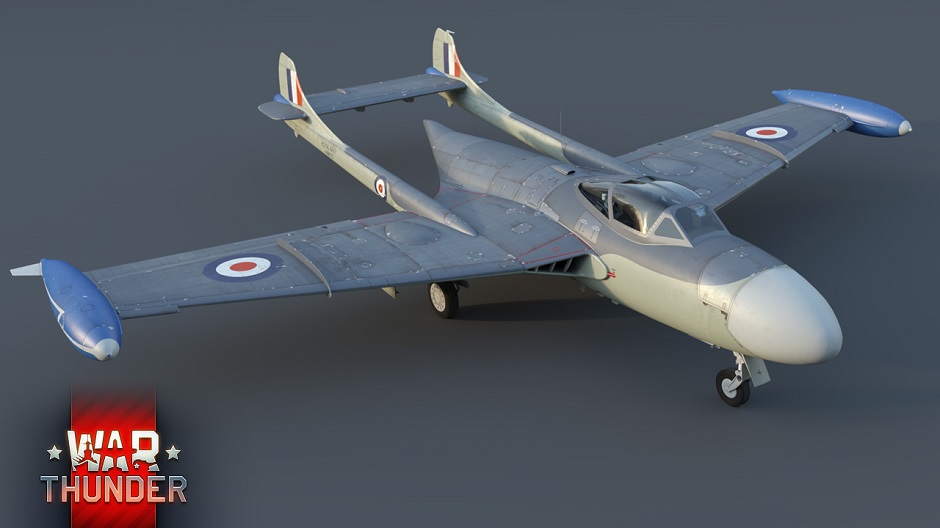 Most importantly -  Nigel, in his role as co-pilot will receive an up-to-date flight suit with this update!

The kind, starry-eyed gaze and encouraging smile of the radar operator sitting to the right of the pilot during gameplay from the cockpit is provided as a priceless bonus to all Sea Venom pilots. Meet the first two-seater jet-powered fighter in War Thunder update 1.57!