The Japanese heavy Ki-83 fighter, one of the heroes of the War Thunder 1.57 update, is capable of amazing things. What hides under the veneer of this twin-engine hulk? 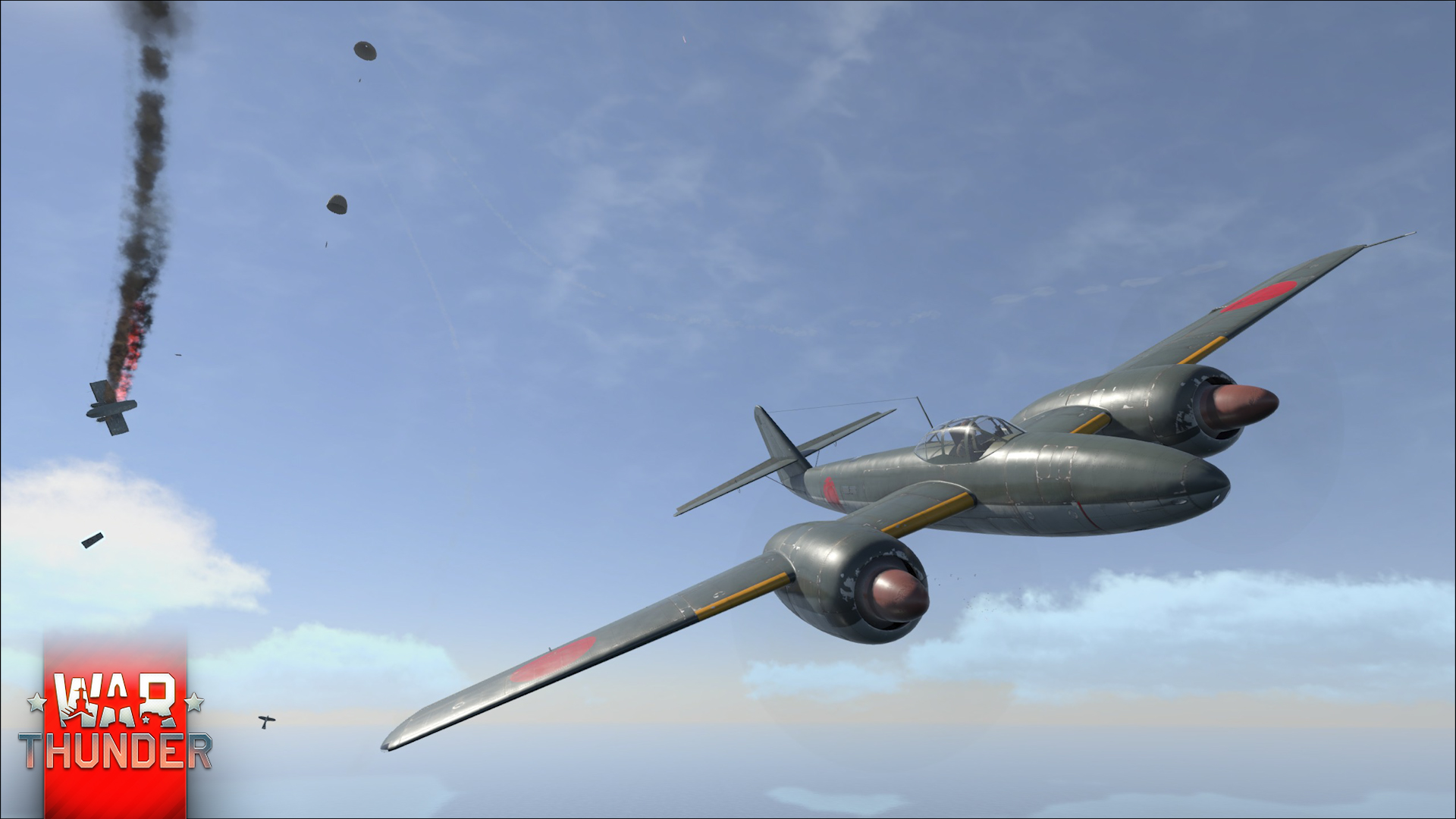 When experts of an American army research centre hurriedly restored the airframe of a captured prototype Japanese twin-engine Ki-83 and prepared it for a test flight, nobody suspected such exceptional flight characteristics from such a bulky airplane. The sole surviving example of the Ki-83, which was damaged by an air raid and then captured by the American army and brought to the USA, filled with 100-octane fuel and sent into the air. Imagine the surprise of the testers when the heavy Japanese aircraft reached an incredible speed in horizontal flight competing the best American single-engined fighters!

The Ki-83 is a Japanese twin-engine aircraft which has been long awaited in War Thunder. The Japanese heavy fighters are represented in the game by the line of Ki-45 modifications, along with the Ki-102 with its automatic 57mm cannon. All of these vehicles have excellent firepower (even including the “Schräge Musik” system for firing forwards and upwards) but all the models’ speed and maneuverability leave something to be desired.

The Ki-83 is a welcome change from the usual state of the Japanese twin-engine fighter and of heavy fighters in general. It’s fast, unbelievably agile for its dimensions, and fields more than acceptable weaponry in its two 30mm and two 20mm cannons, which are capable of destroying any opponent in the air in a short burst. It also has two small 50 kg bombs, just in case it needs to destroy small targets on the ground. The Ki-83 can escort friendly bombers and hunt enemy bombers without difficulty. It is also capable of fighting against other twin-engine aircraft (including the F7F-1 Tigercat) and even single-engine fighters.

The Ki-83’s potential for speed is immediately apparent in its in-game model. Flowing lines, no projections, even the cannons are recessed as deeply as possible into the front of the fuselage to create the minimum amount of drag. Moreover, the exhaust housing doesn’t extend above the aircraft’s surface angle – thanks to the inventiveness of the designers, they go through the turbocharger behind the engine nacelle.

Behind the deceptive appearance of the Ki-83 twin-engine monster hides excellent speed and maneuverability for a twin-engine aircraft, which, in concert with its powerful armament, makes it one of the most interesting aircraft in War Thunder 1.57. Look for the Ki-83 at the top of Japan’s twin-engine fighter line at rank IV. Good luck in the skies!