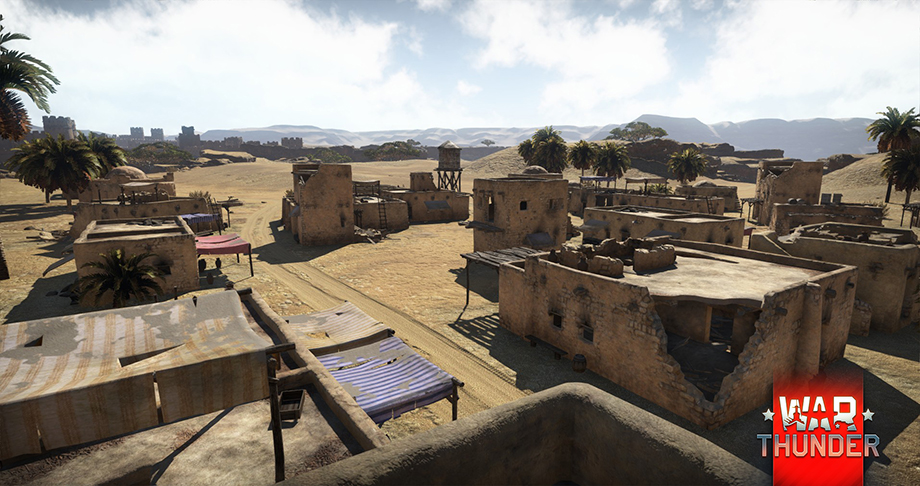 Prepare to get sand between your toes, North Africa makes its much anticipated appearance in War Thunder, we hope you enjoy battling it out in the new maps as much as we did in designing them for you - and don’t forget, keep your hat on, only mad dogs and Englishmen go out in the midday sun!

In recent times, players who enjoy fighting on the ground have been able to experience the crunch of snow beneath their tracks. If you’ve enjoyed this, then soon you will undoubtedly enjoy the feel of the hot desert sand as you test our very first desert map! In one of the incoming updates to the game, new North African locations will be available to battle in: “Tunisia” and the “Second Battle of El Alamein” - two absolutely new locations for combined battles.

"The Second Battle of El Alamein"

This battle was of decisive importance in the North African campaign in World War II, when British troops defeated the Italian-German group led by Erwin Rommel.

The front covered a large area, along the Mediterranean coast (around El Alamein) through to "Qattara Depression" in the Libyan desert. The location in the game - is an inland elevation of the terrain. The battlefield is located away from the coast and in the place from which the battle received its name.

This area was considered ideal due to the diversity of its terrain. Approximately half of the location is made up of sandy desert, including small dunes that provide both cover when needed and an ideal vantage point.. The second half of is occupied by rocky formations, divided into smaller areas intended primarily for close combat.

The map’s capture points represent temporary bases situated in the desert, with a small oasis amongst the dunes and a ruined city situated on a plateau in the centre of the map. As well as this, two control points situated on the road run along the gorge. The checkpoints are surrounded by remnants of the old fortress, which will be a good strategic point for players to take advantage of.