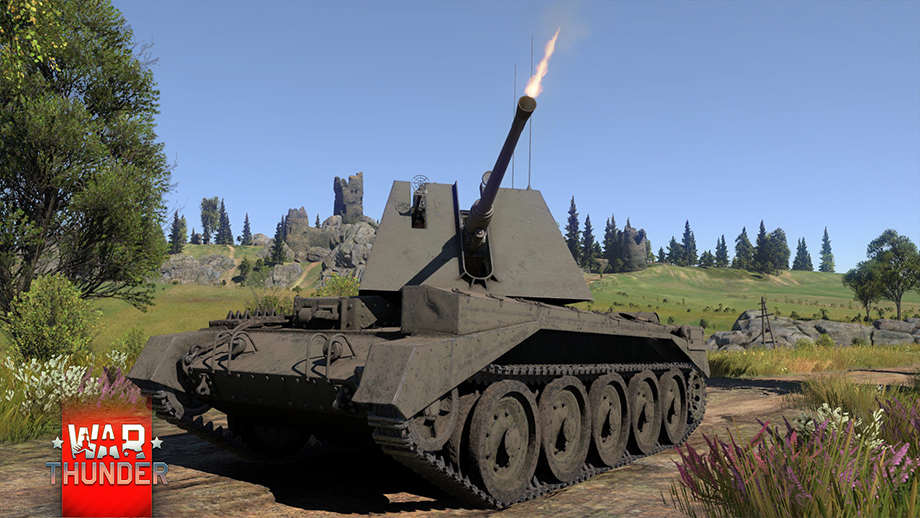 Some British love for the defence from airborne attacks against your tea drinking colleagues on the ground. These two Crusader variants will have you downing the enemy and giving some ground based foes some grief.

This SPAA is truly dangerous. The legendary 40mm Bofors anti-air cannon installed on a Crusader tank turret served with great effect in the Second World War. The cannon is capable of dealing with enemy aircraft as well as any fighter aircraft can, if not better. It is also worth trying to shoot at tanks – the cannon won’t let you down. On the other hand, try to keep this tank out of the enemy's’ sights. This AA gun’s armour isn’t its best feature.

This self-propelled anti-air gun was designed based on the British Crusader cruiser tank. The tank’s turret has a small cut-out which is sufficient to provide the crew with excellent 360 degree vision.

At the same time the tank is small, which gives its crew good protection against machine gun fire or fire from aircraft frontal guns. The turret houses two 20 mm Oerlikon cannons. This tank has moderate armour and is fairly survivable. This doesn’t mean that you can rush ahead of the rest of your team and collect scars from the cannons of enemy tanks though. In terms of effectiveness in battle with the enemy, this anti-air gun can be compared with its German equivalent: the Wirbelwind, but the design of the British vehicle is even more interesting. The most important thing is that this vehicle will be simply indispensable even if you already have other British rank 3 ground vehicles in your team.