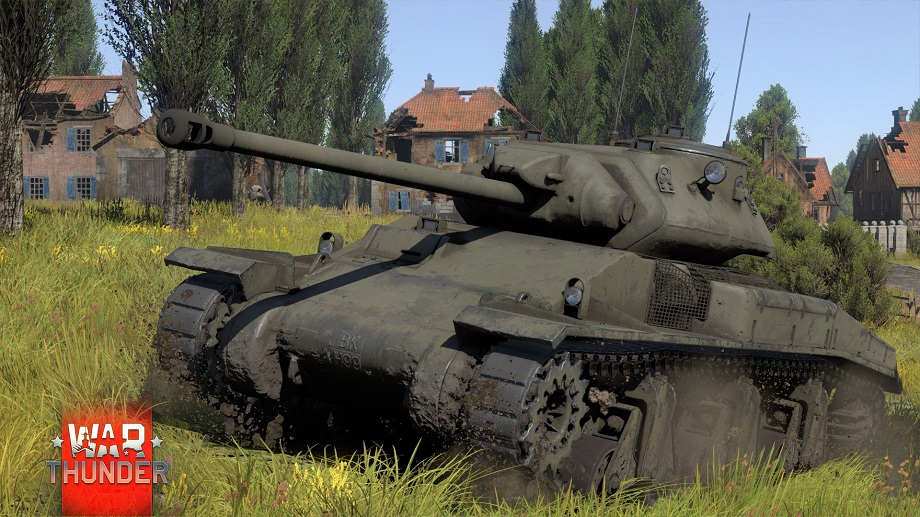 The Australian “Thunderbolt” is an unusual vehicle. Since the beginning of WW2, Australia had been endeavouring to create its own tank. As a result Australian engineers designed the Australian Sentinel Cruiser Tank, it was put into production and in entered service. The “Sentinel” used various tank construction designs and several armament variants, one of the most powerful models - the AC IV - used a deadly 17pdr gun - common for late war British tanks. This is the variant that we will add to our game. The tank was planned for serial production and in the game it will have the hull of the AC III, unlike the other prototype with a 17-pdr. which used the hull from the ACI version. We decided to reproduce the tank the way it was designed for serial manufacture.

The AC IV is a well armoured tank with good mobility and a low profile. It will be a premium vehicle of rank 3. In the game the Thunderbolt will be really good against tanks of similar rank while using classical medium tank tactics. It is a very able machine suitable for both having fun and for researching the British tank tree.

The Australian “Thunderbolt” is an incredible machine. It has good maneuverability, excellent armament and, most importantly, - this is a vehicle of original Australian design! You enjoy the “Boomerang” fighter? You make dozens of ground kills whilst flying your Wirraway? Then this the tank you need!