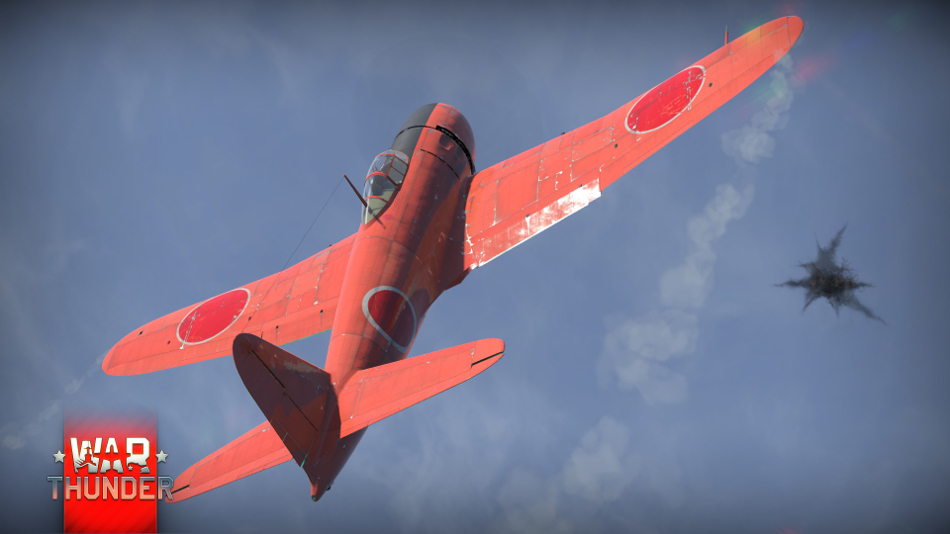 We present the A7M1 aircraft with the Nakajima NK9H engine: a plane without the powertrain flaws its prototype possessed. This engine’s mass-dimensional properties were perfectly suited to the plane’s airframe. With this engine, it displayed positive speed characteristics and excellent climb capability. When coupled with the NK9H engine, the A7M1 could climb to six thousand meters in six minutes, while its maximum speed amounted to 615 km/h. In combination with its excellent maneuverability and it’s fantastic armament, armour, and visibility, this makes the A7M1 (NK9H) one of the most threatening fighters in-game, capable of fulfilling the role of both air-superiority fighter and interceptor.

Immediately after the A6M Zero aircraft were deployed, work began on the next-generation carrier-borne fighters. At the beginning of 1941, the requirements for a new vehicle were formulated, but due to Mitsubishi’s high workload, practical work relating to the design of the aircraft only began in 1942. As a result, the A7M1 was born. Test flights revealed a very serious flaw in the prototype – specifically, serious problems relating to its powertrain. The NK9K engine provided only two thirds of its rated power, and all attempts to improve it to sufficient standards failed. The maximum speed of this model turned out to be the same as for later model A6M Zero fighters, while its climb capability was even worse. The A7M1 required a whole 10 minutes to climb to six thousand meters! Despite these drawbacks, the prototype was considered to have proven itself to be a full-fledged successor to the A6M Zero in all of its more ‘positive’ characteristics. Its excellent maneuverability, steadiness in all flight modes, stable diving and improved durability made it clear that an excellent new fighter had been developed.