In War Thunder Update 1.53 "Firestorm" a range of important changes to crew skills will take place. One of these changes will be to the way in which players can see how skills actually affect their crew. Players will now be able to see exactly how one skill or another influences the behavior of a vehicle in battle, as well as which aspects it affects, and so on.

Each skill affects its own abilities, of which there may be several. The influence that skills have will now be displayed directly in the crew training menu.

The value of each skill is formed from several components: 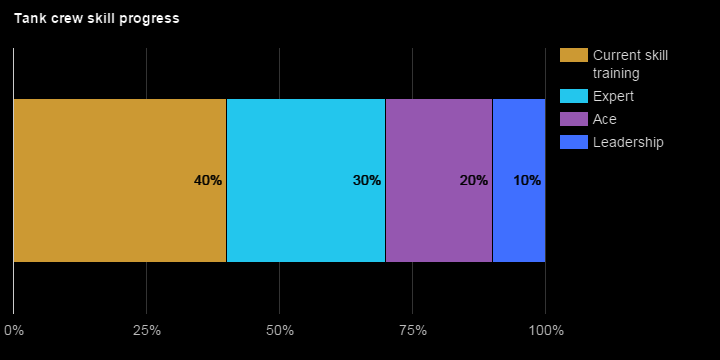 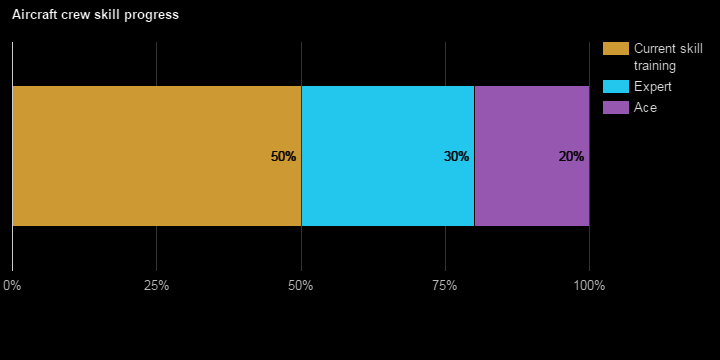 “Reload” skill: A loader with a base level skill reloads the weapon in 3.77 seconds, with a benchmark time of 2.9 seconds.

“Reload” skill: A loader trained to roughly 80% of the current skill and given additional “Expert” and “Ace” training reloads the weapon in 3.03 seconds.

Points already spent on removed skills will not disappear – they will be moved to their corresponding new skills. The commander’s “Machine gun firing” skill points will be transferred to “Agility”, the gunner’s “Frontal machine gun firing” and “Frontal machine gun reload speed” points will be transferred to “Artillery targeting accuracy” and “Artillery strike calling time” respectively.

It’s important to remember that some skills are “group” skills and are calculated as an average value across all the crew members. These are “Agility”, “Field repair” and “Keen Vision”. If a crew member is taken out in battle:

A detailed description of each skill will be available in the game’s interface after the update is released. The crew training menu will be more illustrative and understandable. It will show exactly how each spent experience point affects the crew’s behavior in battle in an accessible format.

Thank you for reading, and don't forget to leave your opinion in the comments!