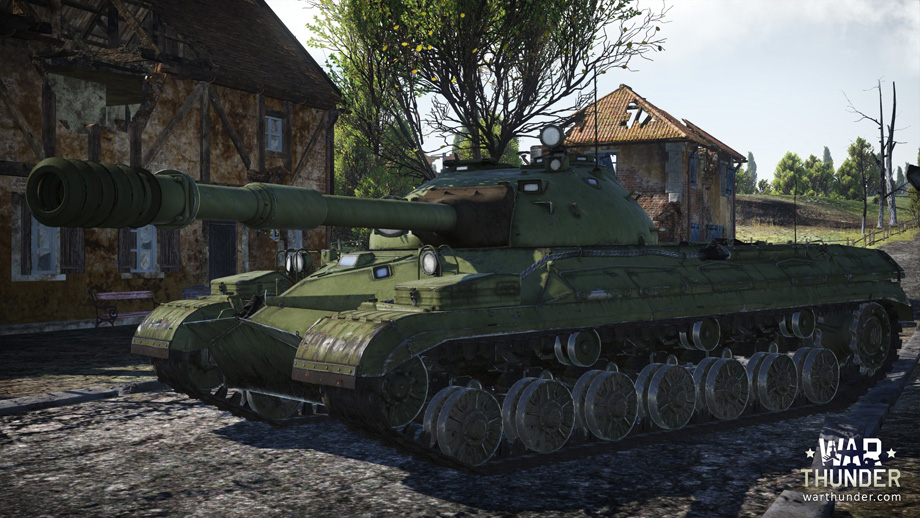 An improved model of the series-produced T-10 heavy tank, a tank that was in service for around 40 years. Has a new 122 mm rifled M62-T2 cannon, two high-calibre 14.5 mm machine guns and a powerplant with a capacity of 750 horsepower. This tank’s fin-stabilized High Explosive Anti Tank projectiles can penetrate 400 mm of armour at all ranges, while it’s sub-calibre APDS shells can penetrate 290mm at about two kilometers.