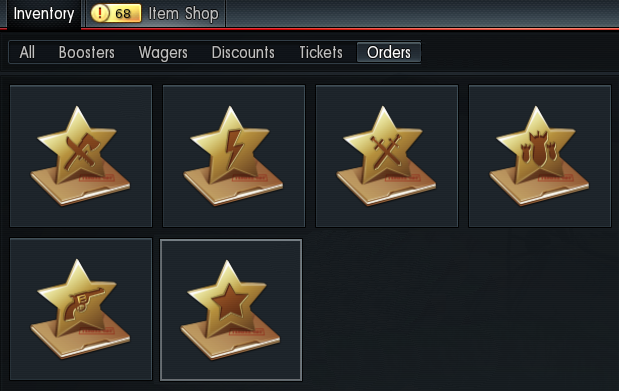 In an upcoming update, we will make new Battle Trophies available in the game – Orders. Now any player in Arcade and Realistic battles can also become a commander. At the beginning or during a battle, an “Order” can be activated. For fulfilling the “Order”, players receive an in-game currency reward. Only one “Order” can be active at once, and players from both teams can complete it. Available “Orders can be gained as a Battle Trophy or bought in the item store.

“Be the Best!” order

Collect as many points as possible within the allotted time.

“Jack of All Trades” order

Be the first to achieve a winning streak against enemy vehicles.
Only player vehicles are counted.

Destroy the marked targets within the allotted time. A reward is given separately for each target. Maximum number of targets: 5.

Destroy the marked targets within the allotted time. A player who destroys a target becomes the next target. A reward is given separately for each target.