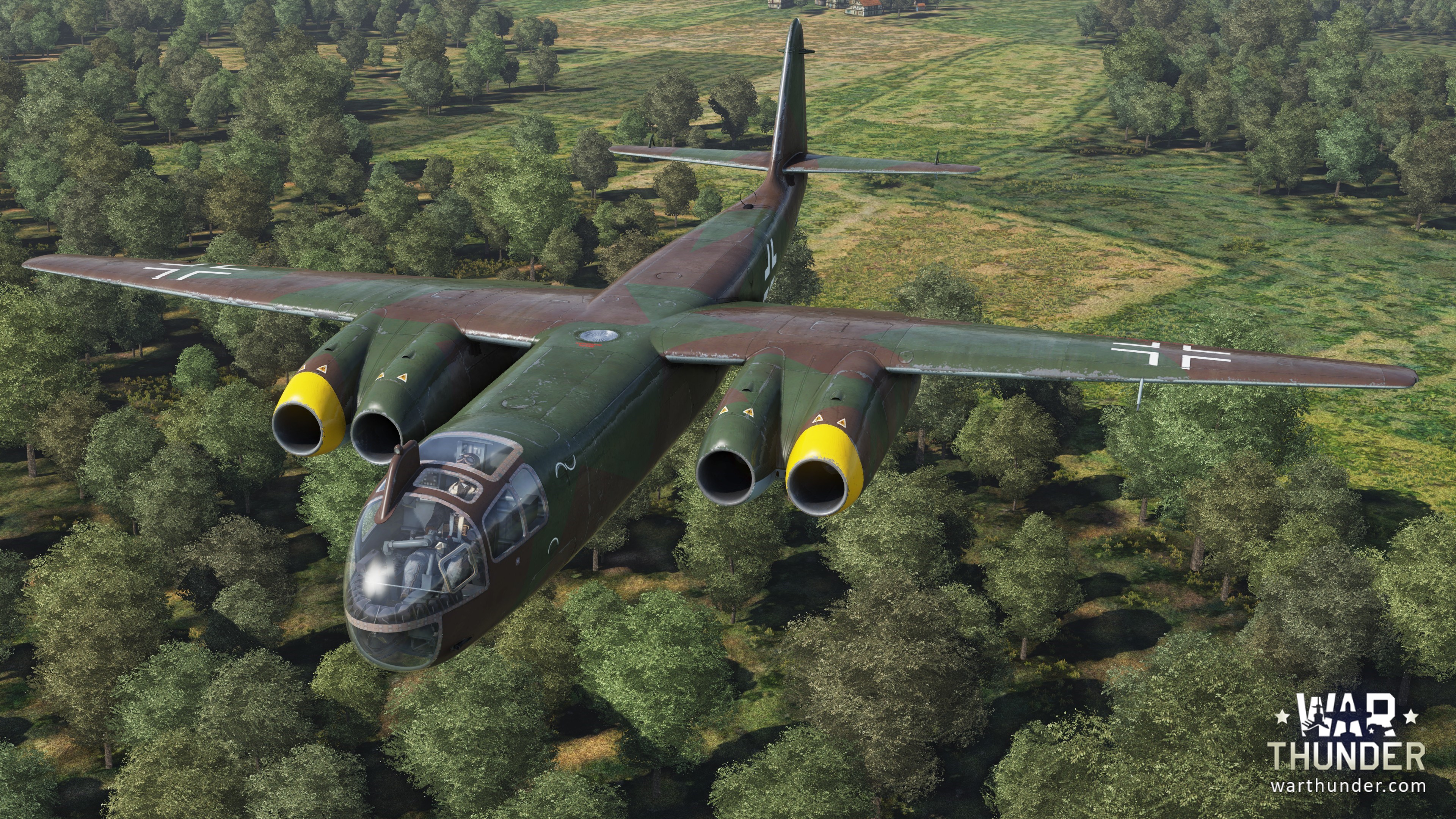 Many fans of german bombers have been looking forward to the Arado with offensive armament. We present to you, the Arado Ar.234C-3, which will be situated at the fifth rank!

This modification is a solution to the lack of defense capabilities with Ar.234 bombers - two Mauser MG.151/20 cannons, with an ammunition capacity of 250 rounds per barrel on production variant. A bomber with 4 jet engines which has retained the bomb load of its predecessor the Ar.234B-2.

The main external differences with this modification from the original B-2 is a modified cockpit and the installation of two additional engines. The Installation of the new engines has made a great impact on the appearance of the engine nacelles, which have gained a pronounced “forehead” and a soft flowing form. This is a pronounced characteristic feature for this modification. During its implementation we have given special attention to the fidelity of the form and fluency of the lines. Also the nacelles have a complex interaction with the wing, we have spent a lot of time on the quality and implementation of this area.

The aircraft cockpit has also changed quite a bit . It has more extensive glazing and all control areas of the aircraft can be easily seen from the outside. Therefore, with the cockpit modelling we focused on the every detail. Unfortunately historically there is very little information about the cabin of the aircraft. While modeling, we used archival photos from factory cabin layouts (which often differ from production models), factory drawings, photographs of other modifications of the aircraft. In close cooperation with the historical and technical consultants we managed to restore the appearance of the interior cabin  that is reflected in the game model of the aircraft with high reliability.