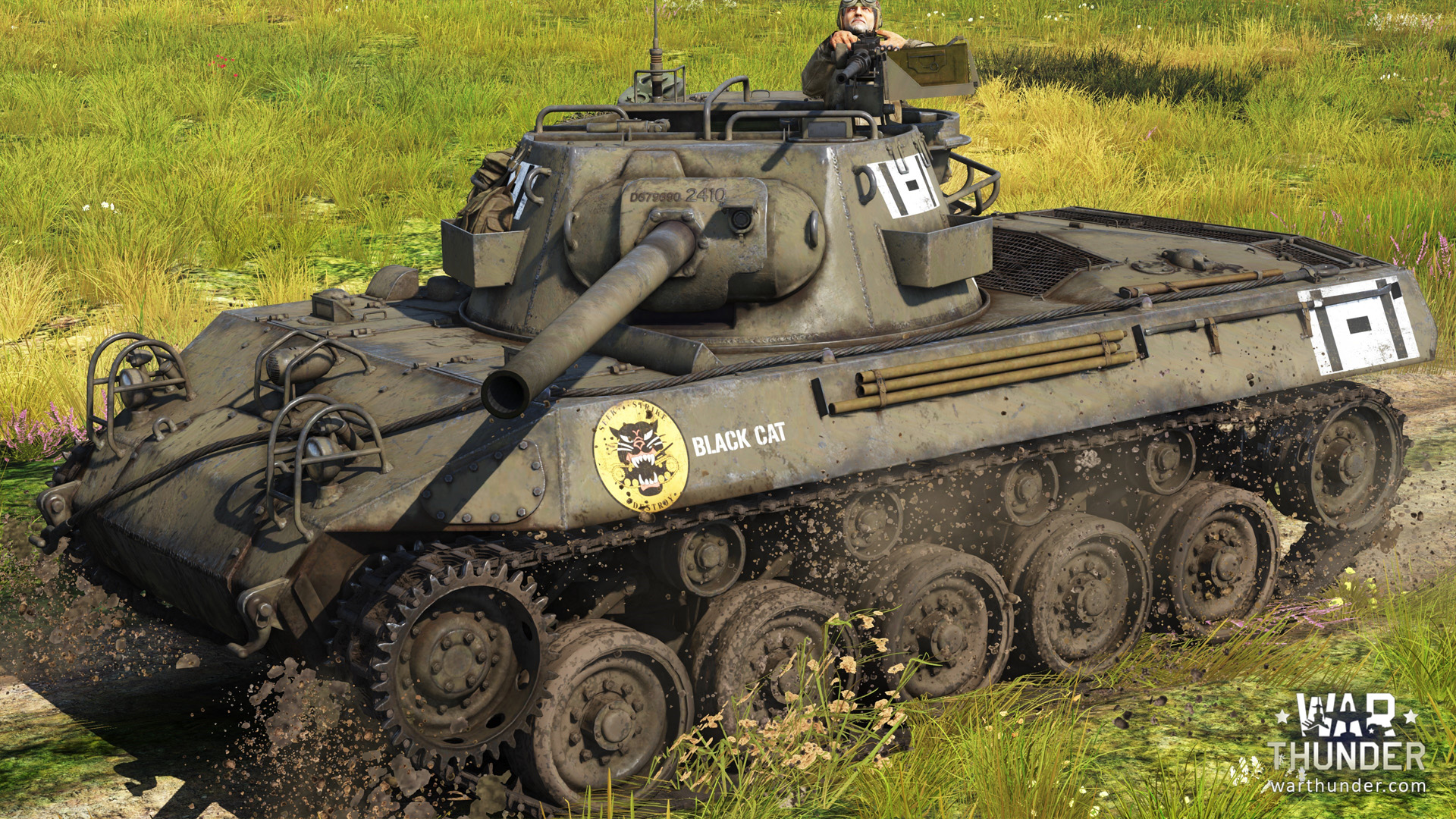 We have already described the M18 “Black Cat” which will be added to the American Ground Forces tree and we would like to introduce the production M18. This is a Rank III SPG with a 76mm long-barreled gun which will allow those who enjoy this type of vehicle to have some fun.

The M18 is a good example of the American approach to tank design, according to which, the  tanks’ purpose is supporting offensive operations while tank destroyers should intercept enemy armoured spearheads. According to this doctrine, tank destroyers should be exceptionally mobile. Thus the M18 in game can be used to destroy enemy vehicles from an ambush and to quickly change a firing position using its high maneuverability and speed - The M18 can reach up to almost 56 mph (90 km/h) on a road. It will be the fastest ground vehicle in game.

The open turret is pretty narrow, it could house only the crew and the gun breech while most of the equipment was outside the turret. A siren was mounted on the front hull armour.