We present to our community a feature that will add a wide variety of opportunities for players in War Thunder. First of all we would like to give you some information about the inventory. You can access your inventory using the icons at the top of the hangar. There will be a large variety of items stored in the inventory, such as tickets for tournaments, boosters which you can activate at any time, wagers, discounts and more. You can activate specific items in your inventory directly through the interface and, depending on the type of item, the action will start immediately or in the next battle you join. Some items are not activated manually, and have an effect and expiration time starting from the moment the player obtained them. 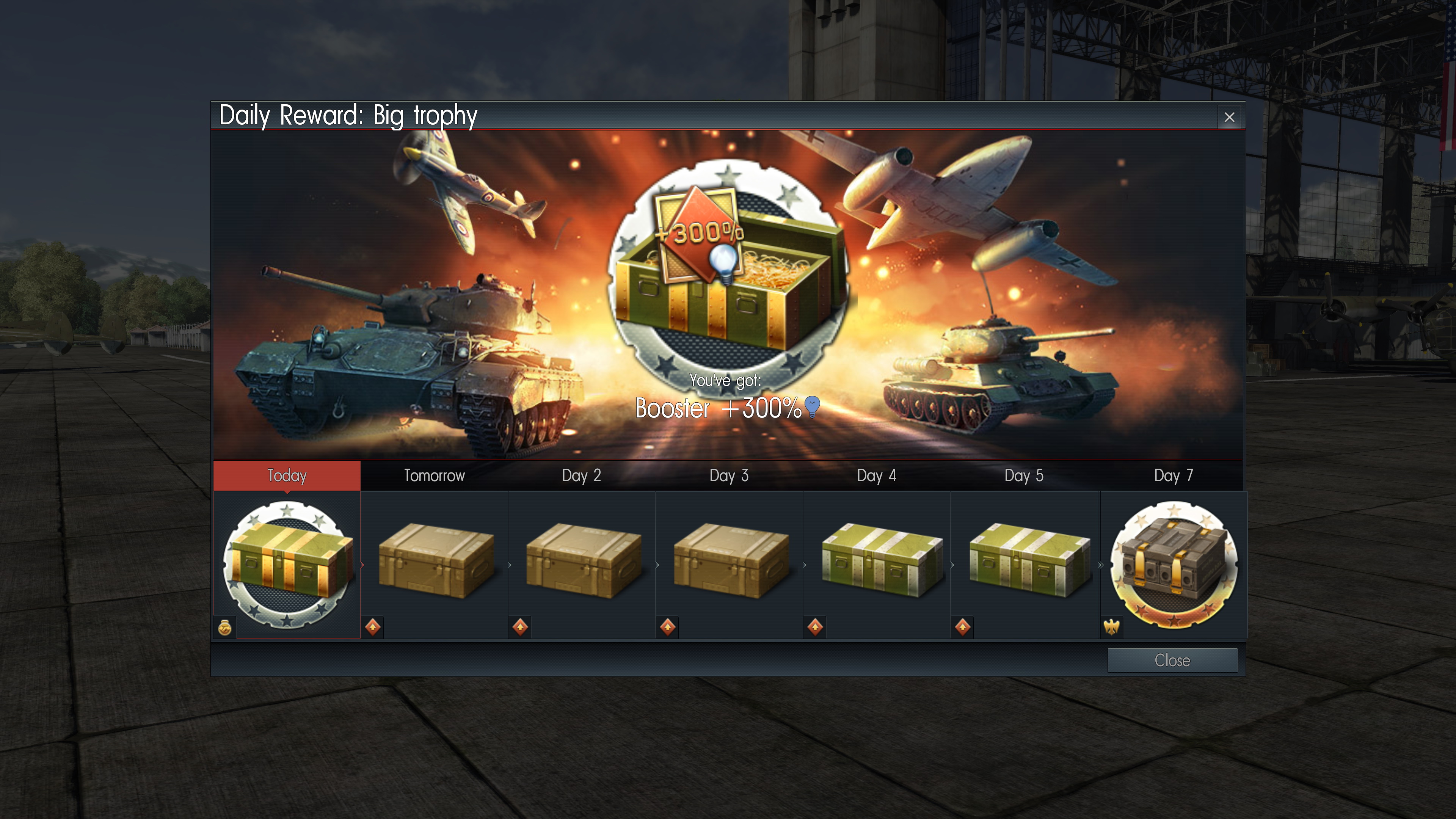 Items can be obtained from various sources. Many of them can received as a gift during specials or randomly obtained as a login reward or even immediately as a trophy after the battle. Some of them are also available through the in-game store.

So, let's look at some of the types of items separately. You can always see their full effect in their descriptions. 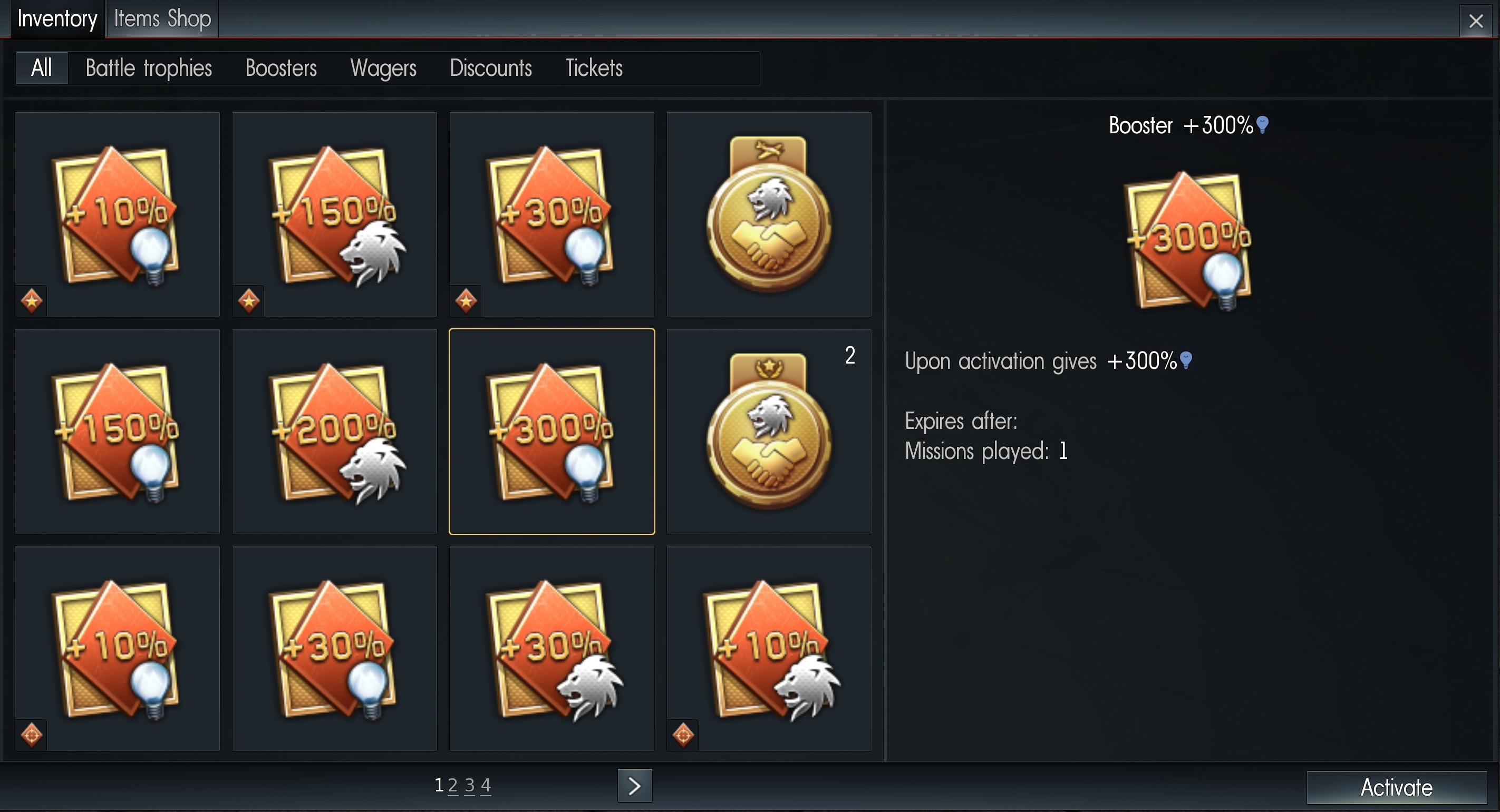 A variety of boosters increase the income of lions or research points in battle. They can be both personal and team-oriented, and may also influence both the entire battle results, or only part of it. Boosters are not infinite - some are active for a specific time, and some active for only a limited number of battles or a limited amount of successful completion for other conditions listed in the description of the boost. In the case of several active team boosts in one battle, they are added in order from higher to lower and their effectiveness decrease with each additional item. The formula for calculating the total active gain: B1 + B2 * 0.6 + B3 * 0.4 + B4 * 0.2 + BN * 0.1

Discounts - are items that reduce the cost certain goods for the player. 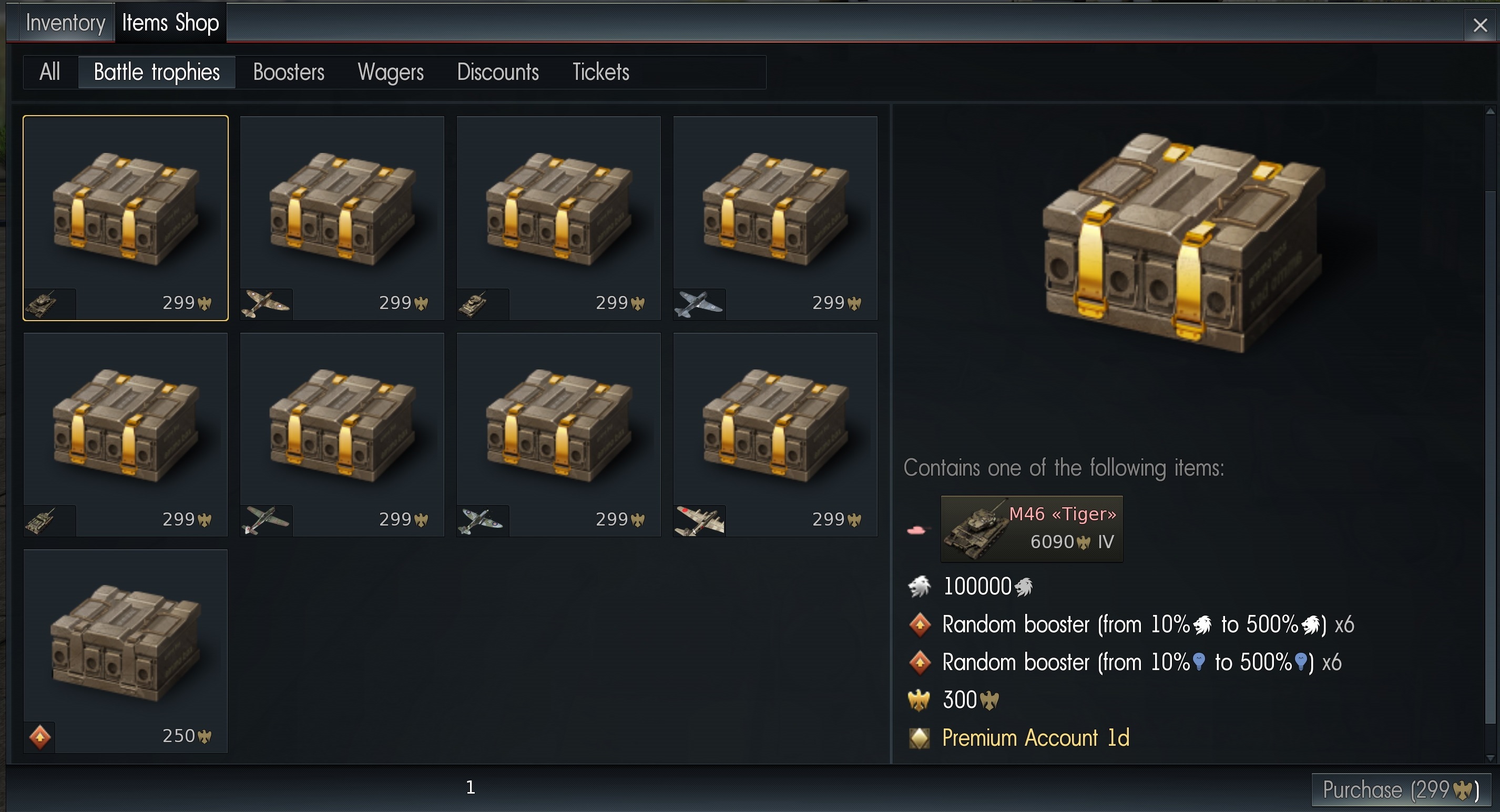 Trophies (chests) - will award bonuses or give random items listed in the description of the trophy upon receiving it.

Wagers - an item that will allow you to create a “bet” with the game to perform a special mission in random battles in order to receive the highest award. Each wager lasts for several battles. A victory point in a wager is given for a battle in which the player has fulfilled the necessary conditions for its completion. The award received while gaining victories will not be lost and will be credited to the player once the wager has been completed. If the condition of the wager is not satisfied in the battle, then the player will receive one defeat. The bet is considered complete if the player has received the maximum number of defeats or victories.

Tournament tickets - gives access to a tournament. When expired, the ticket is automatically replaced by another, if there is one available. This will not reset statistics, progress and awards gained by the player during the tournament..

We will continue to improve the current items, and we will also be adding new and useful items to the game in the future. Leave your feedback on our forums and thank you!