Junkers Ju 87, the Unexpected Legend
16 September 2014 Special
Attention! This news was published on the old version of the website. There may be some problems with news display in specific browser versions. 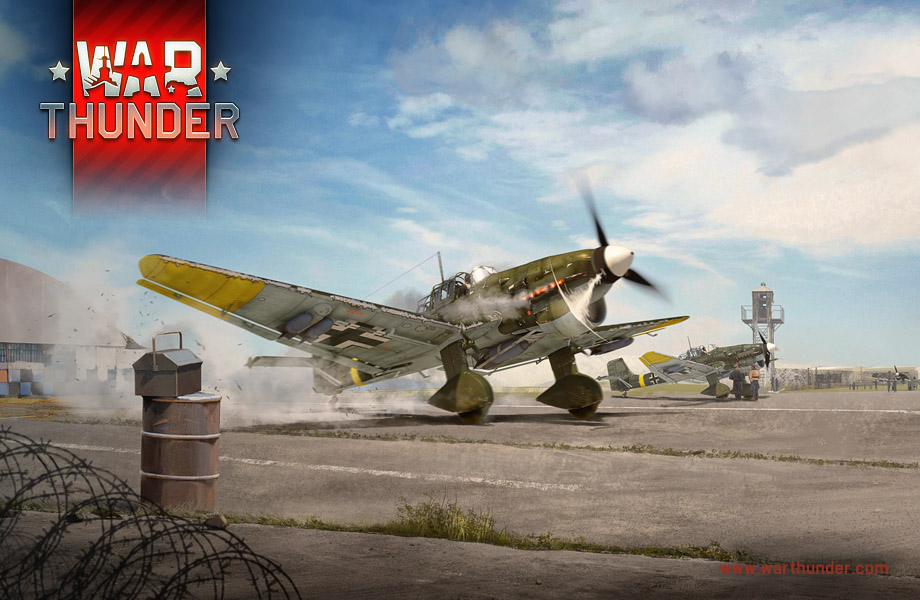 Compared to its contemporaries, the Douglas SBD Dauntless or Aichi D3A “Val”, there is nothing uniquely special about the Junkers Ju 87, yet no aircraft before or since has achieved the fearsome reputation.  Its generic designation “Stuka”, shorted from  “Sturzkampfflugzeug”i (diving attack aircraft), was elevated into a dictionary entry.

The Stuka followed the typical Junkers design philosophy of the time of tapering wings, this time to nearly a point, and a slotted plain flap mounted below the main wing, a design invented and named after Professor Junkers. The Doppelflügel (double-wing) seen on Ju 52 and Ju 86 offered excellent slow landing speed, an important ability in the days of grass runways but also improved maneuverability a nominal amount. When the Ju -87-V1 prototype first flew in 17 September 1935 it included twin tails like the K 47 looking like a single engine Ju 86.

The famous "inverted gull wing" of the Stuka was a common tactic to keep the landing gear as short as possible, a design seen on the F4U Corsair and Loire-Nieuport LN.401.  The Stuka's speed was considered too low to gain worthwhile advantage from retractable gear, as the weight and complexity penalizes a significant portion of speed gain.  Also in 1933 retractable gear was at the limits of technology and failures were common.  There is every indication the drag of the gear was deliberately planned feature to control dive speed also.

The initial prototypes were equipped with Rolls Royce Kestrel engines (forerunner of Merlin), but the native German offerings, BMW "Hornet" and later Jumo 210Aa was was underpowered.  The twin tails of the first prototype were too weak and broke on testing causing fatality of test pilot and his engineer.  The situation became so dire for the the new aircraft that at one point the recently minted RLM cancled the entire Ju 87 project for a rival Heinkel He 118 design; fortunately for Junkers, Ernst Udet immediately reversed the decision citing a previously disastrous test flight.

The travails and tribulations were not over yet for this future legend, as performance was still far from adequate with Wolfram von Richthofen, cousin of the famous Red Baron, highly critical of the slow speed.  Still, Richthofen and others did overall praise the aircraft and shortly the Ju 87A rolled out to participate in the Spanish Civil War.

Experiences form the SCW were incorporated into the new B model with early units also going to Spain where the new design finally matured to a powerful machine with a highly sophisticated automatic dive bombing mechanism and bomb drop pattern controls. By the time WW2 started with the invasion of Poland, the Luftwaffe had 336 Ju 87B units on hand.  A new dive bombing sight improved combat accuracy to within 10 meter radius. The most unique and memorable feature installed was the "Horns of Jericho", a feature attributed to Ernst Udet.  While it penalized its top speed, the ear splitting screech was incredibly terrorizing to those in the sights to the point it became more destructive than the bombs itself, becoming the only thing victims spoke about.

While the mythos grew, the combat effectiveness diminished.  The slow Ju 87 was becoming an easier target as the defensive fighters became faster and heavier armed.  Attempts to improve performance only delayed the inevitable, yet despite its age the Stuka managed to do better than expected; it had to because no effective successor materialized.  Its slow, steady flight proved a perfect platform for twin 37mm cannons that devastated all manner of ground vehicles.  To that end, when Fairchild Aircraft designed the A-10 Warthog, they studied the combat record of the Ju-87 above all other WW2 combat aircraft.