The T129 ATAK is a license-produced variant of the Italian A129 Mangusta attack helicopter, domestically modified and produced by Turkey for its own air force. Soon, this highly capable exotic will reinforce the Italian helicopter tree as it makes its may to War Thunder as part of the next major update Drone Age!

In March 2007, the Turkish government began negotiations with AgustaWestland to jointly develop a new variant of the A129 Mangusta as part of their ATAK programme for the Turkish Air Force. The agreement, finalized and signed in September 2007, allowed Turkey to domestically produce the A129 airframe with several modifications being made to its avionics, weapon arsenal as well as other electronic equipment. As a result, Turkey was also allowed to export this domestic version to international third-party operators. This Turkish modification then received the designation ‘T129’.

Initially, an order for 51 units was placed, with an option for 40 more helicopters being contractually agreed upon. The first prototype was completed in 2009 and subsequently test flown in Italy at the AgustaWestland facilities. Subsequently, the first Turkish-produced prototype undertook its maiden flight in August 2011. The first units delivered to the Turkish military in 2013 failed to pass trials and were sent back for improvements. As a result, the first full production version of the T129 entered service in April 2014. In the following year, the T129 undertook its first combat mission as part of a counter-terrorism operation in the Turkish Siirt province. In 2018, T129s were also part of the Turkish Operation Olive Branch in northwestern Syria, during which one T129 was shot down by Kurdish anti-aircraft fire.

Since its introduction, the T129 has also been adopted by the Philippine Air Force that placed a production order for six T129s with the Turkish Ministry of Defense in 2020. In total around 70 T129s were manufactured by Turkish Aerospace Industries up until the present date.

In War Thunder, the T129 ATAK will be a brand new Premium attack helicopter awaiting pilots at the top ranks of the Italian helicopter tree with the release of the next major update “Drone Age”. Sharing many similarities with its close Italian relative, this Turkish modification of the familiar Mangusta helicopter possesses an expanded selection of deadly anti-tank missiles, thus raising the capabilities of the Italian helicopter tree to better match that of other nations’. Interested to find out more? Then join us as we get into more details below! 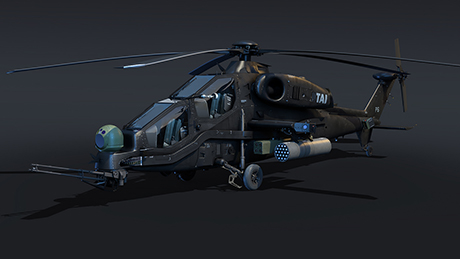 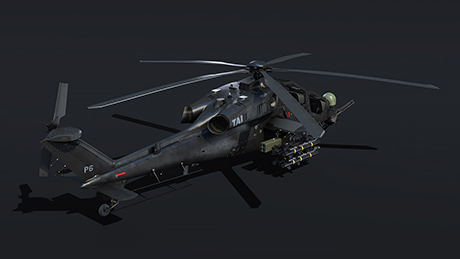 Being a Turkish derivative of the AgustaWestland A129 already familiar to some pilots in War Thunder, it should come to no surprise that the T129 ATAK has much in common with the original Italian version. As a result, the T129 inherits the airframe’s excellent handling characteristics and small silhouette, making it an extremely elusive and difficult target to engage. Yet, despite receiving a pair of uprated engines, the T129 ATAK actually possesses a slower maximum speed, going up to only 281 km/h.

Compensating for the losses in speed however, Turkish engineers made sure to equip the T129 ATAK with a vast assortment of deadly weaponry. As a result, the T129 comes equipped as standard with the familiar three-barrelled 20mm rotary cannon. T129 ATAK also has access to Turkish L-UMTAS and CIRIT laser-guided missiles, which are unique to the game. L-UMTAS are laser-guided missiles possessing a tandem-charge warhead and launch distance of 8 km, allowing pilots to defeat reactive armor commonly found on high-tier vehicles. CIRIT are basically the Hydra rockets equipped with laser seeker. It has a 10 km launch distance, but the lock-on range is shorter and the missile lacks autopilot. You will be able to fire these little rockets as unguided, and then point a laser beam to the target in order to acquisite it for the seeker. Mind the minimal launch distance for the laser guidance of 1,500 meters. Experiment and have fun! Furthermore, the helicopter can also be equipped with FZ49 HEAT unguided rockets and ATAS (AIM-92) air-to-air missiles, thus boosting the T129’s ability to hunt down other helicopters or defend itself against aircraft above the battlefield.

The T129 ATAK will become the most advanced vehicle to join the Italian helicopter tree in the next major update and will provide pilots with a vastly more capable machine to support their tracked allies on the ground with. The special pre-order pack will allow you to be the first pilot of the deadly T129 in the game, as well as to obtain special bonuses!