The VCAC MEPHISTO is a French wheeled anti-tank destroyer, developed on the basis of an amphibious APC design in the late 1970s by the Renault company. Arriving in the top ranks of the French ground forces tree as part of the next major update, tankers will have the chance to take command of the nimble and no less deadly VCAC MEPHISTO!

In the mid 1970s, French engineers from the Renault and Saviem companies developed a series of innovative wheeled amphibious vehicles under the name ‘Véhicule de l'avant blindé‘, or ‘VAB‘ in short. While the APC series turned out to be a great success for the manufacturers, with orders stacking up in the several thousands, in 1978, engineers decided to modify the chassis and turn it into a wheeled anti-tank combat vehicle by installing the four-barrelled MEPHISTO launcher. This undertaking resulted in the creation of the VCAC MEPHISTO.

Following successful testing, the VCAC MEPHISTO entered production in the early 1980s, with an initial order for 135 vehicles being placed by the French army. While initially only operated by French forces, the VCAC MEPHISTO was later on also exported to foreign operators such as Morocco or Lebanon.

The VCAC MEPHISTO saw its first combat use with French units during the First Gulf War in 1991 as part of Operation Daguet. During the operation, French VCACs fired around 60 missiles while on deployment in Iraq. Throughout the 1990s, the VCAC MEPHISTOs were continuously modernized with upgrades to the HOT missiles as well as thermal imaging sights, among other improvements. 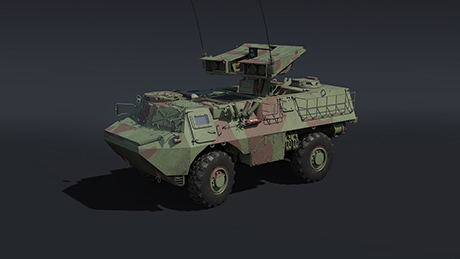 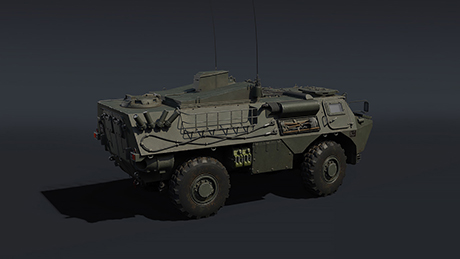 In War Thunder, the VCAC MEPHISTO will be a new wheeled anti-tank missile carrier arriving to the top ranks of the French ground forces tree as part of the next major update. Exceptionally mobile and equipped with a considerable number of deadly HOT missiles, the VCAC MEPHISTO is sure to mix things up for French tankers as it becomes the first tank hunter of its kind in this nation‘s research tree.

The VCAC MEPHISTO is based on the VBA VTT wheeled armored personnel carrier and as such, features superb mobility thanks to the vehicle‘s low weight of just 13.8 tons, a 220 horsepower diesel engine and all-wheel drive. All these factors combined allow the VCAC MEPHISTO to reach a top speed of up to 92 km/h on paved roads while its relatively good power-to-weight ratio enables the vehicle to conquer even less hospitable terrain types without greater struggle. Furthermore, the VCAC MEPHISTO also inherits its amphibious capabilities from the base APC chassis. As a result, the vehicle can cross even deep bodies of water at a maximum speed of around 13 km/h, thus giving its aspiring commanders more tactical options.

Once the VCAC MEPHISTO has maneuvered into position and has set its sights on hostile units, its commanders will have a four-barrelled, fully rotatable anti-tank missile launcher at their disposal to engage the enemy forces with. From the stock, commanders will have access to the HOT-1 missiles, followed by researchable modification of more capable HOT-2 ATGMs. Tankers should also not be worried about only having four missiles in the launcher as there‘s another eight spare ATGMs stored inside of the vehicle.

Naturally, being based on a light APC‘s chassis means that the VCAC MEPHISTO doesn‘t boast incredible protection characteristics. In fact, the vehicle‘s armor is only capable of shielding the crew and vehicle modules against rifle-caliber fire and shrapnel but fails to provide more substantial protection against more substantial threats such as autocannon fire or missile strikes. Therefore, instead of relying on the armor for protection, aspiring commanders of the VCAC MEPHISTO should take this matter into their own hands and utilize the chassis‘ excellent mobility to stay out of harm‘s way.

The VCAC MEPHISTO will soon arrive to rank VI of the French ground forces tree as part of the next major update, also becoming the first wheeled missile carrier to become available to French tankers in the game. In the meantime, stay tuned to the news to receive all the latest information about the upcoming update and some of the additions and features it will bring with it. Until then, happy hunting tankers!