Meet another one of the summer marathon vehicles - The Italian destroyer Aviere was one of the most successful destroyers of the Soldati class!

In 1936, the Royal Italian Navy initialized development of a new class of destroyers, based on the previous Oriani class designs. New ships were supposed to install improved main battery guns and a reinforced anti-aircraft gun battery. Soldati class destroyers were produced in two large batches (series). One of the ships of the first production series was the destroyer Aviere (Italian “pilot”), which was completed in 1937 and became part of the 11th destroyer battalion. She received her baptism of fire in the Battle of Calabria, where she made a torpedo attack against the British fleet. In the battle at Cape Passero in October 1940, she attacked the cruiser HMS Ajax, she received serious damage from the enemy fire and went to the port of Augusta for repairs. After repair was completed, she continued combat service in the Mediterranean. In December 1942, during an escort mission en route from Naples to Bizerte, she was attacked by a British submarine P-228. The destroyer was hit by two torpedoes, followed by the detonation of the ammo stowages, after which she sank. Of the 230 crew members, only 30 were saved. 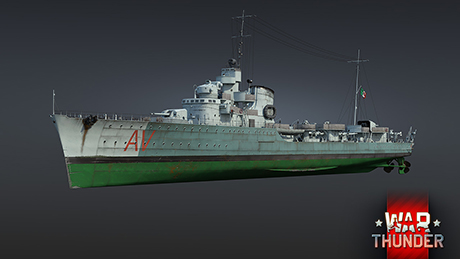 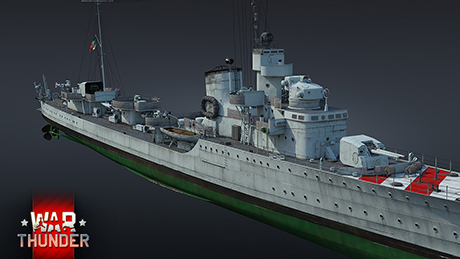 The premium rank III destroyer RN Aviere will be one of the prizes for the War Thunder summer marathon. The main calibre of the ship, as on other Soldati-class destroyers, is the 120mm O.T.O. mod.1936 guns, however, unlike the second production series of the class, there are only four such guns, in two turrets at the bow and stern. The ship's anti-aircraft armament consists of four 20mm Breda automatic anti-aircraft guns. The armament was supplemented by the two triple-tube torpedo launchers with S.I.270 high-speed torpedoes.

Soldati-class destroyers are true giant hunters. The main battery ammunition includes APHE shells with a ballistic cap, which are effective against light and medium armored targets. By accurately aiming at fuel tanks or gun stowages, Avieri is able to effectively set fire to light cruisers with her main battery guns. Like any destroyer, the Italian “soldier” carries torpedo armament - here we have 6 high-speed torpedoes with 270 kg of TNT each.

The most noticeable drawback of the Aviere is the low number of main calibre guns - there are only four of them, while the reloading speed of the guns also leaves much to be desired. If the powerful APHE rounds really do a good job in engaging ships of heavier classes, then the small number of main battery guns and their comparatively low reload rate makes contacts with nimble boats or enemy destroyers at close and medium distances undesirable for Aviere commanders.

It is important to note that the RN Aviere is a premium ship, and in addition to the increased income in each battle, it will help you to quickly research any ship of the Italian bluewater fleet from ranks I to IV.