The P-59A Airacomet is the very first US jet-powered fighter, whose development began back in 1941, when the USA received the schematics for the Whittle turbojet engine from Great Britain. It was the Bell Aircraft Corporation that signed the contract to assemble the New World’s first jet-powered fighter. Despite the unicity of the task at hand and lack of experience in the development of jet-powered aircraft, the company was planning on launching a serial production of the fighter as opposed to just building a test unit. The first aircraft was assembled as early as 1942 and underwent testing until 1944 – the engineers were struggling to solve a multitude of technical issues caused by the new engines. Once the majority of the engine-tuning problems were fixed, it turned out that the flight characteristics of the new vehicle couldn’t surpass even those of serially produced piston-engine models. Nonetheless, a small series of P-59s was manufactured – a total of 66 aircraft branded “Airacomets”. The US jet-powered firstling failed to impress the military, and soon all combat aircraft were replaced with P-80 Shooting Stars. 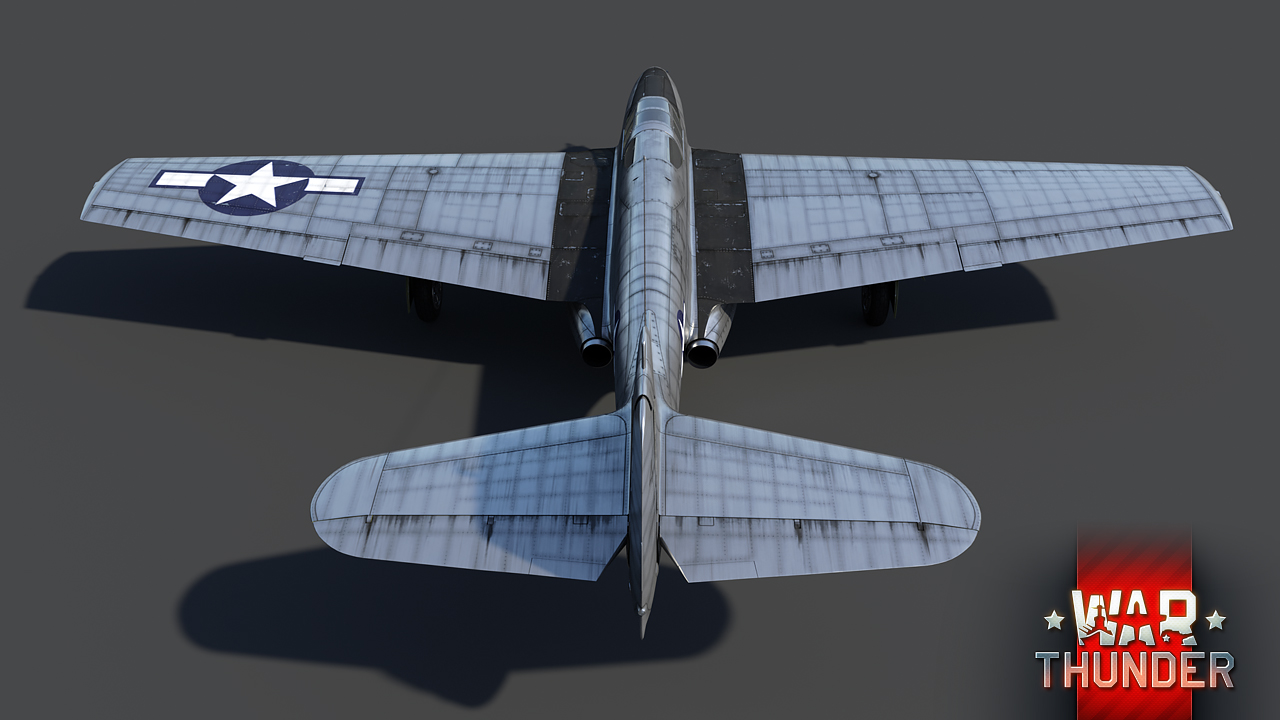 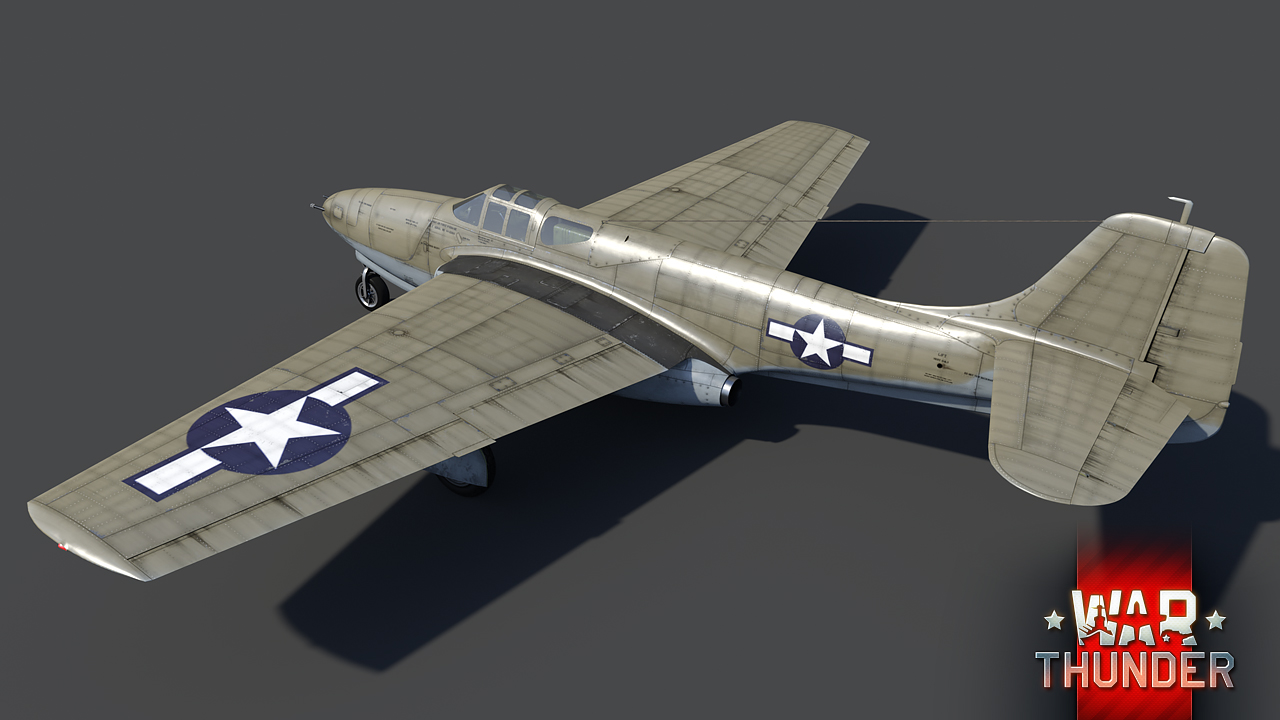 In War Thunder, however, the P-59A Airacomet is destined for greatness! This aircraft will serve as the Summer Marathon’s main prize for War Thunder pilots. Not only will it be the first US fighter jet – but also the first rank IV aircraft of its kind. Yes, it may be inferior to every other jet-powered fighter speed-wise, but it can, without a doubt, compete with all the top piston-engine aircraft. The Airacomet’s relatively modest speed makes it easier to control when performing manoeuvres when compared to other fighter jets. The aircraft is also fitted with two engines, which certainly adds to survivability. Moreover, the P-59 is doing particularly well in the armament department: the front of the nose is fitted with a 37 mm M4 cannon loaded with 44 rounds, as well as three rapid-firing high-calibre machine guns with a total ammo capacity of 600 rounds.

So, what’s the verdict then? The Airacomet is an excellent rank IV aircraft with a speed of over 650 km/h, excellent frontal armament and great handling characteristics. To get this aircraft, players must complete the War Thunder Operation H.E.A.T. tasks for pilots. This unique aircraft with a unique story certainly deserves a place in your hangar!

Commenting is no longer available for this news
Rules
Target1331
33

Boblem123, Are we talking about the same weapon that is on the Cobras? Because I ended up buying all the Soviet Cobras simply because it was so easy to murder with that gun, even getting an ace with the Poky P39 and the 63-A5. The trick is to use only HEF (the API will just rip right through) and aim at a flat surface, similar to the 99 Type 1. Do that? Its a nuke cannon.

It's performance is worse than a P-51, no wonder why it's rank IV

Is there a chance other early jet designs might be moved to rank 4 in the future?

Will the P-59 Airacomet be able to carry any bombs or rockets?

it never carried any so its a very possible no.

"First rank IV jet-powered aircraft" Gaijin, are you implying what I think you're implying? :O

Boblem123, I think he was referring to more possible tier IV jets.

Thing is there are not all that many potential designs of jets that are SO badly-performing that they'd make sense at rank IV. Now mixed-propulsion superprops the MiG-13 (I-250) and Su-5 (I-107) on the other hand, fit in Rank IV.

1800 is what we need for balance though.

YES! Been waiting for this for a long time! Thank you snail!

“The United States Army Air Forces were not impressed by its performance and cancelled the contract” - Hopefully better in WT than in real life... #BalancedLife

it has a lower top speed than the p-51, p-47, later 109s and doras, along with super low acceleration

zombiesniper321, Well, it's a jet, what do you expect from it's acceleration?

Will the 37mm cannon get an AP round? Plz ahah