Vanguard-Class Nuclear Submarines: On Guard for the Queen
31 March 2018 Development

The British Vanguard-class multipurpose submarines are the sole platform for the United Kingdom’s nuclear weapons, in the new project Silent Thunder.

By the mid-1970s, it was clear that both the British submarine ballistic missiles and also the Resolution class submarines equipped with these weapons, were quickly becoming technically obsolete and would soon no longer be worthy competitors to the latest Soviet strategic nuclear weapons. The British military took a liking to the American Trident missiles, which proved to be impossible to equip on the Resolution-class vessels due to technical limitations. In 1980, the British government made a decision to design a brand new strategic cruise submarine. The Vanguard-class nuclear submarines were engineered to be equipped with the American Trident missiles. Their design was based on the previous-generation missile carriers from the Resolution series. Besides the new armament, the Vanguards were also fitted with the latest sonar systems and stealth features, as well as enhanced powertrains. The British were planning on commissioning 6 or 7 Vanguard-class nuclear submarines, but the Cold War came to an end soon after, and so expanding the nuclear arsenal was no longer necessary for the UK. Currently, there are four Vanguard-class cruise missile submarines in service with the Royal Navy. They are the sole platform for the United Kingdom’s nuclear weapons. 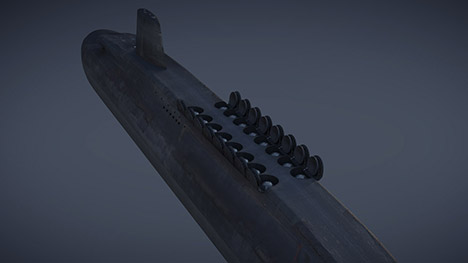 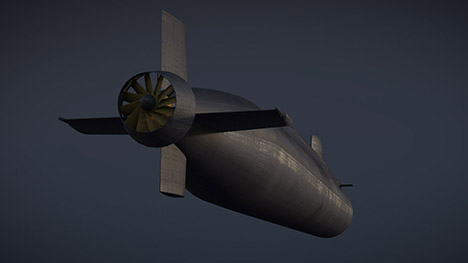 In the new military game Silent Thunder, the Vanguard-class nuclear submarine will be in the British naval tech tree. In addition to the American Trident ballistic missiles mentioned above, guided torpedoes remain to be the primary armament for direct contact with the enemy. The Vanguard is equipped with four torpedo tubes located at the hull’s front. The 533mm Spearfish guided torpedoes were specifically designed for engaging Soviet ships and subs. The torpedoes are wire-guided and can reach a speed of up to 80 knots. They are also equipped with a guided explosive warhead. Weighing almost 2 tons and sporting a behemoth of a warhead, Spearfish torpedoes are capable of taking out both surface and submerged targets of all sizes.

Try her out in epic underwater battles against other players! Welcome to the undersea fleet!

The Vanguard-class nuclear submarine will be available to everyone taking part in the open testing of Silent Thunder – join in!

Commenting is no longer available for this news
Rules
Sempai__
0