New Japanese war machine in War Thunder!
1 April 2014
Attention! This news was published on the old version of the website. There may be some problems with news display in specific browser versions. 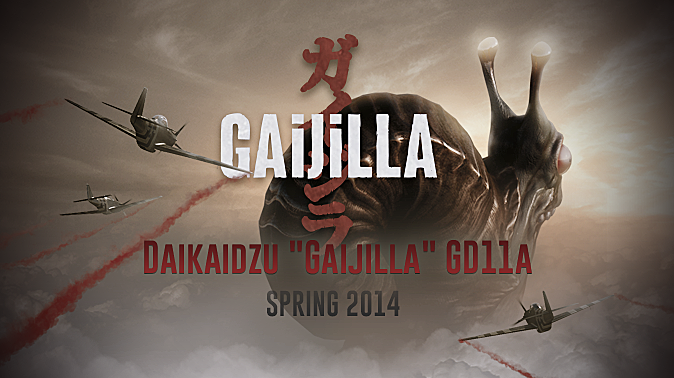 At the end of March 1945 the Burmese National Army engaged Japanese occupational forces in fierce combat, and with the support of the Allies, soon liberated their country from invading forces. The Japanese army was unable to turn the tide of battle despite deploying their experimental war machine Daikaidzu "Gaijilla" GD11a, which the natives called "giant monster".

Gaijin Entertainment announces that in honor of this historic encounter, War Thunder will soon be introducing a new experimental unit for Japan.

Unlike most Japanese combat vehicles, the new model is slower to manoeuvre in battle, but with regard to its durability and ammunition, it has no rivals.

The mighty Gaijilla is on the Rampage!

The monstrous creature awaits you in the Arcade mode on Dev server. Install War Thunder Dev server client: download the installer here and follow the instructions.