GM-64: Rotary-Wing Chieftain
31 March 2017
Attention! This news was published on the old version of the website. There may be some problems with news display in specific browser versions. 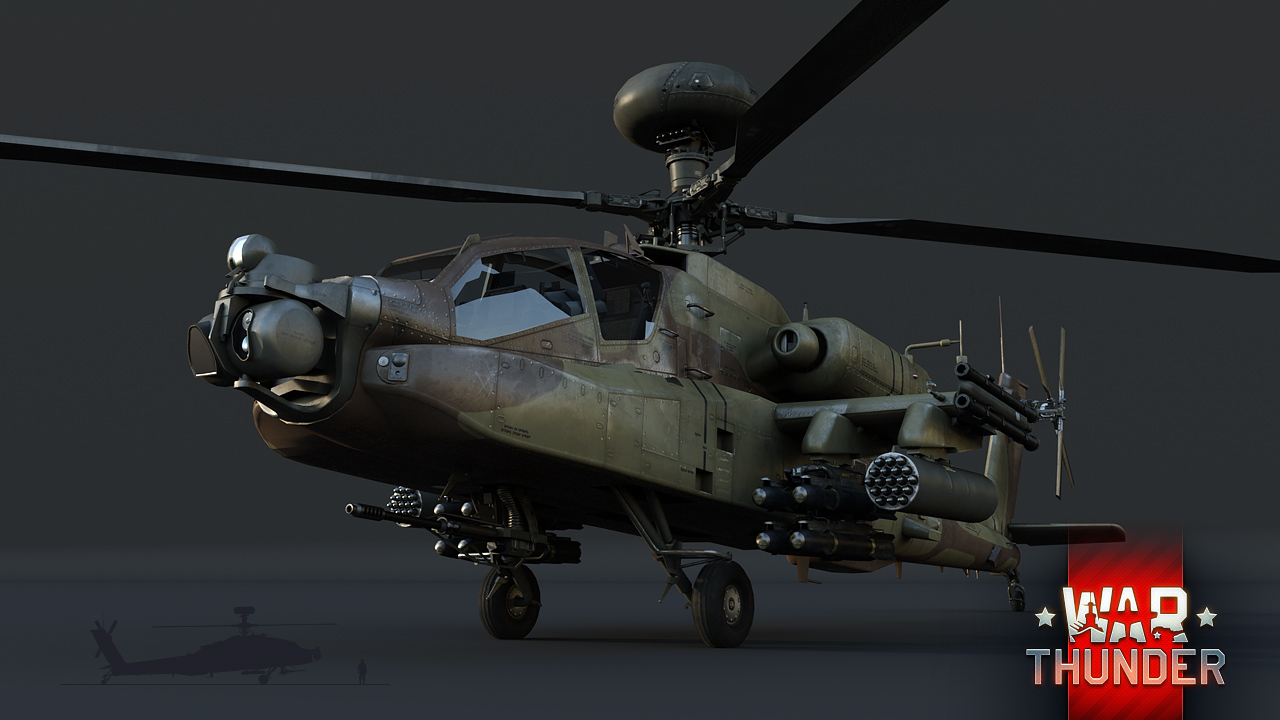 Put into service in the mid-1980s, the GM-64 American attack helicopter of the German air force is one of the most outstanding combat choppers of the current era. In War Thunder, the GM-64 will take its place at rank IX of the German helicopter tech tree. As dangerous to other helicopters as it is to tanks, the GM-64’s main weapons are guided air-to-surface missiles capable of destroying ground vehicles and small ships on impact.

The helicopter decimates ground targets with unguided missiles, which are supplemented by a 30mm automatic cannon with HEAT-fragmentation rounds. Take the GM-64 for a test flight and discover why it’s the pinnacle of War Thunder’s German rotary-wing aviation tech tree!

Where Oh Where is the AH-64? The original gangster, not this German poser?

GM designates “Gojko Mitić” - a secret codename for the attack helicopter that was exported from the USA to Germany.

Senio, please fix m56 name bug in chinese simple client This is a very serious bug that has affected the player's game

I agree. the Germans should have the Tiger, not an Apache ripoff but hey, its still sexy as hell

FInally you respect my gender.

I like the following thought: Year ago you added pirate ships for April fools to test the boat gameplay/mechanics, and this year you guys are adding modern MBTs as a joke just to test composite armor and ERA, and let's be honest here, this is true, ERA is in the game files for months now, we know that you want to add tanks with composite armor to the regular tank tech trees

Obviously this is the case. With all the aircraft being helicopters, and the tanks being heavy ERA and composite vehicles probably to test game play

The Japanese Gepard has composite armour IRL AFAIK. So technically...

So when are spaceships going to be added?

Already in game, they have a Red Star on most of them ...

wow i finaly can identify myself as an attack helicopter

you guys better not play the april fools card here

oh dont worry... they are ONLY gonna add it on april fool #biggesttrollsever

Lapiz_Lazuli64, they might add it later though. Think about it, last year it was ships and this year helicopters. Next year could be submarines

Will we be able to play these today if it's March 31st for us?

maybe youll have to wait for april 1st..

So, it's not for the US? What is this heresy!