News
back to news
Attention! This news was published on the old version of the website. There may be some problems with news display in specific browser versions.
Profile
4 February 2016 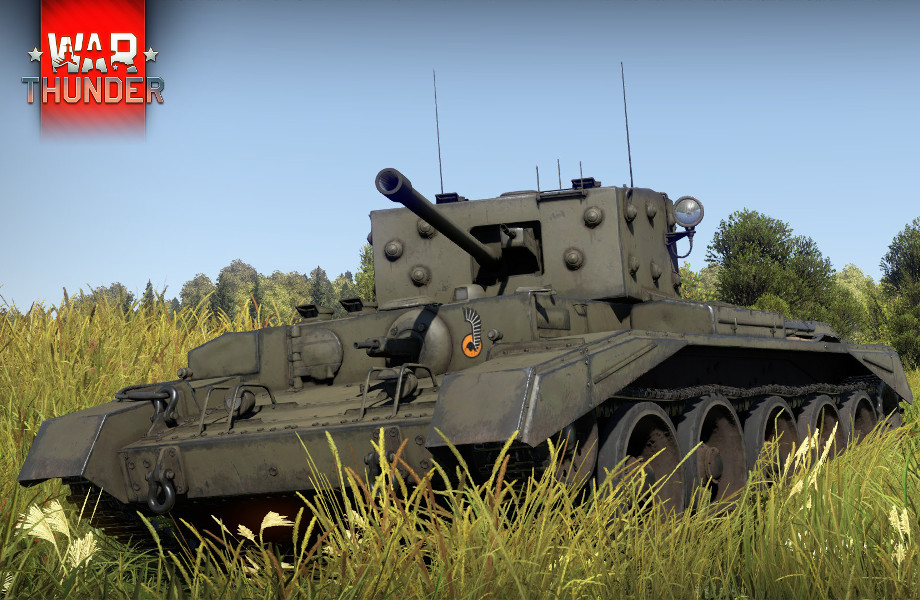 First arriving on the battlefields in 1944, the A27M Cruiser Tank Mk VIII Cromwell Mk I was a revolutionary step for the somewhat lackluster Cruiser series that had struggled somewhat during the early stages of the war. In War Thunder, the legendary Cromwell Mk I is available within the British Ground Forces tree at rank II to tank commanders and leads on to many of its famous successors such as the Comet and Centurion. Available early on to British tankers in game, the Cromwell arrived somewhat later than was required during the Second World War. None the less, proving popular with British tank crews, the Cromwell was the crowning achievement of the Cruiser series that led onto many successful variations and developments.

In War Thunder it's very easy to see why it was loved so much. Thanks to its low profile and somewhat decent all round armour that's able to provide solid protection, the Cromwell is very useful for ambushes and in employing hit and run tactics. Powered by a Rolls Royce Meteor engine, a relative of the Rolls Royce Merlin engine family that powered the early Spitfires and Hurricanes, the Cromwell was initially armed with the 6 Pounder QQF Mk III (57mm) cannon as well as a hull and coaxially mounted 7.92 mm BESA machine gun. The vehicle has a variety of available shells including AP Shot Mk 5, AP Shot Mk 5 HV, APC Shot Mk 8, APCBC Shot Mk 9 and HE Shot Mk 10. As well as this the Cromwell also has access to the Artillery Support unlock, making it a very effective tank for rapid paced frontline attacks and quick relocations.

British tank doctrine during the late 1930s and early 1940s dictated the need for two separate designations of tank class. This is reflected in game with Infantry tanks such as the Matilda or Churchill that could support ground units and advance slowly with heavy armour and would be flanked by smaller, less well armoured tanks known as Cruiser tanks. From a very early stage, it was foreseen that many of the current Cruiser series would quickly become outdated and plans were already in progress for several new developments. During the early Desert and African campaigns throughout 1941-1943, many lessons were learned about the flaws of the Cruiser series, perhaps influenced most importantly by the rapid development of the Panzerkampfwagen series. The A15 Crusader tank was an effective fighting vehicle, but was quickly falling behind times. This lead to three new concepts, the A24 Cavalier, A27L Centaur and A27M Cromwell all derived from the A15. Ultimately the Leyland built A27M was the tank that proved to be the most viable for further development.

The Cromwell’s main competition and closest comparisons in game would be the M4 Sherman, T-34 1940/41 and Panzer IV Ausf F2/G. By comparison to these tanks, the Cromwell operates rather differently and keeps up the traditions of the British Cruiser series. Agility and Speed are two of the Cromwell's most beneficial features further supported by the decent penetration provided by its accurate and fast firing 6 Pdr QQF Mk III (57mm) main armament. The Cromwell accelerates very fast from a standing start, so it is excellent at escaping from tight situations. Whilst its armour may not be its strongest feature, it is more than sufficient at protecting the tank from many of the early anti-tank cannons found in the early ranks. This does not mean the Cromwell should remain stationary for the battle, it's important to stay on the move and use the tanks speed, exceptional maneuverability and accurate, fast firing armament to help push the front line in battle and take any opportunity to flank and break through enemy lines.

The Cromwell received its “baptism by fire” in the Battle for Normandy after the D-Day landings in June 1944. Spearheading Operation Overlord for many British tank crews, the Cromwell proved to be a vastly superior vehicle to the previous Cruisers as well as being more popular than the early Shermans provided under the “Lend-Lease” program due to its speed, solid armament and lower overall profile. Despite this, the Cromwell still however had a difficult experience when faced with the Panzers V Panther and VI Tiger in direct confrontation. The Cromwell’s agility could provide more success in flanking and evasion than the Sherman could, but it was still not always enough to best the German Panzer Divisions effectively.

Experience with the Tiger and Panther would ultimately lead to further developments of the Cromwell series as quick “stop-gap” measures to get capable tanks into service fitted with the 17 Pounder Gun that could effectively penetrate the Panzers from range. The A30 Challenger and Avenger are two such examples, but ultimately, the experienced gained with the Cromwell would lead to the development of the A34 Comet and inspire the “Universal Tank” concept that resulted in the iconic Centurion Main Battle Tank.

What are your experiences with the Cromwell Mk I? Be sure to tell us in the comments!