News
back to news
Attention! This news was published on the old version of the website. There may be some problems with news display in specific browser versions.
Profile
22 December 2015

Darkness as an Ally: Night Fighting 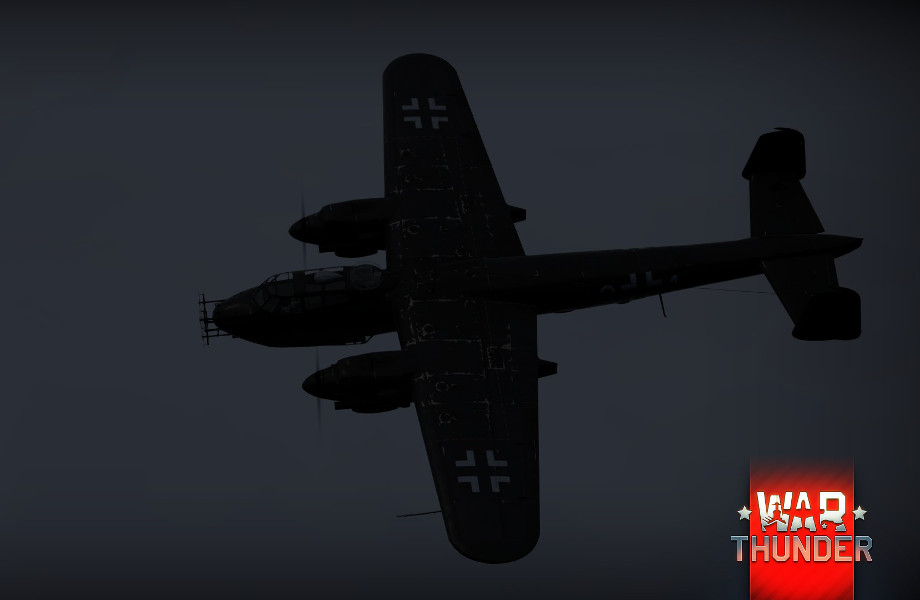 Since the early days of flying aviators have sought the cover of darkness to evade the enemy, from balloons escaping besieged Paris in 1870 to the Zeppelin raids of the First World War. Flying at night is inherently dangerous, but in the face of strong defences the benefits can outweigh the risks; at the start of the Second World War the RAF and Luftwaffe bombed by day, but unsustainable losses meant that both air forces were forced to conduct strategic bombing by night from late 1940.

Though most War Thunder matches happen on a clear day, battles occasionally take place at night. Night battles are visually striking, with searchlights playing across the sky and coruscating tracer fire blazing against the darkness; the effects are not just for show, searchlight beams are as dazzling as the sun if you are caught in them.  In modes with target markers these are still present, but appear at much shorter ranges than in daylight. Bombers have a better chance of remaining undetected, especially if taking advantage of terrain or cloud cover to their target. In tank battles, stationary vehicles are particularly difficult to spot, offering great ambush potential.

Night battles in Simulator mode offer a glimpse into the challenges faced by pilots trying to locate hostile aircraft with nothing more than the Mark I Eyeball.  Early interceptions were largely a matter of luck. Standard fighters such as the British Hurricane and Blenheim, and German Bf 109 and Bf 110, would hope to spot a bomber by moonlight or illuminated from the ground; sometimes they would even remove a section of canopy for a better view. There were numerous experiments with detection technology including airborne searchlights and infrared devices, but radar proved by far the most effective. The battlefield then extended into the electromagnetic spectrum as each side deployed ground and airborne radars, jammers and detectors of increasing sophistication. By the end of the war, night fighters such as the Mosquito NF XXX and He 219 posed a major threat to bombers, and each other, in the night sky.

Night missions are rare in random War Thunder battles, however you can specify weather conditions and the time of day when using the Test Flight/Test Drive option. For aircraft in your hangar, there is also a "Mission Editor" button in the bottom left of the Test Flight screen allowing you to set up a custom mission against AI opposition, such as attacking or defending bombers at night.

Night fighting was not confined to the strategic bombing campaigns in Western Europe. Fighter/bombers flew night intruder missions, attacking enemy bombers returning to their airfields, or other targets of opportunity; the Do 17 Z-7 introduced in Update 1.53 and Havoc Mk I Intruder are good examples of some of the earliest aircraft converted specifically for intruder operations.  On the Eastern Front and in the Pacific, attacks tended to be aimed at disrupting and harassing enemy troops and transport. Soviet Night Bomber Regiments flying the Po-2 biplane (sometimes available during special events in War Thunder) were the bane of many Axis troops, the most famous unit undoubtedly being the all-female 588th (later 46th Guards) Regiment, better known as the "Night Witches". In response, the Luftwaffe also pressed  training biplanes into service, eventually organised in Nachtschlachtgruppen (Night Attack Groups). As the Ju 87 became too vulnerable for daylight operations, many NSGr were equipped with night attack variants of the Stuka, operating on both the Eastern and Western Front.

Japanese night raiders, first encountered over Guadalcanal, caused few casualties but gained various nicknames from sleep-deprived US troops such as "Louie the Louse" and "Washing Machine Charlie". US forces eventually countered the raiders with night fighters including the P-61 Black Widow and radar-equipped variants of the F6F Hellcat, unusual in being single-seat night fighters without a dedicated radar operator. When nocturnal B-29 raids started on Japan the IJA and IJN deployed night fighters such as the Ki-45 and J1N1 Gekko in an attempt to combat them, but the Superfortress was a formidable foe for the depleted Japanese air forces.

War Thunder offers many missions against AI opposition (found under “Single Missions” in the menu). These span the available theatres, and include night missions such as “Night Witch Saving”, rescuing a downed Po-2 crew on the Eastern Front, and "Night Watch", interdicting Japanese convoys on Peleliu in an F6F.

Night battles give a very slight insight into the difficulties of actual pilots operating in darkness, and make an interesting change when they appear, but I suspect the challenging conditions mean most players are quite glad that they are the exception rather than the rule.

Want to read more about the aircraft and vehicles in War Thunder? Find other Vehicle Profiles on our website!