News
back to news
Attention! This news was published on the old version of the website. There may be some problems with news display in specific browser versions.
Profile
11 December 2015

Kugisho R2Y(2) - The Empire Strikes Back! 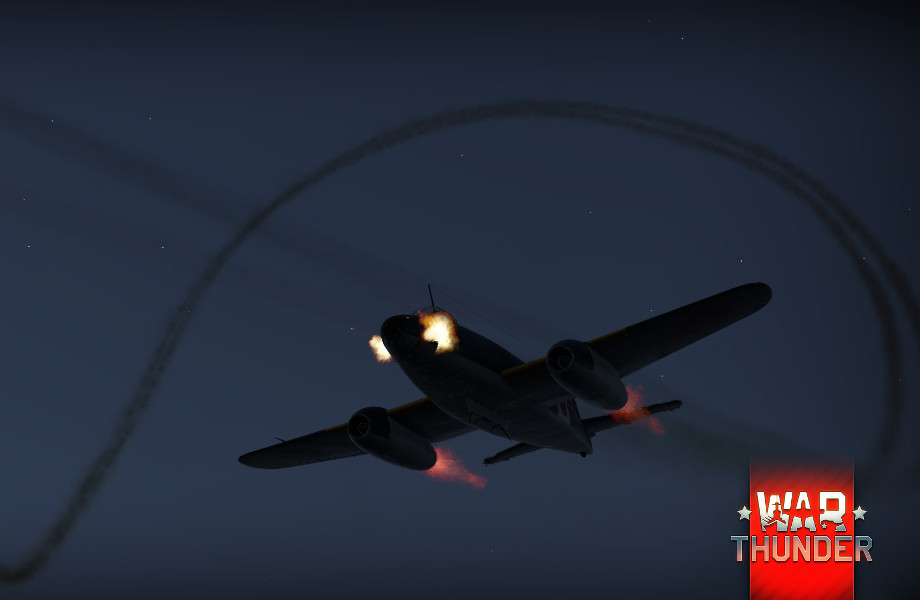 The Kugisho R2Y2 Keiun-Kai originally began with the R1Y1, which was intended to be a fast, long range reconnaissance aircraft for the ever expanding Imperial Japanese Empire back in 1942. The aircraft was to be of Piston engined nature, however the project was abandoned for the R2Y1 Keiun or “Beautiful Cloud”.

The R2Y1 would be a significant improvement over the proposed R1Y1 and was also more complex, utilizing a coupled engine arrangement of two Aichi Atsuta 30 engines, that when united were known as the Aichi Ha-70, similar to that of the Heinkel He-117 “Greif’s” DB 610 powerplant that featured coupled DB 605’s under a single gearbox. The unarmed aircraft was a very sleek design and featured a 6 bladed propellor and tricycle undercarriage like the J7W. Due to the large tailplane and rear fuselage a small secondary wheel was mounted under the tailplane to aid in preventing damage during takeoff and landings from tails strikes. Even during the development of this aircraft, Kugisho informed the Imperial Japanese Navy of the possibility of the aircraft adopting Axial-flow Turbojets such as the Mitsubishi Ne-330 engine.

By the late war years of 1944 into 1945 the IJN had little use or requirement for a reconnaissance aircraft as the Imperial Japanese Empire neared defeat in the Pacific. With the R2Y1 suffering setbacks due to engine issues and the first prototype destroyed by a U.S bombing raid, the R2Y was considered for adaption to the fast attack bomber role with the adoption of jet engines and offensive armament in order to defend the home islands.

The logical development of the R2Y1, R2Y2 Keiun-Kai, features a deadly offensive armament of 4 x 30mm Type 5 Cannons with 600 rounds of ammunition capacity. All 3 models of the R2Y2 feature a fuselage centerline bomb rack that can carry a 800kg Number 80 Modification 1 ground bomb for targets such as pillboxes or 800kg Navy Type 99 Number 80 Mark 5 AP bomb for targets such as ships. Another impressive feature of the R2Y2 is its excellent all round cockpit visibility, only further enhanced by the tricycle undercarriage that improves taxi, takeoff and landing views.

Situated within Rank V of the Japanese Nation in War Thunder, the R2Y2 Series are very effective machines, not just within their fast jet attack bomber role, but also as fighter aircraft. After expending the externally mounted ordinance, the powerful offensive armament of the R2Y2’s are not limited to ground targets, but also pose a serious threat in air-to-air engagements. The large ammunition capacity means the R2Y2 can remain in combat engagements for much longer than many of its contemporaries and with a fuel loads ranging between the minimum 20 Minutes or a full tank of 44 Minutes on the V1 and 47 Minutes on the V2 and V3, it can remain airborne for longer than many early jets as well.

The R2Y2 shares many airframe similarities to the R2Y1, particularly in the V1 model. This variant of the R2Y2 was the first step of conversion from a Piston engine to Turbojet engine as evident from the primitive engine configuration, similar to that of the Me-262 or Kikka of underslung jet pods housing the Ne-330 engines, with one under each wing. The major evolution of the visual appearance of the R2Y2 series comes with the V2 and V3 models. The much sleeker V2 features intakes at the leading edge of the wing root with the engines moved internally within the fuselage. The final variant, R2Y2 V3, features a nose intake rather than those within the wing on the V2 and sees a new tailplane design. Visually unique in their own way, the R2Y2 variants all fulfill the same operational role but should not be underestimated in combat.

The R2Y2 family of aircraft are exceptionally effective, efficient and visually beautiful aircraft series within combat in War Thunder and a extremely deadly force to be reckoned within the hands of experienced pilots. A unique design and a striking sight to see in the skies, spanning 3 models, the R2Y2 Keiun-Kai is a true favorite among many pilots.

Want to read more about the aircraft and vehicles in War Thunder? Find other Vehicle Profiles on our website!