War Thunder: 3 Years Anniversary Specials
30 October 2015 Special
Attention! This news was published on the old version of the website. There may be some problems with news display in specific browser versions. 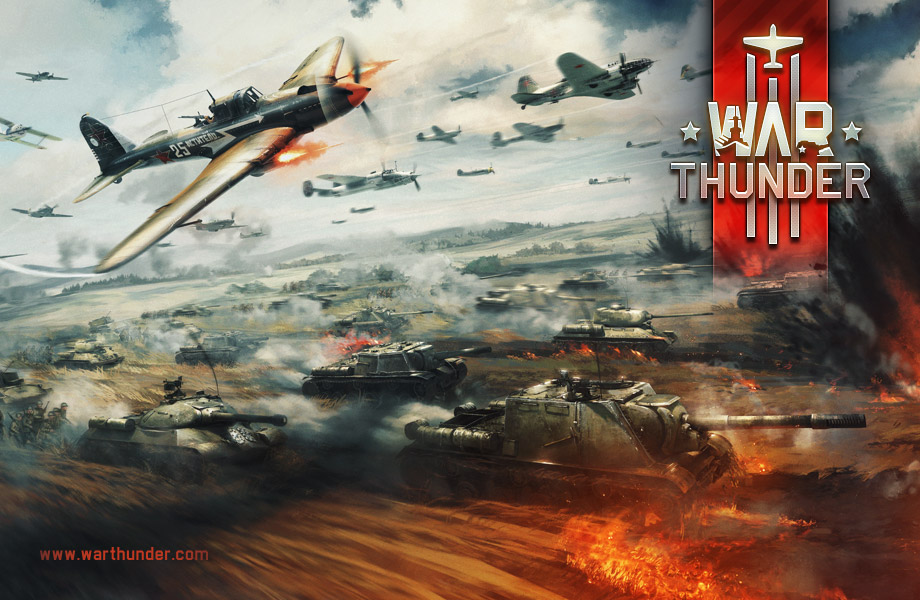 We are happy to congratulate the pilots and tankers of War Thunder with the third anniversary of the game.

During the past year, new maps and locations have been added and each one of them has introduced something special. The players were able to test the strength of the ice on the lakes of Finland, they could storm the White Rock fortress, join the capture of the Reichstag and participate in the Battle of Moscow.

Dozens of new armoured machines have been added to the ground vehicles’ trees. Among them were rocket tanks, the first examples of the Cold War vehicles and the legendary Maus. Now players have over 200 models of armoured vehicles to play with. The amount of aircraft - already the largest number in any flight sim - has also increased and exceeded 450 models.

Combat in War Thunder has become even more realistic. Ground vehicles now perform differently on different types of surface, the driver's view has been added as well as the commander’s binoculars. Operating cockpits have been added for the majority of aircraft along with contrails and the damage model system has been improved.

“We are grateful to all our players, to those who have been with us from the very beginning and those who has joined us more recently. Their ideas and suggestions and the passion with which they discuss the game always inspires us. The project is growing and developing and we are happy that our work meets the expectations and hopes of our pilots and tankers. Thank you and, as usual, we will see you in battle!”, says Kirill Yudintsev, Creative Director of Gaijin Entertainment.

To celebrate the Anniversary there will be a unique game event called '100' in War Thunder this weekend. Team battles with tanks and aircraft of the first rank will take place in the skies above Khalkhin Gol and on the Poland map.

Also, there will be a 50% discount for the most popular products which will be active throughout the weekend.

Besides all these and more, which you can read in its entirety in the list below, there will be events devoted to Halloween with the exclusive Po-2 night bomber as the main prize. This aircraft was the one that was flown by the women of the famous 46th Taman night bombing regiment whom the Germans called “Night Witches”. You will be able to receive the aircraft by destroying ground targets. The players will also be able to fly this legendary biplane in the Witch Hunt night races.

Without further ado, we are very pleased to present to you this year's Anniversary specials. See you on the battlefield!

As a special treat for you, the loyal supporters of War Thunder, we have asked the Community to decide which Gaijin Store packs should have a 50% discount during the 3 Years Anniversary celebration this weekend. The results are in, so follow the link to get to the packs!

All 50% discounts in detail here!

Planning to stock up on Premium time? For this anniversary, we'll make sure you get the most out of it! Get ready and arm yourself for the forthcoming War Thunder Update 1.53 'Firestorm' with a Premium Account worth 90 days or 1 year. There's a lot of content to come!

Anniversary In-game Specials: 50% off many Purchases

Planning to spend some Silver Lions and Golden Eagles? You've come to the right place at the right time! During this years anniversary, we will offer a 50% discount on many in-game purchases - including each and every vehicle, including Premiums! Happy shopping!

A birthday is the perfect time for gifts! But this time, the birthday boy will return the favour - you will be able to win valuable in-game prizes by simply having fun and playing the game. Every three hours, a new and simple to do task will pop up, granting you a 'Birthday Box' for completion! The tasks will be visible in 'Achievements', 'War Thunder - 3 Years', so be sure to check there regularly during the event!

Get unique Veteran player titles dedicated to the 3 Years Anniversary!

Been with us for quite a while? Perhaps you would like to show off your experience to all those newcomers with a special title in War Thunder? During the 3 Years Anniversary, we will be giving unique Veteran titles that weren't unlockable before. Fulfil the requirements and become a real War Thunder Veteran!

Get the Historical Campaigns for USA and Japan for free!

Ever tried the PvE experience in War Thunder? Win one Dynamic Campaign of your liking together with three friends and get both Historical Campaigns for the United States and Empire of Japan for free! Relive the history of the early Pacific Campaigns in War Thunder!

Participate in the '100' Team Deathmatch Event!

This weekend, in commemoration of the 3 Years Anniversary, we are presenting a brand new game mode available in 'Events & Tournaments', labelled 100. This Arcade experience will turn any War Thunder location into a fierce battlefield, as in this Team Deathmatch with unlimited respawns only one thing matters: Scoring kills! The first team to achieve the magic number of 100 killed enemies wins the day. Enjoy, and leave your feedback as always!

Onwards to many more great years with War Thunder!
Have fun during the Anniversary!