Pe-2-359
28 September 2015 Vehicle Profile
Attention! This news was published on the old version of the website. There may be some problems with news display in specific browser versions. 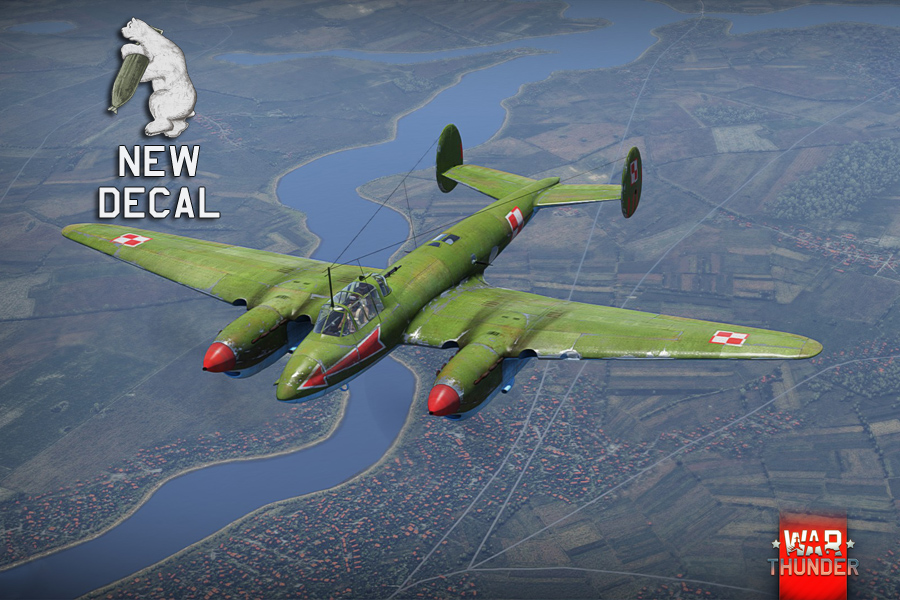 Pe-2-359 Peshka in standard unicolor camouflage with insignia of Polish Air Force, 1945.
Available for destroying 350 ground units or for 200

A selection of Pe-2 series aircraft in War Thunder:

The Pe-2-359 is a Soviet rank IV bomber with a BR of 4.7 and is currently the pinnacle of Petlyakov Pe-2 bomber line. Its fixed armament consists of two nose-mounted machine guns – one 12.7 mm (0.5‘‘) UB machine gun with 150 rounds, and one 7.62 mm (0.3‘‘) ShKAS machine gun with 450 rounds. Another four machine guns are mounted as a defensive armament. Two 12.7 mm UBT machine guns are mounted in dorsal and ventral turrets, and two ShKAS machine guns are mounted in side positions. The basic bomb load consists of six 100 kg (220 lb) carried internally in one central bomb bay and two smaller ordnance points at the rear of the engine nacelles. Through further progression, you can then unlock DZ-40 bomb racks, allowing you to carry three different ordnance configurations – either four 100 kg bombs internally and two 250 kg (551 lb) bombs externally, four 250 kg bombs externally, or two 500 kg (1102 lb) bombs externally. Alternatively, you can also unlock RO-132 rocket rails which will allow you to carry ten 132 mm (5.2‘‘) RS-132 rockets.

The biggest advantages of the Pe-2-359 are its speed and maneuverability. In both departments, the Pe-2-359 is impressive. Both at altitude and at sea level, its speed is good for a twin-engined bomber, allowing you to either make low-altitude high speed attack runs or to quickly get into position for dive attacks. It’s also surprisingly agile for a bomber, as it can horizontally outturn most heavy fighters and even some less agile single-engine fighters. As to offensive capabilities, the aircraft is equipped both with a horizontal bomb sight and airbrakes, so it can act both as a horizontal bomber and as a dive bomber against precision targets. Alternatively, ten RS-132 rockets can make the Pe-2-359 a formidable tank buster.

However, there are disadvantages as well. The fixed armament is inadequate at best. Two nose-mounted machine guns simply lack the punch of cannons and their low ammunition supply prevents prolonged usage. The defensive armament is not any better – the upper and lower hemisphere of the aircraft are each defended only by a single 12.7 mm machine gun, with the ventral turret having an extremely limited field of view and the side mounts being largely redudant. Your best defence is then the Pe-2-359’s agility and speed. When attacked by enemy fighters, use your speed to run away and your agility to dodge gun passes.

Fast, agile and very versatile, the Pe-2-359 can be a great bomber if used correctly and its niche lays in tank battles, where it can utilize its rocket armament and dive bomber capabilites. Further research of this line will then lead you to larger and much better armed Tupolev Tu-2 bomber.

Read more about the history of the Pe-2
and join the discussion on our forums!

Read more:
Legend of Victory: IS-2 №321
Dassault Milan: The Flying Mustache
"Danger Zone"  Update Teaser
Answers from the developers
Share the news with your friends!
Discuss on the Forums