News
back to news
Attention! This news was published on the old version of the website. There may be some problems with news display in specific browser versions.
Warrior Profile
14 September 2015

Bf 109, similar to the one flown by Major Helmut Wick.

In the skies to the southwest of the Isle of Wight in the early evening of December 28th 1940, three Bf109Es of JG2’s Stabsschwarm were locked in combat with Spitfires from No. 609 Squadron, RAF. At the controls of one of the German fighters was Oberleutnant Rudolf Pflanz. In the swirling dogfight he saw another Bf109 shoot down a Spitfire, but only moments later a second British fighter latched onto the 109 and shot it down in turn. Pflanz observed the 109’s canopy detach and the pilot jump as he maneuvered his fighter onto the tail of the Spitfire and opened fire. His stream of bullets and shells tore into the Spitfire and it fell into the sea, the pilot still at the controls. At that moment Pflanz did not know that he had just defeated the pilot who had shot down Helmut Wick – the highest scoring fighter ace of the Battle of Britain. Wick’s parachute drifted down towards the sea and soon vanished from sight.

Born in Mannheim, Baden-Württemberg in southwest Germany in August 1915, Helmut Wick was the youngest of three children. Wick spent much of his childhood travelling across Germany due to his father’s profession as a civil engineer. After graduating from school Wick initially began training as a forester but when changed paths and joined the newly formed Luftwaffe with a view to flying. Accepted as a Fahnenjunker (officer cadet) due to his impressive performance on his joining tests, Wick began officer training in Dresden in April 1936. Wick struggled with some elements of his training but successfully qualified and was posted to II.Gruppe Jagdgeschwader 135 to fly Arado Ar 68 fighters. He was commissioned as a Leutnant in the autumn of 1938 before being transferred to Jagdgeschwader 133 in January of the following year.

Whilst serving with JG 133, Wick converted onto the world class Messerschmitt Bf109 fighter; a huge jump from an archaic, open cockpit biplane to a high performance state of the art monoplane. This transition was made easier under the paternal tutorage of his Commanding Officer, expert fighter pilot and Spanish Civil War veteran Werner Mölders. The patient Mölders recognised real skill and raw ability in the headstrong and outspoken Wick, developing his skills until he progressed on to becoming a flight leader. Professional progress came hand in hand with a real transition in Wick’s life when in August 1939 he married his girlfriend Ursel, who was already heavily pregnant.

At the end of the month Wick was transferred to 3./JG2 and, during Germany’s lightning assault of Poland only days later, spent the opening rounds of the Second World War employed quietly in the defense of Berlin. His unit was relocated to Germany’s western border for what would become known as the Sitzkrieg as German and allied forces dug in and faced each other with only limited contact for several months. Despite this, Wick shot down a French Curtiss Hawk 75 in November. He was awarded the Iron Cross Second Class and returned home for Christmas with his wife and baby son.

When the Battle of France began in earnest in May 1940, Wick claimed three French bombers in a single encounter and by mid June was credited with 10 victories and awarded the Iron Cross First Class. With 14 confirmed kills by the end of the French campaign, Wick was now the third leading fighter ace of the Luftwaffe. In July Wick was promoted to Oberleutnant and took command of 3. Staffel of JG2 as the Luftwaffe began its assault against RAF Fighter Command in the skies over southern England. Always leading from the front with aggression and determination, Wick’s tally of victories grew steadily during the early phases of the Battle of Britain – on August 24th he shot down his 20th enemy aircraft and was awarded the Knight’s Cross three days later by Hermann Goering.

After a short spell of leave in Berlin with his family, Wick returned to the front line and was promoted again, to Hauptmann. This rank came with the responsibility of Gruppenkommandeur of I. Gruppe JG2. Continuing to fly relentlessly against the Spitfires and Hurricanes of the RAF, Wick doubled his tally of confirmed victories in a month, culminating on October 5th when he shot down five British fighters near the Isle of Wight – an area which would become one of Wick’s favourite hunting grounds. He became only the fourth individual to be presented with Oak Leaves to his Knight’s Cross, awarded personally by Hitler. Wined, dined and presented as a hero by the top brass of the Luftwaffe, the attention and adulation went to the head of the already confident and opinionated Wick. In an international press conference at Berchtesgaden in October, Wick proclaimed to the world’s media that the quality of RAF pilots was ‘laughable’ before going on to accuse them of cowardice and ridiculing other areas such as their anti-aircraft gunners and use of barrage balloons. He summed up the situation by claiming the Luftwaffe had achieved complete mastery of the skies.

Two weeks later Wick was promoted to Major and given command of JG27. He spoke to Goering personally to request to stay with his own Geschwader, which he was promptly given command of instead. During a single sortie on November 6th Wick shot down two Hurricanes and three Spitfires. Engaged in a competitive rivalry with other top scoring aces Adolf Galland and his former mentor Werner Mölders, Wick shot down a Hurricane on the 7th and then a Spitfire near Portsmouth on the 10th to achieve 54 victories. He was now tied at the top with Mölders. It would be over two weeks until his next encounter with the RAF and, after shooting down a Spitfire near the Isle of Wight on the afternoon of November 28th, Helmut Wick became the top scoring active fighter ace in the world. Keen to continue the momentum, he took off again at 4.10pm to return to the same area he had fought in only an hour before.

Spotting a squadron of Spitfires climbing to intercept his Bf109s, Wick led his fighters into a steep attack against the climbing British aircraft. Pilot Officer Paul Baillon of No.609 Squadron fell to Wick’s guns, becoming the German ace’s 56th victory – and his last. In the ensuing fight, Oberleutnant Rudolf Pflanz saw a Spitfire latch onto the tail of another Bf109 and dispatch it. Pflanz shot the Spitfire down and saw the 109 pilot bail out and disappear below him. Whilst there are several Spitfire pilots who made claims during the engagement, it is most likely that Wick was shot down by 16 kill Spitfire ace Flt Lt John Dundas. Dundas himself was killed moments later by Pflanz.

Extensive search operations were mounted day and night to recover Wick, by both naval units and the Luftwaffe’s air sea rescue service. Despite an erroneous claim by allied newspapers in January 1941 that he had been recovered and interned in a Canadian POW camp, Wick was never found and was proclaimed presumed dead on December 4th 1940.

Wick was almost the embodiment of a stereotypical fighter pilot: confident, aggressive, outspoken and loving the limelight. However, he was well liked by the men under his command the loyalty extended both ways: when Generalfeldmarschall Hugo Sperrle carried out an inspection of Wick’s squadron, he remarked that the ground screws looked scruffy. Wick responded: “these men are working day and night to keep our fighters in the air and have better things to do than to get a haircut.” He also commented that he wanted to fight, and die fighting taking as many of the enemy with him as possible. Helmut Wick achieved his own aim admirably.

In one of the following Updates, we will include
the emblem of the JG2 "Richthofen" Squadron: 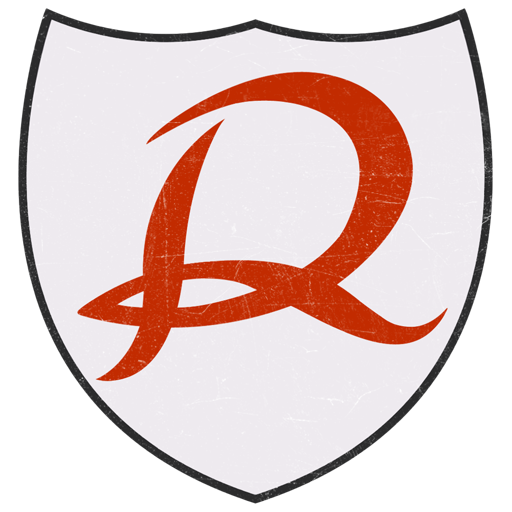