T-50
6 August 2015 Vehicle Profile
Attention! This news was published on the old version of the website. There may be some problems with news display in specific browser versions.

The T-50 in a standard Soviet camouflage.

Coming as a successor of the BT-7, the T-50 retains excellent speed and agility, but with much better armour protection. The frontal glacis is virtually immune to autocannons and smaller caliber rounds of other light tanks, and at the long range, it can deflect even larger projectiles. However, the tank has two major disadvantages. The first one is extremely slow turret traverse, which will hamper your attempts to lead fast targets (such as other light tanks) and will significantly lower your response time. The second weakness is the gun. While adequate against reserve vehicles and low tier light tanks, the 45 mm gun will struggle against medium tanks such as M4 Sherman or PzKpfw IV Ausf.F2, which you can penetrate frontally only at short range, thus forcing you to rely on flank shots. And due to BR 2.7, you will face both tanks that you can destroy easily, and tanks that have significantly better armour and firepower. That said, a good T-50 driver must be very adaptable, as he needs to adjust his play style according to which opponent he faces.

With high mobility, strong frontal armour, but rather weak armament, the T-50 can be challenging experience, but in a hands of determined player skilled in improvisation, it can do wonders. It will also serve you as a last vehicle from the tech tree before entering the legendary T-34 medium tank series.

In 1939, the development of the replacement for already obsolete T-26 light tank was issued to OKMO design bureau, attached to Factory No.185 in Leningrad. Technical specification called for weight of 14 tonnes (30 865 lb), main armament consisting from 45 mm (1.77’’) gun and 45 mm (1.77’’) thick sloped armour. First prototype of the tank, designated T-126SP (abbreviation for Soprovzdheniya Pekhoty, “Infantry Support), was completed in the summer of 1940. The vehicle possessed excellent frontal armour protection for a light tank, and other advanced features compared to earlier Soviet designs, such as a five-man crew, commander’s cupola, radio as a standard equipment, or a three-man turret. It was armed by a single 45 mm (1.77’’) main gun and two 7.62 mm (0.3’’) machine guns, and it was propelled by the inline 6 cylinder V-4 engine, producing 250 horsepower.

Trials however discovered multiple issues, such as extremely cramped crew compartment and poor power-to-weight ratio. Based on trial results, the frontal armour thickness was reduced to 37 mm (1.46’’) in order to reduce weight, the number of crewmen was reduced to four, a more powerful V-4 diesel powerplant was installed, and other small modifications were made. Modified tank was designated as the T-127SP, and after successful trials and some other modifications, it was approved for serial production as the T-50, with the production starting in April 1941.

However, in time of the German offensive in June 1941, only approximately 50 T-50 tanks were produced. The production was extremely slow not only because of high costs, but mainly because of issues with the V-4 engine. The powerplant, designed specifically for the tank, suffered from extremely low reliability, and all attempts to improve it failed. Furthemore, a British Valentine infantry tank was supplied to Soviet Union via Lend-Lease from autumn 1941 on, and proved itself to be a better infantry tank than the T-50. Soviet officials thus decided to discontinue the T-50 production, and focused on the mass production of other tanks.

Only 69 T-50 tanks were manufactured, including a small number of T-50s with applique armour bolted onto the frontal glacis. The vehicle was used operationally, but details about its service are not known. It was supposedly deployed in defence of Leningrad, and most of them were most likely lost quickly, either due to enemy action, or because of mechanical issues.

Would you like to find out more about the T-50? Be sure to view the War Thunder Wiki article!

With one of the upcoming Updates, we will include the
Soviet tactical number P-87 in War Thunder: 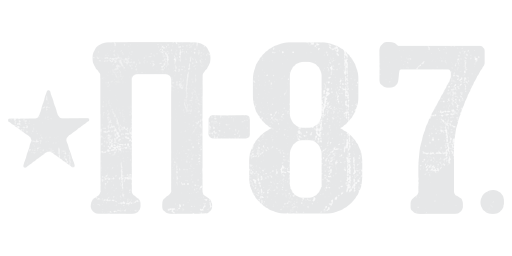 What do you think on this little, agile vehicle?
Leave a post with your experiences in the comments!