Heavy Tank M6A1
6 July 2015 Vehicle Profile
Attention! This news was published on the old version of the website. There may be some problems with news display in specific browser versions.

The M6A1 in War Thunder. You can also read more about it in our official War Thunder Wiki!

The M6A1 in War Thunder

Regarding armour protection, the thickest part of it in the frontal armour is the lower glacis with 101.6 mm thickness. Upper frontal glacis is 82.5 mm thick, and the intersection between the upper and lower glacis is 69.8 mm thick. Combined thickness of the turret’s front is 101.6 mm of armour, and the thickest part of the turret is the mantlet’s edge, being 250 mm thick. Turret’s side and rear armour is 82.5 mm thick. Upper side armour has 44.4 mm of armour, while lower side armour, behind the tracks, is 69.8 mm thick and augmented by additional 25.4 mm plate covering the suspension. Rear armour is up to 44.4 mm on the rear of side sponsons.

The M6A1 is designated as a heavy tank, but don’t let this fool you. The armour protection is actually quite ineffective, as an absolute, most of guns on a given BR range will have no trouble penetrating your frontal armour. The main 3” gun has adequate firepower at the given BR, but the secondary 37mm gun is useful only as a weapon of last resort when your main gun is disabled, or as a distraction. Acceleration is good, but hull traverse is poor, and the tank itself is a large and tall target. Compared to the M4A2(76)W Sherman medium tank at the same BR, which offers the same main gun and only slightly weaker armour protection with a much better mobility, the only advantages of the M6A1 are thicker turret armour, and rear-mounted transmission much less prone to damage. That said, the tank requires cautious play style and it is recommended to play it as a second line support vehicle, as it does not have the armour to lead the charge, firepower to act as a long range sniper, or mobility to act as a flanker.

To sum things up, the M6A1 is rather odd vehicle, with many players considering it sort of a white elephant. But in hands of a skilled player, brave enough to overcome all disadvantages, it can achieve great results nevertheless.

The M6A1 in History

During the interwar years, tank development was largely neglected in United States. This changed after an outbreak of Second World War. Under impression made by effective use of tanks by Germans during 1940 , US Army Ordnance Corps ordered a development of a new heavy tank in 1940. Initially, the design was planned as a multi-turreted tank with four turrets, designated as Heavy Tank M1. However, its concept was proven as obsolete, and the tank was redesigned to have only a one turret, housing two guns - main 3-inch (76.2 mm) high-velocity gun, derived from T9 anti-aircraft gun (later standardized as M7), and coaxial 37 mm M5E1 gun. Armour thickness then varied between 25.4 mm and 101.6 mm.

Due to tank’s weight, a suitable powerplant was needed. It was then decided to use Wright G-200 9-cylinder air-cooled radial engine, which produced 950 horsepower at 2300 RPM. However, there was no automotive transmission available for engine of this power. Various systems were proposed - gas-electric transmission, conventional synchromesh transmission and Hydramatic automatic transmission. The latter was chosen, with electric and torque converter transmissions being recommended for further study. Hydra Matic transmission was however very problematic, and prototype featuring it was never finished. Instead, three prototypes were completed between 1941-1942, one equipped with electric transmission and cast hull (designated as T1E1), and two with torque converter transmission (T1E2 with cast hull and T1E3 with welded hull). After a series of tests, the tank was accepted into production in December 1942 under designation of M6 (based on the T1E2), and M6A1 (based on the T1E3).

However, by the time first M6’s were completed, the US Army lost interest. This was caused not only by the disadvantages of the design (such as large silhouette, logistics problems, impractical internal layout and reliability issues), but also by a fact, that M4 Sherman medium tank suited the needs of US Army while being much lighter, cheaper, more reliable and easier to transport. M6, on the other hand, was simply too heavy and slow to be a viable tactical asset. Subsequent operational trials in Fort Knox in early 1943 discovered even more flaws of M6 - 37 mm coaxial gun was deemed useless, and main 76.2 mm gun lacked the firepower  needed for a heavy tank. Several attempts were made to improve the design (such as T1E1 prototype with 90 mm gun, or M6A2E1 with thicker armour, 105 mm gun and a new turret), but despite these efforts, M6 was declared obsolete in 1944. Only forty M6 and M6A1 tanks were ever produced, including prototypes, and none of them were ever used operationally. All units were then scrapped except a single T1E1 prototype, which is now on display at the US Army Ordnance Museum in Aberdeen.

In one of the following Updates, we will include the
Emblem of the 70th Armor Regiment to War Thunder: 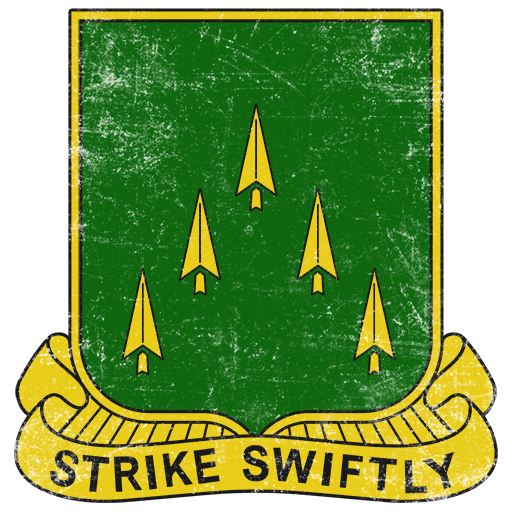 Have you tried the M6A1 yourself yet? Do you agree with the Author's
conclusion, or do you have a different view? Tell us in the comments!