News
back to news
Attention! This news was published on the old version of the website. There may be some problems with news display in specific browser versions.
Special
4 July 2015 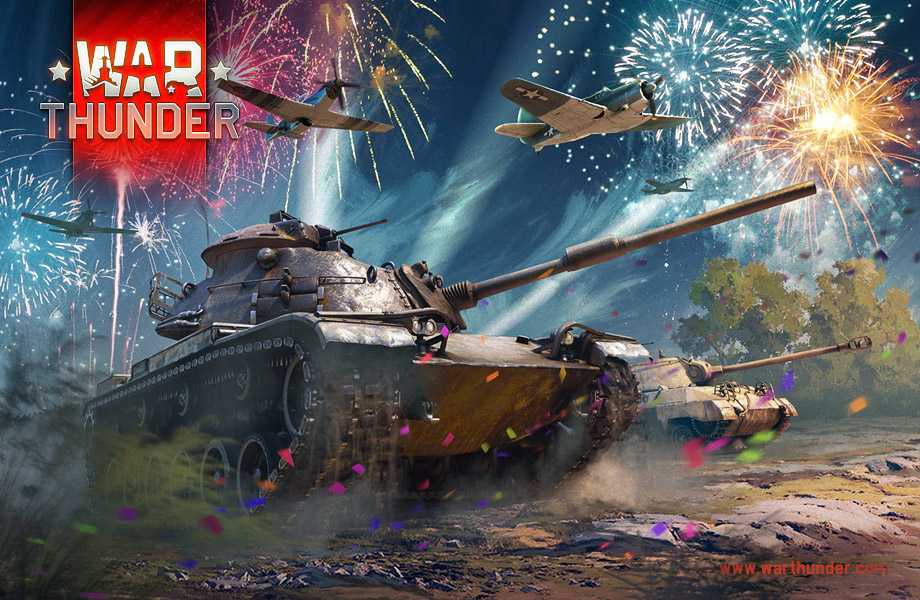 Take the initiative and lead your team to victory, being placed first
for the winning team 3 times, to receive the P-26A-34!

The 'Battle Of Midway' event will be available in the
'Events and Tournaments' tab for Realistic Battles to commemorate this day! Watch out for fireworks from AA Fire!

The Fourth of July marks a significant and widely celebrated date in the history of the United States of America. Around the world, this is the day that is commonly known and referred to as “Independence Day”.

Commemorating the signing, adoption, and publication of the Declaration of Independence, which ultimately marked their separation from The Kingdom of Great Britain, Independence Day is a federal holiday in the US, however, it was on the 2nd of July in 1776 that the Thirteen Colonies legally separated, after the Second Continental Congress voted in favour of this decision. The Declaration had been in preparation and writing by Thomas Jefferson and the Committee of Five since June 11th that same year, and was published two days later. It is famously known to specifically outline that all men are born equal, and that they have the right to choose their own government. It is on these ideals that American democracy was instituted.

The first documented celebration of Independence Day was the Bristol Fourth of July Parade, in Bristol, Rhode Island. It started in 1785, and continues as ongoing even today. Floats of various themes, and of course, fireworks, are well known to accompany modern celebrations. Macy’s in New York hosts the biggest fireworks display of all, with over 75,000 lbs lighting up the sky for around half an hour.

As it is a federal holiday, all non-crucial federal institutions, like schools and post offices, are closed. Generally, the event is celebrated by the population at large, much of the time in an outdoor setting with family and friends over a barbeque or picnic. Community events are also held in towns and suburbs, each celebrating with various games and activities. 4th of July celebrations are classically known to host eating contests, tugs-of-war, swimming, and sport activities like baseball and football. In larger towns and cities, politicians publicly appear to give patriotic speeches, commemorating the first generations of Americans who fought for the future of their country. Following the war, it was a tradition to call out the British and playfully encourage them to fight. This “twisting the lion’s tail’, as it came to be known, was greeted with great zeal by the American people.

As one of the most important days of the year for the American people, Independence Day signifies a crucial part of American history that was instrumental in forming the USA as it is today.