The M46 Patton in War Thunder

The Thickest armour is at the front, with the hull and frontal turret maintaining 101mm of armour. The sides of the Patton maintain a thickness of 76mm, The rear hull maintains 51mm, and the rear of the turret, 76mm. The speed at which you can reload by default is 11.8 seconds per round. The Patton’s engine boasts 810 Horsepower at 2800 RPM, with a top speed of 29 mph (47 km/h). The M46 is also available as a premium, The “M46 Patton (73 Tank Battalion)”. As a tier IV for the Americans, it maintains the same Armament, ammo types and armour, but comes by default with an insignia of a tiger, situated at the front of the tank.

The M46 Patton in History

The M46 Patton can see its development arising as a replacement to other vehicles in the U.S. armed forces that had been used during World War II. At the time, it was mainly the M4 Sherman, and the M26 Pershing, that equipped the armed forces. Although the M26 was considered to have performed well at the time, showing favourable results when compared to earlier U.S. tanks (the M4 Sherman Included), its mobility was not considered up to par with its intended use, sharing the same arguably unreliable transmission that was found on the M4A3.

In order to alleviate some of the setbacks that were considered prevalent with the M26, work began in January, 1948, on improving the M26’s design. Improvements did not stop with the transmission however, and the amount of modifications that were added seemingly mounted. As a result, in November, the highly improved tank received its new designation: The M46. In comparison to its predecessor, the M46 had several benefits, including modifications to the transmission, improvements to the power plant which lead to a higher power to weight ratio, and a new main gun with modifications to the barrel. In total, 1,168 M26 Pershings were rebuilt into the M46 Patton, spread across two different variants.

The M46 served in combat throughout the Korean War, and were considered superior to the North Korean T-34-85’s. The M46 served alongside other American tanks, including the M26 and Sherman, however as more Pattons were made available to the U.S. fighting forces in Korea, they were able to replace the now inferior M26 completely, with its full withdrawal by 1951.

In one of the following Updates, we will include the Emblem of US Marine Corps: 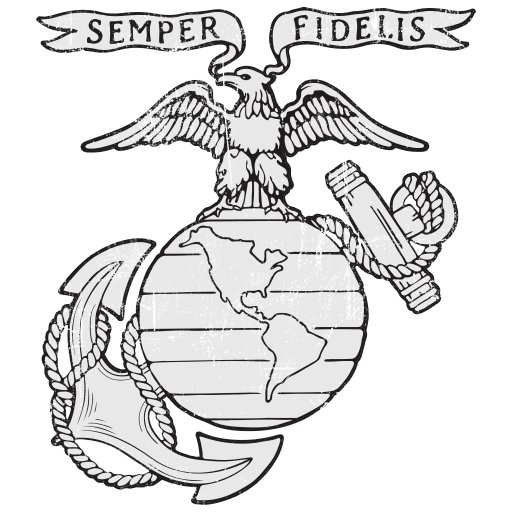 Have you already unlocked the M46 Patton?
Or maybe you have the premium version - M46 "Tiger"?
Leave a post with your experiences in the comments!