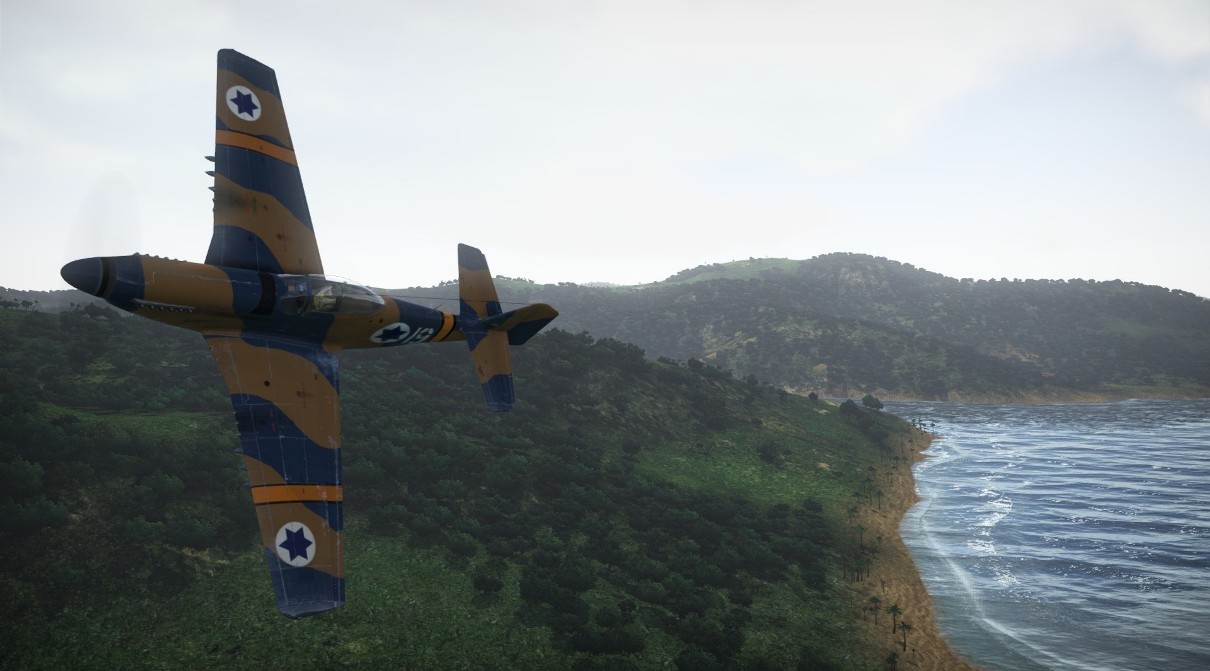 The direct predecessor of the Israeli Air Force (זְרוֹעַ הַאֲוִויר וְהַחָלָל, English abbreviation IAF) was called Sherut Avir, which was name for an air wing of Israeli Haganah underground armed forces. This air corps initially possessed only a small number of various militarised civil aircraft, but Israeli agents soon negotiated aircraft deliveries from Czechoslovakia, as the Czechs already supplied Israel with infantry weapons and ammunition at the time.

Dismantled fighters were then ferried to Israel by air, with the first deliveries arriving on 20th May 1948 - six days after Israel declared statehood, and five days after neighboring Arab countries responded by quick offensive, starting so-called War of Independence.

The first aircraft acquired were Avia S-199 fighters - Czechoslovakian conversion of Messerschmitt Bf 109 G-6, equipped with Junkers Jumo 211F inline engine instead of the standard Daimler-Benz DB 605. Despite S-199’s poor handling characteristics, the first Israeli fighter squadron was formed, and following the official founding of the Israeli Air force on the 28th May 1948, four S-199s, nicknamed Sakeen (“Knife” in Hebrew), were deployed for the first time on the 29th May, conducting ground attack sorties against Egyptian forces near Ashdod.

Along with more S-199s, the Czechoslovakians eventually provided Israel with Supermarine Spitfire LF.Mk.IXe fighters, delivering them during 1948 with many of them reaching their destination after the cessation of hostilities. The first IAF aerial victory was achieved on the 3rd June, when Modi Alon, piloting an Avia S-199, managed to shoot down two Douglas DC-3 transport planes used as makeshift bombers by the Egyptian Air Force, which were bombing Tel Aviv.

On the 8th of June, the first aerial dogfight also occurred, with Gideon Lichtaman shooting down an Egyptian Spitfire. Until the end of hostilities, new types of aircraft were purchased from various sources, including Boeing B-17 Flying Fortress heavy bombers, de Havilland Mosquito fighter bombers, and North American P-51 Mustang fighters.

After the end of the War of Independence, foreign volunteer pilots, representing the core of IAF flying personnel during the war, were dismissed, and the IAF started to rely on Israeli pilots only. Tactical doctrines were developed including the importance of aerial reconnaissance, new squadrons were formed from acquired foreign planes. During the early 1950s, the IAF also entered the jet era by acquiring Gloster Meteor jet fighters in 1953. In 1956, the IAF then participated in Operation Kadesh - the codename of the Israeli strike to reclaim the Suez Canal, supported by France and Great Britain.

During the operation, IAF Mustangs conducted a daring low-level raid, cutting telephone lines in the Sinai with their wings and propellers, while transport planes assisted by carrying paratroopers and the rest of IAF provided air support and defended ground units against Egyptian aircraft.  The brightest moment of the IAF then came on the 5th of June 1967, when Israeli fighters were able to cripple Jordanian, Egyptian and Syrian air forces with a single decisive strike, achieving total air superiority over all three countries as part of Operation Focus. During the following Six-Day War, Israeli pilots claimed over 450 enemy aircraft destroyed, with absolute most of them destroyed on the ground. After this conflict, McDonnell Douglas F-4 Phantom fighters (nicknamed Kurnass - “Sledgehammer”) were sold to Israel by the US, beginning the American military support of Israel which has been continuing until the present day.

The next conflict was a War of Attrition between 1967 and 1970 against Egypt, characterized by artillery ambushes, commando raids and extensive air activity. The IAF, equipped with Phantoms and Dassault Mirage fighters, again prevailed against Egyptian Air Force possessing Soviet-made fighters such as MiG-21, losing approximately 26 aircraft while claiming up to 114 Egyptian planes shot down.  After the War of Attrition, IAF was then further modernized, acquiring more Phantoms and Mirages, supplemented by A-4 Skyhawks and domestically built IAI Sa’ar fighter-bombers (licensed version of Dassault Super Mystére).

The biggest challenge for IAF came with surprise joint strike of Egypt, Syria and Jordan in 1973, starting Yom Kippur War. This time, the IAF suffered serious losses at the hands of well-prepared Egyptian and Syrian surface-to-air missile (SAM) positions and anti-aircraft artillery emplacements. The IAF was able to effectively contribute in the conflict and to cause severe losses on Egyptian and Syrian air forces, but the price was high - over 100 IAF aircraft were shot down, most of them by SAM and anti-aircraft fire. This painful experience influenced IAF tactical doctrines after the conflict with attention focused on minimizing the SAM threat.

In the 1970s and during the early 1980s, the IAF not only effectively replaced its losses from the Yom Kippur War, but also managed to significantly expand. Aside from Skyhawks and Phantoms, F-15 Eagle and F-16 Fighting Falcon fighters were acquired, supplemented by domestically built IAI Nesher and IAI Kfir fighters, the latter being a derivative of the French Dassault Mirage 5. In 1981, IAF conducted an successfull airstrike on Osiraq nuclear facility located in Iraq, while in 1982, the IAF participated in the First Lebanon War, destroying Syrian SAM sites in Beqaa Valley in Lebanon and claiming over 80 Syrian planes shot down with no recorded loss in air-to-air combat on Israeli side.

From the 1990s to present day, the main attention of the IAF has been focused on the Gaza Strip, with IAF activity culminating after a unilateral Israeli withdrawal from Gaza in 2005. In 2007, the IAF destroyed a suspected Syrian nuclear facility in Deir ez-Zor, and from 2011, IAF started to operate the Iron Dome anti-rocket defence system.

From the ragtag collection of militarised civilian planes in 1948 up to one of the most modern air forces of today in 2015, the Israeli Air Force has undergone a fast development hallmarked by numerous clashes with numerically superior enemy. Thanks to the skill of pilots and brilliant strategy decisions, the IAF overcame every challenge with pride and honour, and can be rightfully proud of its rich and interesting history.

There are many aircraft in the game that have been connected with the Israeli air force throughout its history, try them out yourself in honour of these skilled airmen.

In one of the following Updates, we will include the
'Israeli Air Force Roundel' decal to War Thunder: 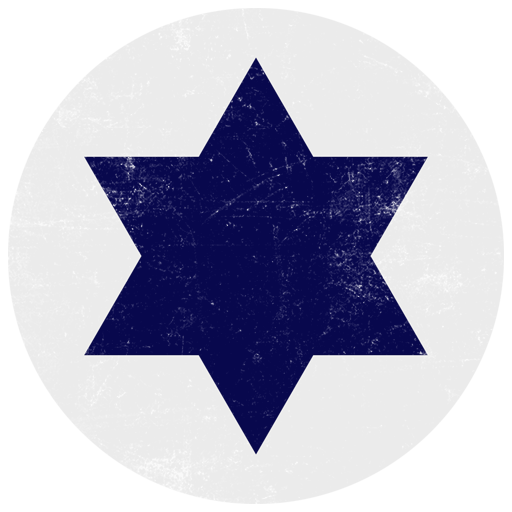