Weapons of Victory: T-34-85E
28 April 2015 Series
Attention! This news was published on the old version of the website. There may be some problems with news display in specific browser versions. 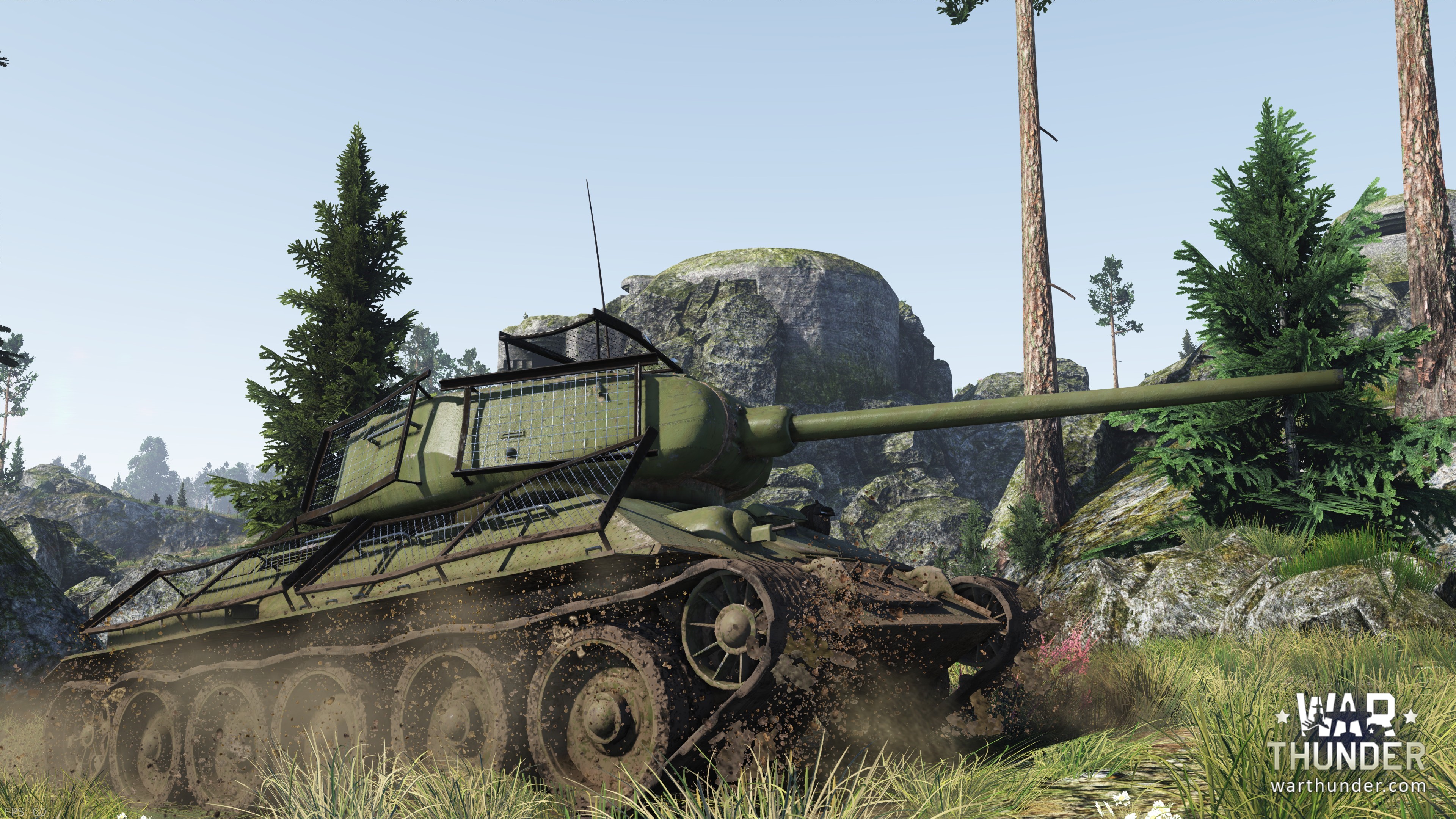 Field modernization of the T-34-85, 1945 with mesh screens. A victory-tank, preserved by photos and footage of military chronicles. We wanted to recreate this tank in game.

As Soviet troops moved deeper into the Germany, a growing share of losses in armoured vehicles was due to hand launched antitank weapons. Even though the effectiveness of these weapons was not very high in reality, they were widely used by the enemy forces so caused problems with sheer numbers, it prompted the development of field modifications to enhance the protection of the crews’ vehicle.

One way to increase the safety of the tank was shielding with a thin sheet or mesh screens. However, tests of the newest types of hand grenade on shielded tanks showed the low efficiency with such screens (armour could still be penetrated), and as a result this shielding was not widespread. But a number of tanks, were still equipped with this kind of protection and became widely known thanks to photographs from the streets of a defeated Berlin.

The tank will appear in the game just like it was in the photos. The most interesting thing was not even the mesh screens, but the missing frontal mud guards. We had a lot of heated discussions with our colleagues about this - were they removed intentionally or were they lost while moving through city barricades?