The elite group of men and women who are referred to as ‘aces’ is selective at best; nations originally disagreed on not only the exact number of kills required but also the best term used to describe the elite pilots who met the standard. Even more elite is the fraternity made up of those who achieved the coveted title ‘Ace in a Day’ – those who shot down five or more aircraft within a 24 hour period. French flying virtuoso Pierre Le Gloan was one of these few men. Not only did Le Gloan achieve the title of Ace in a Day, he was perhaps the only man who combined this remarkable feat with becoming an ace for the allies and the axis forces.

Born in Kergrist-Moëlou in Brittany in the northwest of France in January 1913, Pierre Le Gloan was only five years old when the first major air war the world had ever seen came to a halt in the skies above his own country. Le Gloan was not from a particularly affluent family; for a young boy growing up with a growing interest in aviation, a career as a pilot seemed at times like an unrealistic dream. However, hard work as an adolescent paid off and the teenaged Le Gloan won a civil aviation scholarship, funded by the French government, which gave him his first real taste of flying.

The scholarship led on to Le Gloan’s entry into the French Air Force in 1931. During flying training he discovered he had an aptitude for formation flying; a keen marksmen, he also quickly took to air-to-air gunnery. A natural pilot and a fine shot, Le Gloan was selected for training as a fighter pilot. By 1935 he had been certified as a Flight Leader with the 6th Fighter Wing. By September 1939, with the outbreak of World War II, Le Gloan was an experienced and respected Sergent with the 5th Escadron of Group de Chasse 3/6, equipped with the Morane-Saulnier MS.406 fighter.

When compared to the vicious, swirling dogfights of hundreds of aircraft which ravaged the skies of Western Europe later in the war, the air war over France in late 1939 began slowly. On November 23rd, their unit charged with defending the skies over Paris, Le Gloan and Lieutenant Martin shot down the Group’s first confirmed victory – a Dornier Do17. With the pace of fighting slowly picking up, Le Gloan and his Flight were involved in more aerial combat and in February 1940 he was awarded the Croix de Guerre for his leadership. On March 2nd he shot down another Do17.

In May 1940, the ‘Phoney War’ for France came to a crashing halt as the forces of the Wehrmacht swept across the border; Le Gloan and his countrymen were thrust into bitter and violent fighting. As the fighting raged and Le Gloan’s squadron took to the skies time and time again, he shot down two Heinkel He111s but by early June the entire Group had been reduced to only four operational fighters. With Le Gloan now promoted to Adjudant, The unit was withdrawn to re-equip with the more capable Dewoitine D.520 fighter. Shortly after this the situation for France deteriorated further when Italy declared war.

With Le Gloan’s squadron already at Le Luc airfield in the south of France for their conversion to the D.520, they were ideally placed to face this new threat as the first bombing raids swept across the border with Italy. On June 13th, Le Gloan shot down two Italian Fiat BR.20 twin engine bombers. Two days later, Le Gloan would achieve nation-wide fame: flying in company with Capitaine Assolent, the pair engaged a formation of twelve CR.42 fighters. Although heavily outnumbered, the speed and punch of the D.520 was used to good effect against the comparatively archaic Italian biplanes – Le Gloan shot down three fighters whilst Assolent claimed a fourth. But Le Gloan was not finished – on route home he encountered another group of Italian aircraft and shot down another CR.42 and a BR.20.

His feat of shooting down five enemy aircraft in a single flight – achieving Ace in a Day – had not been achieved by a French fighter pilot since Rene Fonck had shot down six aircraft in a single day in May 1918. Fonck himself travelled down to congratulate Le Gloan and announce his field commission to sous-lieutenant. As an 11-kill ace, Le Gloan was now a national hero.

However, despite the aggression of French servicemen both in the air and on the ground, France capitulated to the Germans. The country’s military was torn in two as thousands fled to allied nations to carry on the fight against the German invaders, whilst the newly established Vichy government was forced to work alongside their German conquerors. Le Gloan found suddenly himself on route to Syria as part of the now axis Vichy French forces. During the summer of 1941, Le Gloan became an axis ace when he shot down six RAF fighters.

The situation for the Vichy French forces became even more complicated in November 1942 with the allied invasion of North Africa – loyalties to the Vichy regime were becoming more strained and many French units refused to oppose the allied landings. Le Gloan found himself again on the allied side of the conflict. In May 1943 his Group converted to the P-39 Airacobra.

On September 11th 1943 whilst flying a two aircraft patrol off the coast of Algeria, Capitaine Le Gloan ‘s P-39 developed engine problems and he turned for home, his engine trailing smoke. His engine failed and he attempted to carry out a forced landing in the vicinity of Ouillis. With fuel still present in the belly tank of his fighter, the aircraft exploded on contact with the ground and Le Gloan was killed instantly.

Remembered as a brilliant pilot and natural aviator, Pierre Le Gloan’s successes for both sides of the largest air conflict of all time make him unique in the annals of aviation history.

In one of the future updates we will introduce "African Mask", 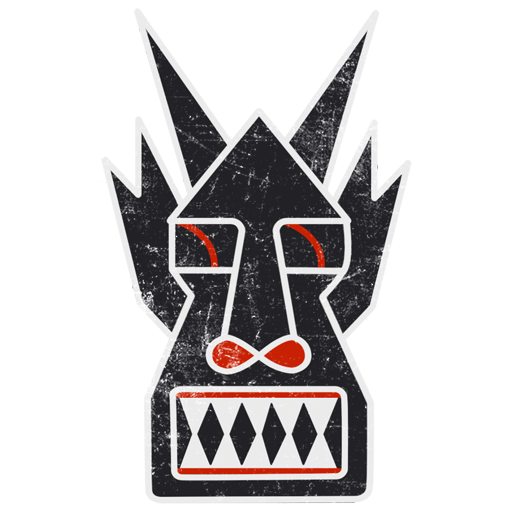 Japanese Jets of WW2
Share the news with your friends!
Discuss on the Forums