Yak-3
11 December 2014 Aircraft Profile
Attention! This news was published on the old version of the website. There may be some problems with news display in specific browser versions. 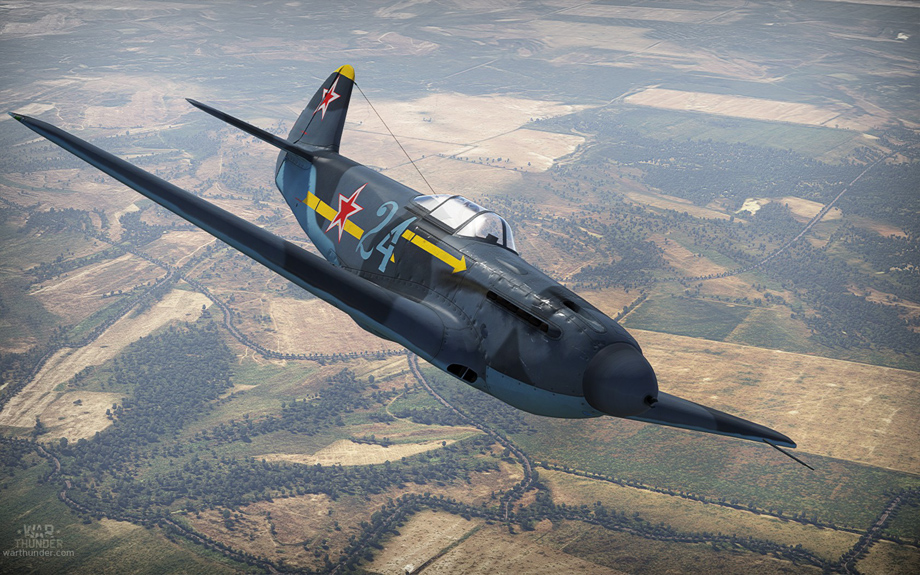 The idea to produce a new fighter for the Red Army Air Force went as far back as 1941. It was then that the Yakovlev Design Bureau presented the I-30 prototype, intended an alternative to the earlier Yak-1 design. However, the German invasion of the USSR as well as aluminum shortages meant that the project had to be put on hold. Yakovlev resumed the development in 1943 while working on an upgraded version of the Yak-1 fighter. This time, it was decided that a new aircraft should be produced to completely replace the Yak-1 and Yak-7 models. The new machine was dubbed as the Yak-3 and entered service with the Red Army Air Force in 1944.

The new fighter quickly became very popular with Soviet pilots. They highly praised its solid armament of two Berezin UBS 12.7 mm machine guns and one ShVAK 20 mm cannon as well as ease of piloting and superb low-altitude performance. Marcel Albert, the top scoring French ace of World War II, cited the Yak-3 as one of the best fighters of the war, along with the P-51 Mustang and the Supermarine Spitfire. After the war the Yak-3 was also used by the Air Forces of Socialist Yugoslavia and Poland.

In game, sitting in Era III with a 4.0 Battle Rating, the Yak-3 retains many of the advantages of the real-life counterpart. With the light airframe being propelled by a powerful Klimov VK-105 engine, the aircraft possesses very good acceleration properties and a good rate of climb. It is also very agile, especially at low altitudes. However, while the Yak-3 is one of the best low-altitude dogfighters available in the game, its high-altitude performance leaves a lot to be desired. Yak-3 pilots should always keep their aircraft below 5 km altitude to maximize their strengths. The Yak can also be used as a Boom & Zoom aircraft, however due to low wing endurance it is advised to always control the speed of the dive and not use excessive force to pull out of it.

The armament of the Yak-3 is also very solid. A combination of nose – mounted 12.7 mm machine guns and a 20 mm cannon is more than enough to tackle any enemy you face. The fact that the armament is nose mounted also means that the pilot does not have to worry about staying in convergence range as with the wing-mounted weaponry. The drawback, however, is a low ammunition count – with 120 rounds of 20 mm cannon ammo and a total of 500 rounds of machine gun ammo, it is advised to conserve the ammunition and only fire when the pilot is certain of hitting the target. With regards to the ammunition choice, the combination of anti ground target belts for both the machine guns and cannons will prove deadly, as the Armor Piercing rounds of the MG’s and High Explosive rounds from the cannon complement each other very well.

Overall, the Yak-3 can be considered as a "jack-of-all-trades, master-of-none" aircraft. It will fulfill any fighter role a pilot will put it in, however it won't excel in any – the American and German aircraft will be better at energy fighting and executing Boom & Zoom tactics, while the British and the Japanese planes will have an edge in maneuverability. Still, the Yak-3 is a very potent machine which, with a skilled pilot behind the controls, is an opponent that you don't want to underestimate.