Lt Cdr Eugene Esmonde
30 October 2014 Ace of the Month
Attention! This news was published on the old version of the website. There may be some problems with news display in specific browser versions. 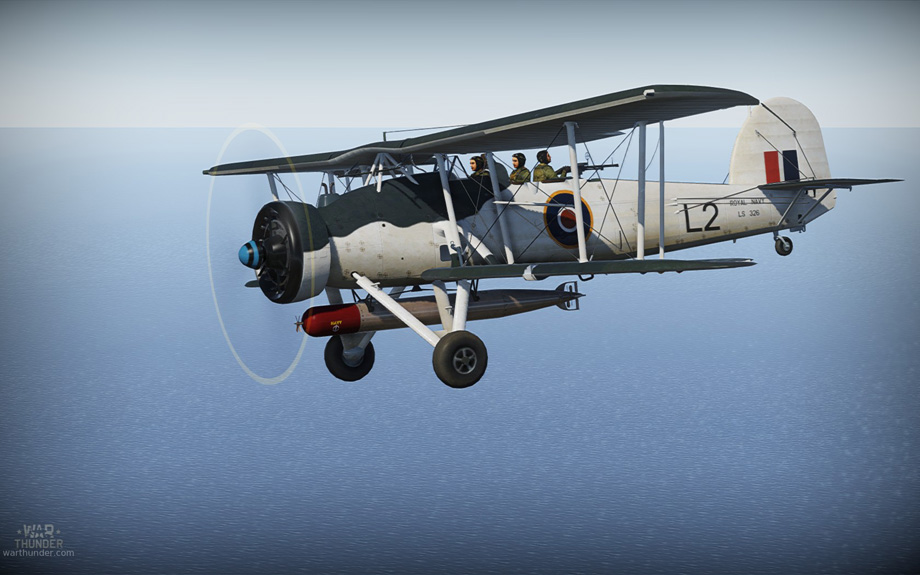 On February 11th 1942, the unprecedented sight of a vast German armada of warships ploughed its way directly through the English Channel in a bold act of defiance. In broad daylight, the battleships Scharnhorst and Gneisenau, together with the heavy cruiser Prinz Eugen and an escort of some fifty smaller warships sailed through rough seas to return to Germany. Overhead, struggling through low cloud and drizzle, was an expertly coordinated umbrella of fighter cover as approximately 280 Luftwaffe fighters kept a constant watch on their maritime brethren, ensuring that no fewer than 32 fighters would ever be overhead the Kreigsmarine force. Directing this aerial cover was none other than legendary fighter ace Adolf Galland.

Shortly after 1.30pm, through the drizzle, mist and murk, appeared a single squadron of Spitfires to face the combined onslaught of German warships and fighters. Below them, heading south from the English coast, was a sight which not a single German witness could ever have anticipated, a sight which Galland himself called nothing short of ‘death-defying courage’ – a single formation of six Swordfish biplanes under the command of Lt Cdr Eugene Esmonde were going to attempt to stop the German battleships.

Eugene Esmonde and his twin brother were born near Sheffield, England on March 1st 1909. Of Irish descent, the Esmonde family were honoured to hold a Victoria Cross in their roots – Captain Thomas Esmonde was awarded the VC during the Crimean War for rescuing wounded soldiers under heavy fire. Eugene’s father was a medical doctor; whilst serving in the Royal Army Medical Corps, Dr John Esmonde died of a heart attack in 1915.

Although now in financial difficulties, the family rallied around the Esmondes and Eugene was raised in relatively wealthy conditions. Very close to his mother, Eugene was given a strong, Catholic education and initially expressed a desire to join the priesthood. After being rejected by a girl he had fallen in love with in his late teens, Esmonde no longer believed the priesthood to be his vocation and began to look elsewhere for an opportunity to travel abroad and start afresh. In the winter of 1928 he applied to join the Royal Air Force.

After a year of training and standing out from his peers as a natural aviator, Pilot Officer Esmonde was awarded his pilot’s brevet in December 1929. Initially posted to No.26 (Army Co-operation) Squadron, Esmonde had only joined the RAF on a limited, short service commission of 5 years but had decided aviation was his life – he was remembered as quiet, studious, and intent on working hard for a full commission and career in the RAF. In March 1930, Esmonde was posted to No.43 Squadron to fly Siskin fighters. Promoted to Flying Officer in June, Esmonde was sent on a 16 week maritime aviation course before then being sent to the Fleet Air Arm – at this time still a part of the RAF.

Converting to the Blackburn Dart torpedo bomber, Esmonde first embarked onboard the carrier HMS Courageous with No.463 (Fleet Torpedo Bomber) Flight. Whilst Esmonde enjoyed the new challenges of aviation at sea, there was a notable personality clash with his Commanding Officer and in 1931 he failed a specialist examination which was critical to his career progression. At a time of severe cut backs and civilian unemployment, Esmonde feared the worst: he qualified as an instructor to amass as many flying hours as possible. He was remembered as a quiet and patient instructor. After a short period on Virginia bombers, Esmonde left the RAF in December 1933.

Esmonde, with only 855 hours in his log book, took employment as a co-pilot with Imperial Airways. A good pilot but an unassuming potential crew commander, Esmonde was not promoted to Captain until 1936, after flying many hours in Singapore and India. Again, co-workers later recalled a softly spoken, quiet and polite individual. Expanding his aviation experiences further still, in 1937 he began operating flying boats. However, with war only just over the horizon and the Fleet Air Arm being handed over to the Royal Navy, the Admiralty offered Esmonde a commission and a return to military aviation. Esmonde was hesitant; a second letter offered him the rank of Lieutenant Commander and a fifteen year commission. In April 1939, with 5500 hours logged, Esmonde joined the Royal Navy.

After a conversion course, Esmonde took command of 754 Naval Air Squadron in May, a training unit flying Walruses and Seafoxes from Lee-on-Solent. However, keen to see front line service, Esmonde repeatedly submitted a preference to take command of a front line unit. It was not until May 1940, eight months after Britain’s entry into the war, that Esmonde was given command of 825 Naval Air Squadron, equipped with nine Fairey Swordfish aircraft.

Based at RAF Detling, Esmonde immediately led his squadron on the offensive, carrying out anti-submarine patrols, reconnaissance, anti-shipping strikes and even moving on to daylight attacks against tanks and gun batteries in the Calais area. The squadron lost eight aircraft in only six weeks of operations, as was withdrawn to reequip. In September, 825 NAS embarked aboard HMS Furious for operations against German forces in Norway. Whether it was the pressure of command or a different side to Esmonde, he became unpopular with many of his crews for his rigid insistence on pressing on regardless, and his unapproachable nature.

After a relatively quiet beginning to 1941, 825 NAS again embarked aboard Furious with six Swordfish for a convoy run to supply Hurricanes to RAF squadrons in North Africa. Perhaps growing in experience of command, his crews noticed a more mellow and approachable leader. In May 1941, 825 NAS embarked aboard the new carrier HMS Victorious. It was not a moment too soon.

On May 24th, the German battleship Bismarck sank HMS Hood, and 825 NAS were launched into action. Esmonde piloted the first Swordfish off the carrier’s deck and led 825 NAS into the icy winds of the North Atlantic night. Braving a hail of fire from every weapon which bristled across her decks, the nine Swordfish attacked the gargantuan warship in Sub-Flights of three from all sides – one confirmed hit and one probable hit were scored; Esmonde’s observer later commented that he believed it was Esmonde’s torpedo which struck the Bismarck dead centre. However, the mighty warship merely shrugged off the attack and carried on; 825 NAS were involved in the search over the next two days, but it would be the Swordfish of 818 NAS who would eventually cripple the Bismarck and seal her fate. Nonetheless, Esmonde was presented with the Distinguished Service Order personally by King George VI nearly a year later.

In June, 825 NAS transferred to HMS Ark Royal, and was mainly involved in anti-submarine patrols in the Mediterranean, punctuated with occasional ground strike sorties. On November 13th, Ark Royal was hit by a torpedo from a U-boat and, despite every effort to save her, sank the next morning. Esmonde refused to leave the ship and remained onboard to the very last moment, arranging food and drink for the damage control crews. He was Mentioned in Despatches for his bravery.

On February 12th, the day after receiving his DSO from the King, Esmonde was checking his aircraft at RAF Manston when news reached him of three German capital ships steaming straight through the English Channel. Esmonde was promised six squadrons of Spitfires to escort him against the fleet – but the decision on whether to attack or not was left to him. He immediately replied that the squadron would go.

Esmonde’s friend, Wing Commander Tom Gleave, was Station Commander at RAF Manston – he later recalled the ashen look on Esmonde’s face as he glanced across from the cockpit of his Swordfish just before take off. Gleave said it was the look of a man who knew he was already dead. Hampered by the horrific weather and poor communications, only one squadron of Spitfires arrived at the rendez-vous with the Swordfish – although two more squadrons would catch up once the strike had started. Esmonde decided to attack regardless.

The Swordfish attack against the German fleet has now passed into aviation legend as a vain but heroic action – the six biplanes were cut to shreds by AA fire and German fighters. Only 5 of the 18 aviators survived. Esmonde and his crew were amongst the first killed. Eugene Esmonde’s posthumous Victoria Cross for his actions was one of only two VCs awarded to the Fleet Air Arm during the entire war, and the second for the Esmonde family.