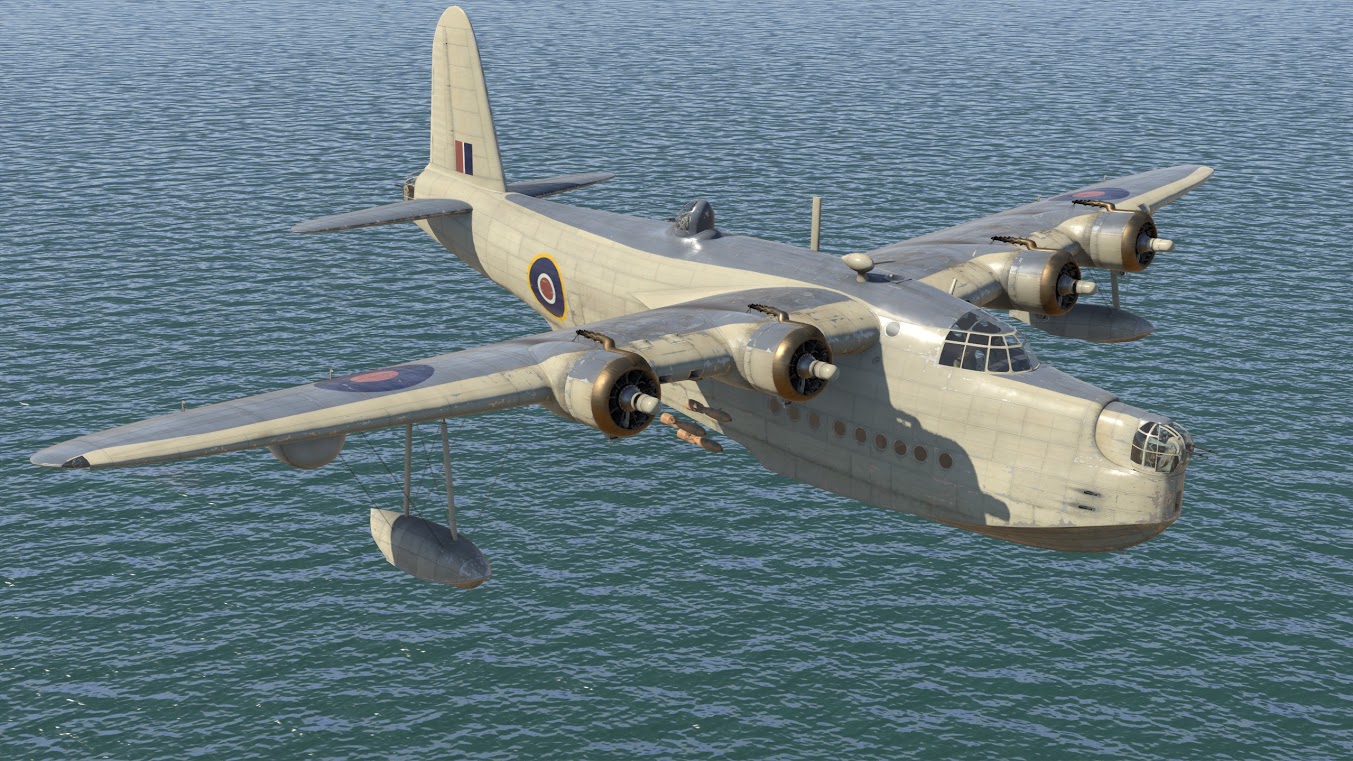 Based on a civilian mail and passenger aircraft, the British S.25 Sunderland became one of the most famous flying boats of the Second World War. The seaplane was developed to meet the needs of the coastal command of Britain’s air force as a long-range scout and submarine hunter, but over its years of service, the Sunderland also worked as a transport plane, a warrior, and even a VIP transport – the royal family of Greece was evacuated in one. Because of its gigantic size and capacity, British pilots dubbed the plane ‘the flying hotel’ – apart from its 7-10 crew members, the Sunderland could comfortably house a relief crew in sleeping quarters, fixed frontal and turret machine guns with a large ammunition complement, up to 2,000 pounds of bombing equipment (roughly 907 kg), radar equipment and even spare blades for the propellers. The historical fact that the aircraft evacuated 82 people (not counting its crew members) in a single flight speaks to the Sunderland’s capacity.

In War Thunder update 1.57, we present the S.25 Sunderland in its later Mk III modification, which differs from its predecessors first and foremost in the flowing contours of its bilge lines to improve the aerodynamic properties of the flying boat. For the Sunderland, like the other flying boats and seaplanes in the game, our artists recreated the transmissive landing gear which allowed the aircraft to land on terra firma also. 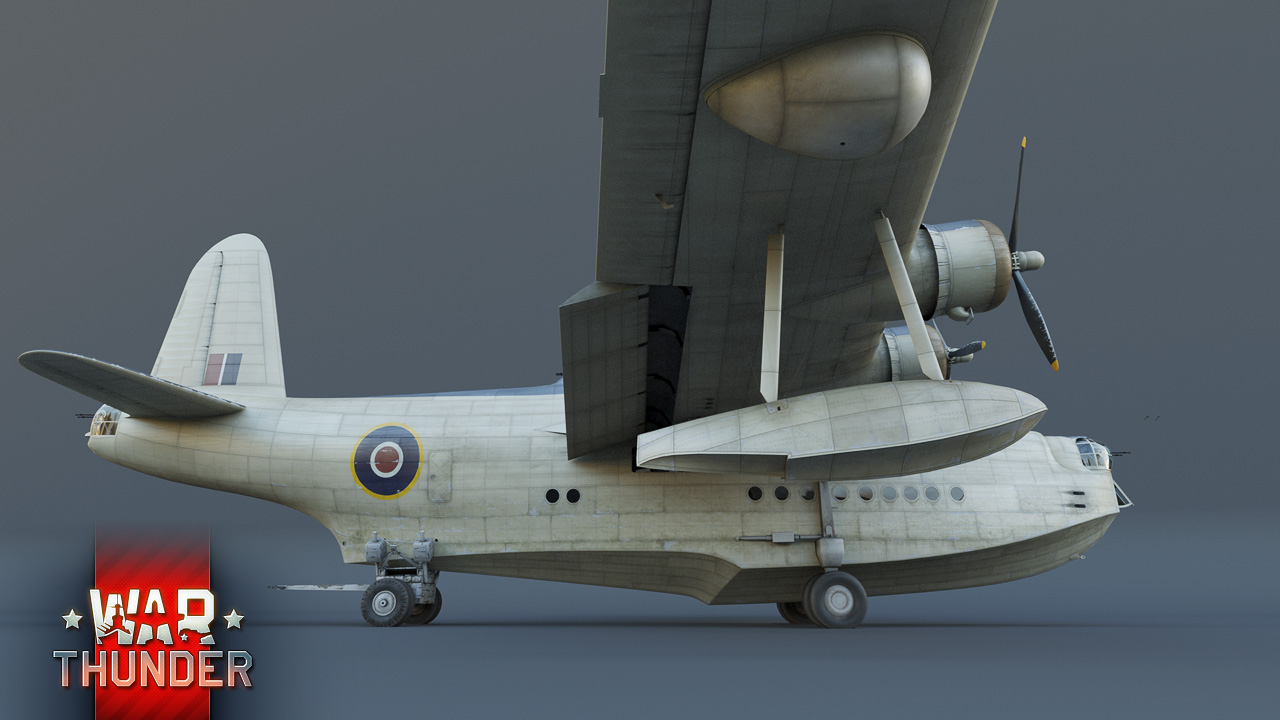 The four 9-cylinder single-row air-cooled radial Bristol Pegasus engines with an output of 1065 horsepower had extremely interesting flame suppressors. We tried to duplicate their shape on our model of the Sunderland. 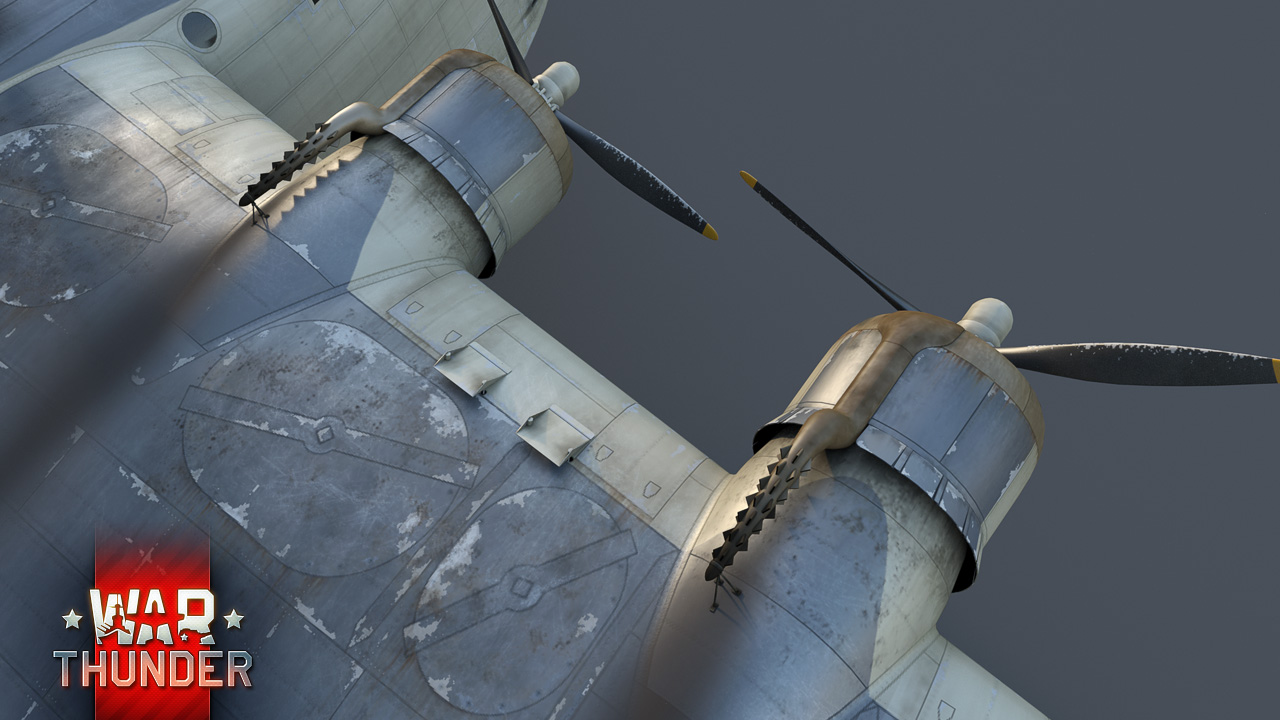 In spite of its size, the Sunderland’s bomb load is small – up to only 2,000 pounds. To avoid ruining the hermetic seal on the underside, engineers from the Short Brothers company located the bomb hatches in the side of the fuselage just below the wing root – an electric mechanism extended the bombs out on special rails along the sides of the flying boat, from where they were then dropped. This engineering solution has been recreated in our in-game model. 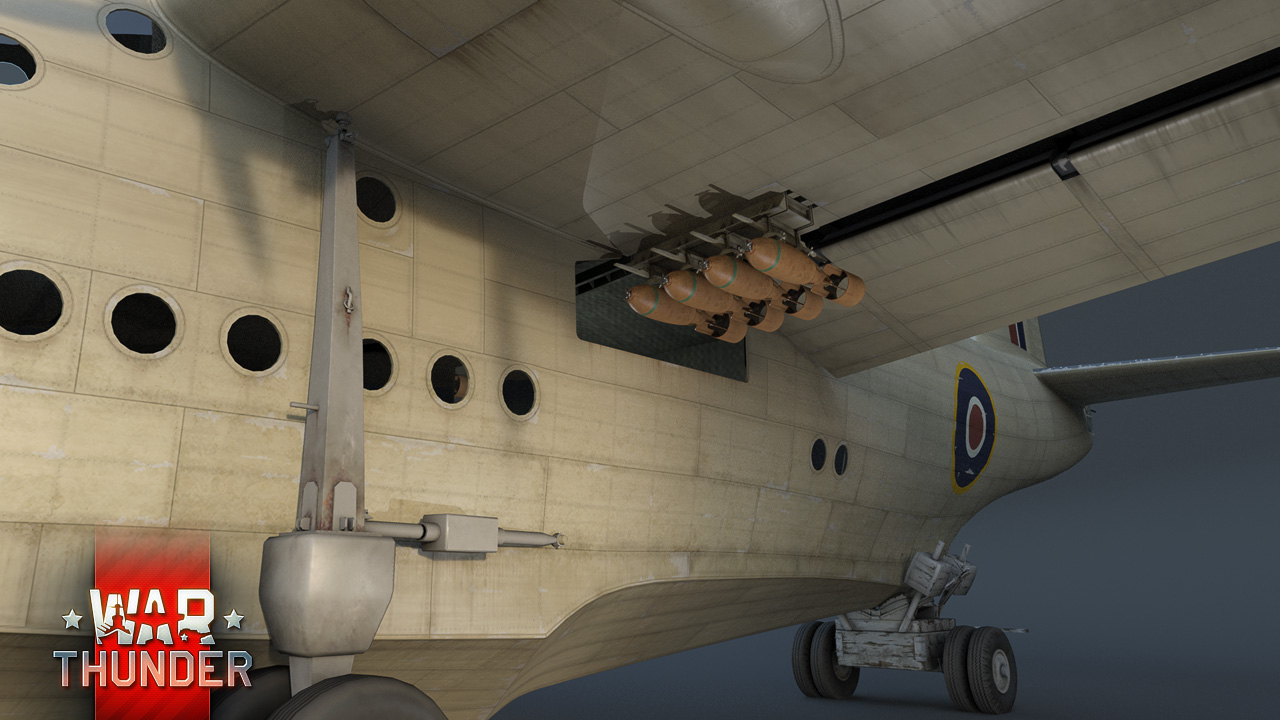 The Sunderland was developed in the early 1940s. It had a low speed and machine gun armament, so this flying boat will be found in the low-ranked battlefields in War Thunder. Any true connoisseur of legendary aircraft simply must have a Sunderland in their hangar! Meet this two-story ‘flying hotel’ in War Thunder Update 1.57. See you in battle!