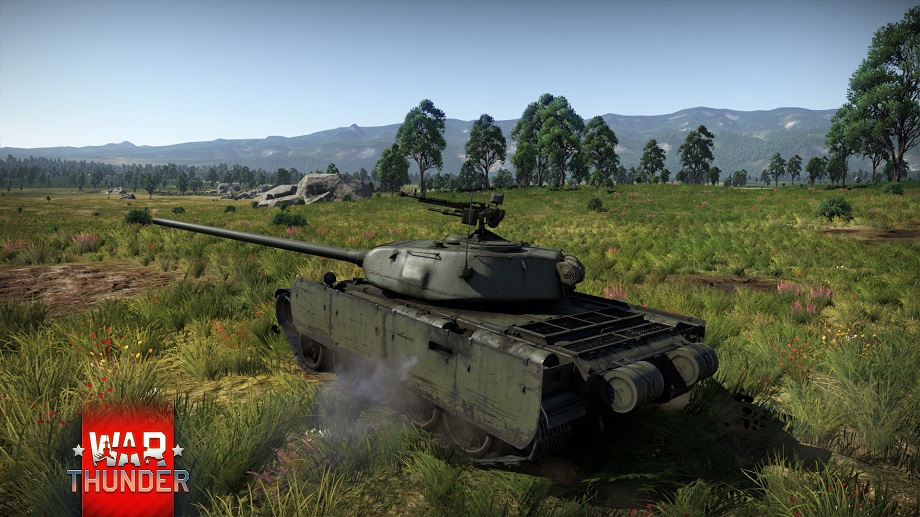 The T-44 in War Thunder is an excellent armoured vehicle. Fast, with great dynamic movement and a wonderful “ricochet inducing” turret. Everything is great in this tank, its regular 85 mm gun allows it to confidently strike targets within its rank from the side and rear. It does however have issues with its frontal armour – many of its enemies have gained more than 120mm of armour thickness, which can only be penetrated with APCR shells or by aiming at any “apertures” to burst through the hull.

In the War Thunder 1.55 update, the T-44 has been introduced with its 122 mm cannon, which was mounted on the IS-2. This vehicle became the favourite of sniper tankers who used the speed of the T-44 to deliver its deadly weapon to a convenient and unexpected firing position. However, its high damage comes at the cost of an extremely long reload time for a medium tank.

War Thunder version 1.57 offers a new model of the Soviet T-44 tank with a 100mm D-10T cannon, which was installed on the older brothers of the T-44 – the top T-54 medium tanks. The cannon allows it to confidently strike almost all enemies at its rank, including, from the front, whilst at the same time it reloads significantly faster than the 122mm cannon.

The T-44-100 tank will take its place in the Soviet medium tank tech tree and will be available to research straight after the standard T-44. The in-game model of the tank differs from the version with the standard weapon in its altered gun mantlet, smaller command cupola and its DShK anti-air cannon. In accordance with the real-life T-44-100, our artists have even recreated the armour bulge on the left side of the turret which is designed to allow free operation of the breech internally, also having the observation instrument removed from the right section of the turret.

Mounted on the sides of the T-44-100 tank, 6mm applique plates have been added which provide additional protection from high-explosive ordnance, also protecting the running gear from explosions, aerial attack and artillery shells.

The tank not only allows a tanker to make quick, flanking maneuvers, but also permits acting in concert with heavy tanks for a main push: the 100mm cannon is a great reason to be brave and do some bold actions on the battlefield.

1. Which rank will it be? Will it join the Squadron battles?

Late rank 4. Yes, it will be available in Squadron battles.

3. Will the sideskirts work against HEAT shells? Will they be destructuible?

Certainly, the sideskirts will be effective against HEAT if hit at an angle.

The tank used both.

5. What penetration will the gun have?

Same as other tanks using a D-10T cannon​.

If you read the devblog carefully, you will see that it will be in the regular tree right after the standard T-44​.