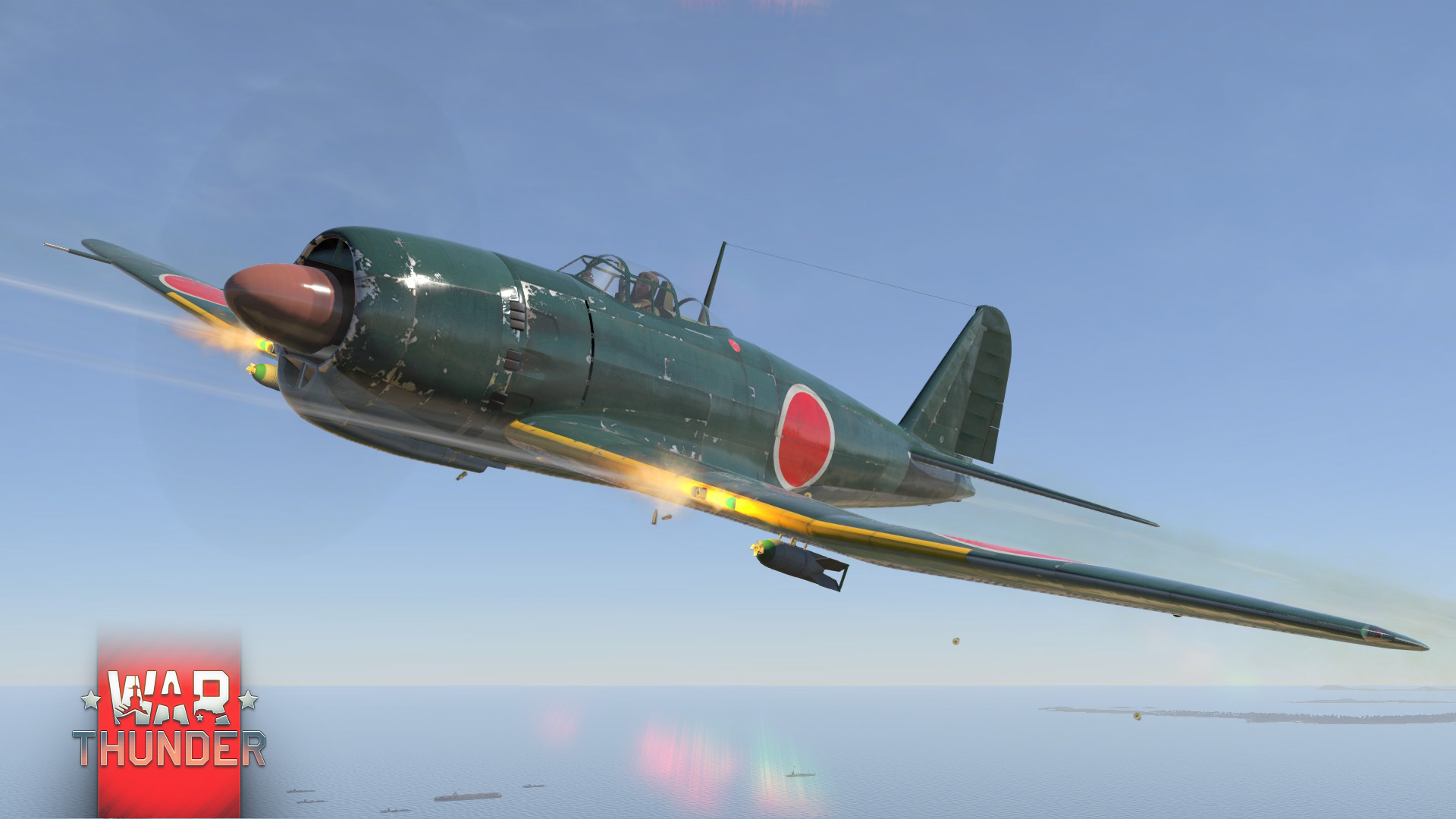 Hello Friends! We would like to continue to brief you about the aircraft which will soon appear in our game. There are many fans of Japanese planes among our players, but there aren’t that many of the aircraft themselves. This is why we try to expand their tech tree and gradually add new planes to the game. Say hello to the A7M2 fighter!

Unfortunately, the Japanese aviation tech tree does not have enough aircraft at every rank, which is something that we are trying to rectify. We have already added the A7M1 - the prototype of the carrier fighter as a premium plane. We are now adding the A7M2 to the main line of Japanese carrier fighters. The aircraft has excellent technical and flight characteristics and we are sure that our players will enjoy it.

Some of the external features of its predecessor the A6M can be seen in the A7M2. However, the aircraft definitely increased in size and changed its shape. The A7M2’s size and wingspan are really large for a carrier based aircraft..

The production variant of the A7M with index number 2. Unlike the prototype (which you already know about), this aircraft had the more powerful MK9A engine with an output of 2200 hp and a reinforced frame. The weight increase is compensated for by the new engine, so the aircraft inherited all of the best characteristics of its predecessor. The maximum speed has increased to 629 km/h while the climb rate has remained the same. There have also been no changes to the handling and maneuverability of the plane. This will be a very powerful weapon even if it is in the hands of an inexperienced pilot, so imagine what a real Samurai will be able to do with it!.