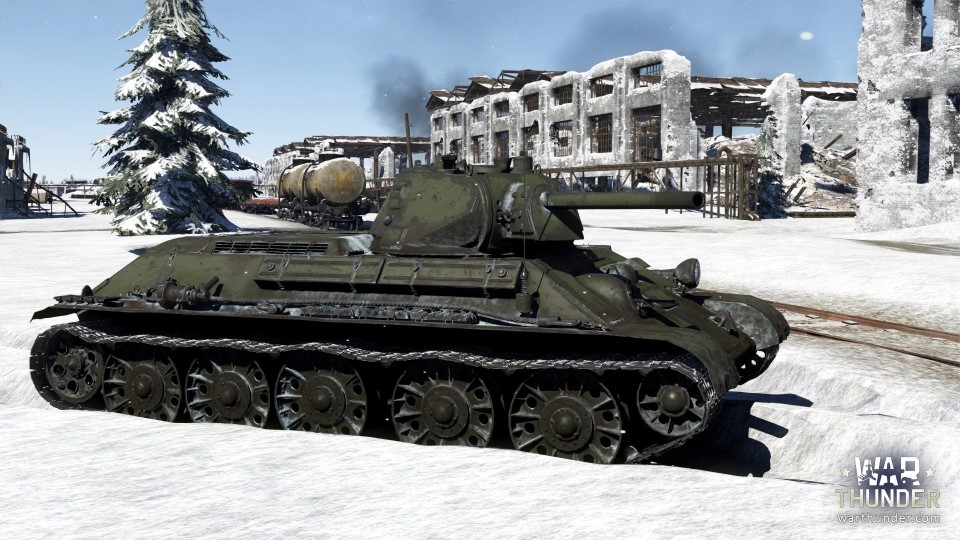 The Stalingrad map is very familiar to our pilots. Now tankers too will be able to do battle on the winter version of this map in an upcoming update.

The map is based on real photographs of the Stalingrad tractor plant district, taken during the bloody battles for the city.

Tank production continued until the conflict moved into the grounds of the plant itself. Before then, practically all the buildings had already been destroyed and tank components were not being delivered, but the workers created armoured vehicles by producing the missing parts on their own.

The ground combat part of the map is fairly large – 16 square kilometers.

Our artists have recreated the entire factory complex, the railroad and the surrounding area with many unique buildings and units being designed especially for this map.

Gameplay on this map will be pretty intense. The enemy can appear from numerous directions as the main encounters between the two sides will take place amongst the factory buildings.