Today we are introducing a legendary amphibious soviet tank - the PT-76. 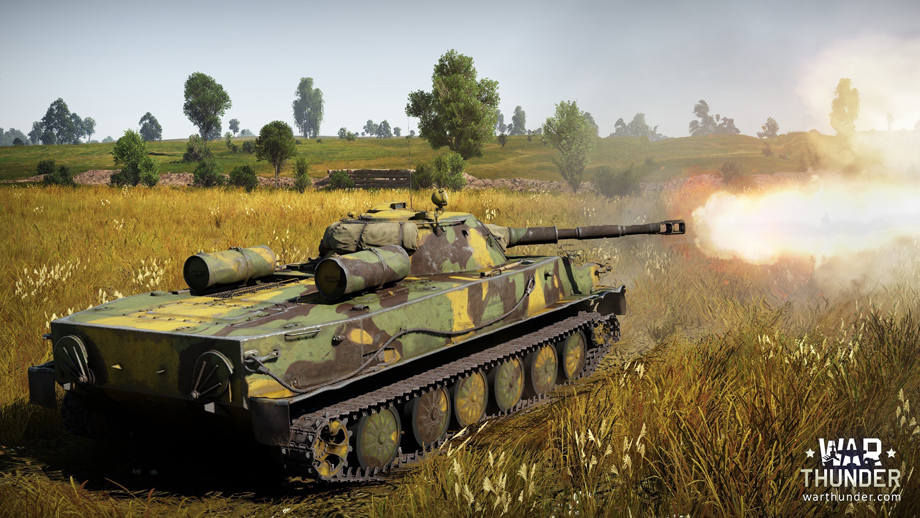 The PT-76 is an amphibious tank that was put into service in the USSR in 1951. This legendary vehicle will join rank IV of the Soviet light tanks line. Though the tank is protected only by thin bullet-proof armour, its maneuverability, low profile and rapid firing gun will allow this machine to stand against the most dangerous of enemies. Basic ammo for this tank is post-war APCR round and a more powerful HEAT round will be able to penetrate up to 200mm of armour.
Anticipating most popular question - will it be amphibious? Not at the start, but it is possible in the future.

The PT-76 was designed as an amphibious tank. Because of that, angles of the upper and lower armour plates of the tank’s hull are extremely large. The armour is very thin but if you are fortunate enough the tank may ricochet enemy rounds upwards into to the sky or to the ground. But of course this light vehicle should not rely solely on its armour. This machine is a very maneuverable (though not very fast) amphibious tank.

1. Do you plan to add high ranked light tanks for Germany?

Answer: The problem is that it is difficult to find information and sources on those tanks, the tanks that were produced and tested. If we have enough info - we will add them.

2. Why only APCR and HEAT rounds?

Answer: Not only these. It will also have AP and HE rounds.

3. Can 50 caliber machine gun penetrate it?

Answer: Yes. Not the upper front plate, but lower can be penetrated from about 100 metres, sides are vulnerable from about 1 km and so on.

4. Will there be any other amphibious tanks?

Answer:  It is possible.