Devblog
back to news
9 September 2015

Today we are introducing a medium US tank - the M26 Pershing with T99 rocket launcher system - a premium vehicle, which will take its place at the 4th rank. 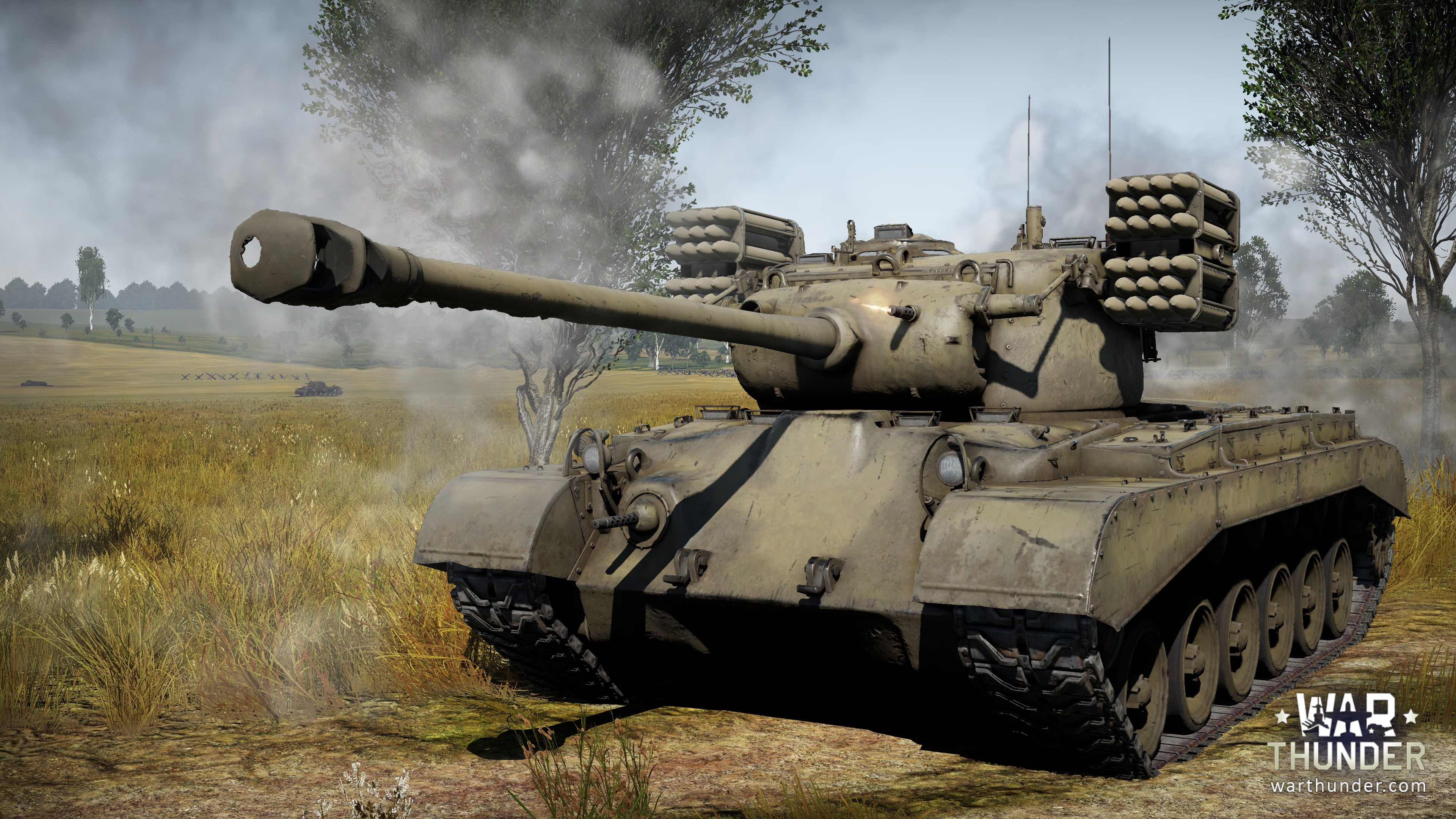 This vehicle will be the first rank 4 tank with rocket armament and will represent a serious threat to any enemy that meets it on the battlefield. The Pershing by itself can be a very dangerous opponent at its rank, and this additional weaponry expands its potential even further.

This is your usual M26 with four containers containing 11 rockets in each. The result is a powerful 90 mm M3 cannon with the addition of 44 rockets. Here, in contrast to the Calliope, the launchers aren’t as large and don’t unmask the tank. Apart from that, hitting them is a lot more difficult. So this vehicle has a chance to become a very dangerous heavy tank hunter.

1. What will happen to the rocket ammo rack if it gets hit? Can we destroy it with MGs??

Answer: "Rocket ammo racks cannot be destroyed by MGs, you will need to hit it with HE, HEAT or AP rounds that contain explosive filler. This will lead to the detonation of the rocket ammunition and destruction of the tank. However, note that an explosion (or cumulative jet) should damage the ammo itself. "

2. What type of rockets will it have? What is their penetration value?

Answer: "The same rockets featured on the Calliope, they have penetration value of 29mm near the center of the explosion. "

3. Will you add more detailed info to the rocket’s info card?

4. How will rockets affect the tank’s performance?

Answer: "Compared to a usual M26 there will be only one difference - Mass (rockets’ mass will be added)."

5. Do you plan to add any late rank rocket vehicles for other nations?

Answer: "The problem is that there is not enough sufficient info on such vehicles that used unguided rockets. If you want a certain rocket vehicle to be added and you have data and sources - feel free to create a suggestion topic!"