In today's Development Blog we will present to you the Soviet Yak-9B - A bomber modification of the Yak-9D fighter and the long awaited the Hawker Hunter F.1 - A British jet-powered fighter! 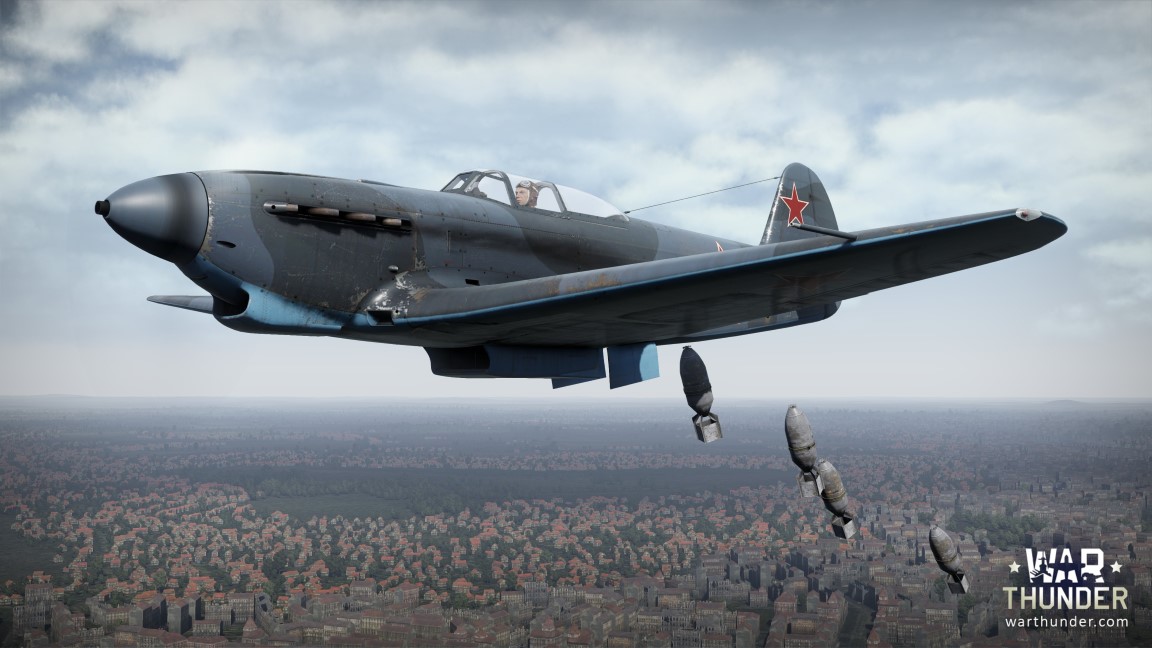 An interesting aircraft – your ordinary Yak-9, but capable of carrying 400 kg of bombs within its fuselage, which means without losing speed due to drag. The Yak-9B is a bomber modification of the Yak-9D. It was produced closer to the end of World War II. The aircraft’s frontal armament wasn’t weakened, which means that if necessary, it could stand up for itself in an air battle against enemy fighters.

The Yak-9B day bomber came as a result of further development of the Yak-9D, one of the Soviet union’s most popular fighters. Several visual differences can be seen in the Yak-9B, including a cockpit situated further down the fuselage, and four mounts onto which bombs were suspended.

The normal bomb load that was considered for these aircraft was 200 kg of bombs (two FAB-100 or two cassettes PTAB-2.5-1.5 in front holders). The mounting of 400 kg bomb loads was considered an overload, with testers and front-line pilots noticing a lack of aircraft stability due to a rearward displacement of the center of gravity.

The aircraft was intended to bomb an ‘area’ as opposed to precise locations, as dive-bombing at angles of up to 50 degrees was not possible due to sight related restrictions. 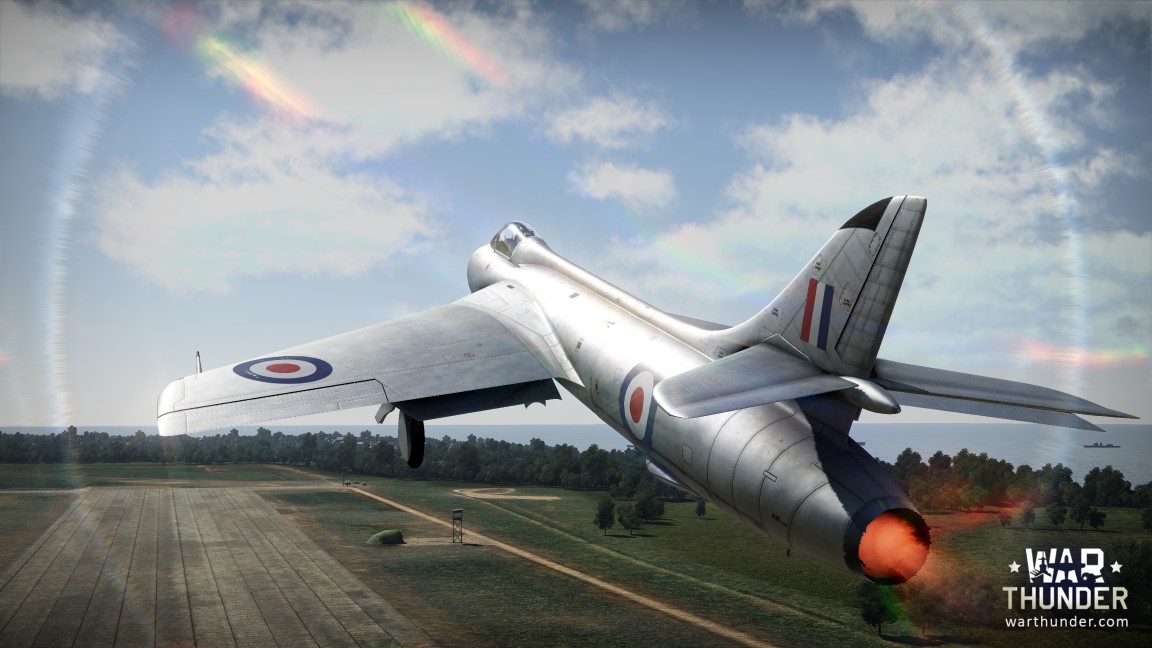 I think fans of British aviation have sometimes thought that the top-range British jet fighters, represented by the Meteor family, sometimes have a hard time in combat against the MiGs of the USSR and East Germany.

The new jet-powered British fighter, the Hawker Hunter F.1, should correct this situation. This post-war experimental aircraft will be an excellent top-range British jet-powered fighter, capable of giving any opponent a run for its money.

The arrow-like wing, the tail, all the amazing lines of this wonderful aircraft tell us just one thing: it was built for speed. Yes, this fighter can amaze with its appearance alone. I think this is one of the most beautiful aircraft we’ve ever made.

In the wake of the recent tragedy at the Shoreham Airshow involving a Hunter T.7,
thoughts and condolences are with those affected and involved in the incident.

Question: Where in the tech tree is the Hunter going to be placed? After the last Meteor, or in the Hawker line after the Tempest Mk II?

Answer: It will be placed in the Hawker line after the Tempest Mk II.

Question: The Hawker Hunter gun sound on the video was the one used by Mk 103. Is it planned to change it ? Especially with such a big difference in fire rate.

Answer: Yes, now it’s a placeholder and we do plan to add authentic sounds for these guns.

Question: Can we expect the speed of 1,150 km/h (once fully upgraded) as it historically was or will it be a bit nerfed?

Question: Will it have air brakes?

Answer: Yes it will.

Question: Will there be optional ground ordnance such as rockets or bombs?

Answer: No, this version of the Hunter had neither rockets nor bombs.

Question: Will the aircraft use a placeholder FM or a brand new FM?

Answer: It will have its own FM.

Question: Where in the tech tree is Yak-9B going to be placed? What BR will it have.

Answer: It will be rank 3 in Yak line.

Question: Does this mean that we are going to have Ptab bomblets in the near future?

Answer: PTAB bombs are planned. No ETA yet, hopefully they will come this year.

Question: Will it have an arcade bomb sight?

Answer: Yes. Similar to that one of the attackers at acceptable dive angle.

Question: What cannon and machine gun does it have?

Question: Will the bombs detonate when hit?

Answer: No, just like bombs don’t detonate on the bombers when they are hit. Bombs do not detonate that easy.

Question: Will it have the same FM as the Yak9t?

Answer: No. It has its own FM - just a little bit slower top speed and significantly lower climb rate when flying with bombs.